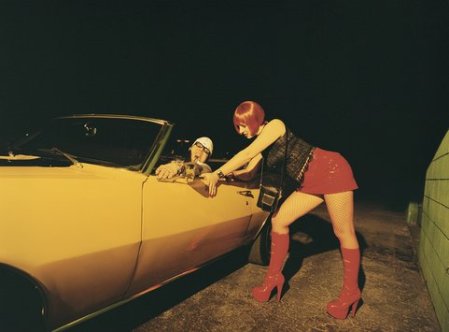 Deep and meaningful negotiations are under way on the inevitable cultural impacts.

Just because it’s legal does not make it right.

Alf was never happy about legalising prostitution in this country, for example. Or permitting civil unions. Or letting teenagers into pubs.

Hence he is not impressed by the defence being advanced by the iwi that was given money by Meridian Energy, apparently to reverse its opposition to a West Coast hydro dam.

The iwi is saying the payment was a “legitimate” part of the resource consent process.

Of course it is. Perfectly legal.

It raises lots of questions in Alf’s mind, nevertheless.

The story is told at Stuff today –

Meridian last week revealed it had paid an unspecified sum to Te Runanga o Ngati Waewae for work it had done to assess the cultural impact of the company’s proposed Mokihinui River hydro project.

Ngati Waewae chairman Francois Tumahai said if the scheme went ahead, it and Meridian had agreed to establish a “cultural fund” to be used to enhance “cultural values both in and out of the Mokihinui catchment as mitigation for the cultural losses as a result of the project”.

The iwi had “not accepted a donation”, he said.

“Mitigation should not been seen in that light as it is provided for under the Resource Management Act.”

The iwi had identified what the cultural impact of the dam might be, and there would be a “cultural health index” to monitor its effects.

This Tumahai bloke is being circumspect, it’s fair to suppose, because he said he had been instructed at an iwi meeting at the weekend not to comment further.

Another good reason for being circumspect, maybe, is that the poor bugger has been lumbered with the name Francois.

Meridian was granted resource consent for the project, north of Westport, a week ago.

As with most Maori issues, things are complicated.

Finding someone who can speak for an iwi can be tricky, for starters.

In 2008, Rick Barber submitted against the dam because of its cultural and ecological impact.

Barber said he was part of Ngati Waewae’s land and environment unit at the time.

However, Ngati Waewae changed its stance during the hearing and claimed Barber did not represent its true views.

Barber said yesterday that his submission was “absolutely” the iwi’s position after consultation and site visits.

“Any Maori who would like to see a river dammed isn’t Maori as far as I am concerned.”

Meridian spokesman Alan Seay told the Stuff bunch that the initial payment to Ngati Waewae had been “recompense” for work assessing the cultural impact.

Payment into the cultural fund would not take place until the dam was built, he said.

“The only money paid so far is in recompense for the time and cost Ngati Waewae have incurred for this work for us,” he said.

According to an earlier report on this dam business, the state-owned enterprise was granted resource consent last week for the $300 million, 85-metre-high dam and power station north of Westport.

The dam, three kilometres upstream of the Seddonville settlement, will create a 14km-long lake and flood public conservation land.

Te Runanga o Ngati Waewae, the council representing a sub-tribe of Ngai Tahu, strenuously opposed the dam, but changed its mind during the hearing. This week, it publicly supported the scheme.

Yesterday, the iwi said Meridian had agreed to pay into a fund “to monitor effects”.

The Stuff report recalled then that in a 2007 deal, Meridian reportedly paid $175,000 in return for the Conservation Department not opposing a wind farm in Central Otago.

As for the latest deal:

“They did a lot of work for us in assessing the cultural impact of the project,” spokesman Alan Seay said.

“The cultural project we are funding is to offset the impact of the project on the mauri [life force] of the river.”

In Ngati Waewae’s original submission, represented by Richard Barber, it opposed the scheme for cultural reasons. “Ngati Waewae considers that the construction of the dam, power-generating stations and the associated infrastructure, such as the lake and transmission lines, will degrade the awa [river] and present a significant loss to the tangata whenua,” he told commissioners.

However, Mr Tumahai said Mr Barber had not represented the true views of Ngati Waewae. The iwi had originally had a neutral stance on the project, he told Westport News.

After the hearing adjourned, a letter from Mr Tumahai indicated to hearing commissioners that the runanga was no longer opposed. Commissioners said Ngati Waewae’s concerns had been largely “negated”, and noted “ongoing discussions” between Maori and Meridian.

Alf supposes it isn’t easy, assessing the cultural impacts of a dam and
the impact of a project on a river’s life force. It probably takes prodigious research.

Betcha constructing and calibrating a cultural health index is hard yacker, as well as intellectually demanding.

Will non-Maori be able to read the index? Or are these things beyond the ken of we pakeha?

How do the clever members of Ngati Waewae measure this mauri stuff? And how exactly is this mauri affected by the raising of river levels?

Actually, it sounds like bollocks, to Alf, and probably is.

If Meridian wants to pay big bucks for bollocks, that would be fine – but only if customers aren’t obliged to pick up the tab. Trouble is, they will be obliged.

Oh, and just a final thought: does the river have cultural values for anyone other than Maori, and if it does, how will they be compensated?

This entry was posted on Tuesday, April 13th, 2010 at 11:10 am and is filed under Maori affairs. You can follow any responses to this entry through the RSS 2.0 feed. You can leave a response, or trackback from your own site.