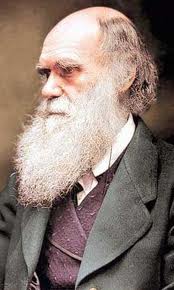 "But if a few poofs do top themselves, they will be improving the species by removing themselves from it."

Ask anybody what adjective goes best with the word “professor,” – Alf recalls reading a few years back – and the answer will almost certainly be “absent-minded,” or possibly “nutty.”

Popular culture is full of addlebrained academics, whether they be villainous madmen like Professor Morbius in Forbidden Planet or Sherlock Holmes’s archenemy Professor Moriarty; crazy cranks like Professor Emmett Brown in Back to the Future, or well-meaning but harebrained eccentrics like Professor Brainard in The Absent-Minded Professor, Professor

The article appeared in the US Chronicle of Higher Education.

But nutty professors are to be found everywhere.

Some of the buggers in this part of the world are worse than nutters – they are seriously unhinged.

This must certainly apply to the professor who has pulled political correctness into the pits of the pathetic by complaining about a small scene in the Air New Zealand in-flight safety video.

The video depicts All Black Richard Kahui as somewhat coy when given the opportunity to give a male flight attendant a European-type cheek peck.

As the Marlborough Express observes –

The crew member is gay. While that is not apparent or relevant to the safety briefing, a few people from the gay and lesbian community have objected, and a university professor has raised the possibility that this depiction could lead to gay male suicides.

Does this plonker seriously think poofs who see the scene in question are going to top themselves as a consequence?

Who is this mentally enfeebled academic and why on earth are we paying the bugger whatever it is we pay a professor nowadays?

Mind you, the airline is being pathetic too in agreeing to remove the scene from the video briefing.

SOLO’s Lindsay Perigo speaks for Alf on the matter, and does so eloquently, when he says –

Among the complaints was a suggestion from some deeply stupid professor that the video could lead to gay male suicides.

“Anyone, including deeply stupid professors, so devoid of humour as to take offence at this scene should commit suicide, as a favour to himself and the rest of us,” says Perigo.

“These fun-fascist Thought Police rule the world, thanks in part to the effete acquiescence of corporate blouses such as Air New Zealand.

“Until the precious poofs did their shrieking, the video, Crazy About Rugby, starring several of the tastiest All Black hunks, Â with coach Grumpy Graham and captain Raunchy Richie in the cockpit, had been a phenomenal success…

Alf agrees with Perigo that Air New Zealand should get some balls and tell the poncy professors and professional ponces to sod off.

This entry was posted on Monday, December 13th, 2010 at 1:54 pm and is filed under Political correctness. You can follow any responses to this entry through the RSS 2.0 feed. You can leave a response, or trackback from your own site.