It will be a bugger of a job trying to work out which J.McSweeney should be given a wide berth 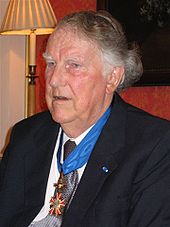 A great role model - except, perhaps, for J.McSweeney.

Somewhere around New Zealand is a bloke or sheila known to Alf and the public only as J McSweeney.

It’s a pity we don’t have a better fix on the identity of this J.McSweeney – a particularly precious and prissy person, it would appear – because there are bound to be heaps of admirable J. McSweeneys out there, and the whole point of this post is to warn all sensible folk to give the J.McSweeney in question a very wide berth.

It’s almost as perlexing as trying to work out which 46-year-old celebrity had been done for disorderly conduct after his name had been suppressed and before he outed himself as Martin Devlin.

Similarly, without knowing one J.McSweeney from another, it is hard to take heed of Alf’s warning. Accordingly we might accidently bump into the J.McSweeney who is best avoided and – too late – find that, yes, this is one who is boorish and totally and utterly lacking in a sense of humour and fun.

We can be assured he/she should be on a “best avoided” black list on the strength of an NZPA report today. It says –

How can any red-blooded Kiwi of either gender (and all of Alf’s mates and their missuses come into this category) take exception at our great All Black expressing himself in the simple, easily comprehended language of The Kiwi Bloke.

Alf fondly remembers being tuned into his radio in 1956 when another All Black, Peter Jones, was asked how he felt after a rugged test match against the Springboks.

“I’m absolutely buggered,” was the reply.

Alf did not hear current skipper Richie McCaw echo that comment 50 years later, but he has read about it in a report filed after an almost complete performance in a nail-biting win over the Wallabies in Brisbane.

Oh, and let’s not forget Sir Edmond Hillary, who ranks with our most highly-respected citizens ever.

The first person he and Sherpa Tenzing met after returning to base from their conquest of Mt Everest was his lifelong friend George Lowe. And his first words to Lowe were:

“Well, George, we knocked the bastard off. ”

So what has Colin Meads done in a TV advertisement to piss off J.McSweeney?

Meads’ oath came in reply to a question from fellow All Black legend Buck Shelford who said “Pinetree, rugby is not what it used to be eh?”

“Bloody oath it isn’t,” Meads replies in the advertisement for No8.co.nz, a website “for true rugby fans”.

The advertisement was screened on TV3 at 6.30pm.

J McSweeney accordingly said “they” objected to the use of a swear word, and that young children should not have to hear that type of language from a such a high-profile person.

But J. McSweeney took “their” concerns to the Advertising Standards Authority.

The authority has had the eminent good sense to decide there are no grounds to proceed.

The authority took into account that the word “bloody” had rated very low in the most recent Broadcasting Standards Authority survey of “acceptability of words on radio and television”, which was a useful guide in the acceptability of the term in society.

Although distasteful to the complainant, the words “bloody oath’ in the context of the advertisement did not meet the threshold to cause serious or widespread offence.

What the prissy J.McSweeney regards as bad language, Alf regards as good language. It leaves the listener in no doubt about what the speaker means.

In light of this, does Alf think J.McSweeney is a bit of a tosser?

Bloody oath he does.

This entry was posted on Saturday, January 29th, 2011 at 8:46 am and is filed under Uncategorized. You can follow any responses to this entry through the RSS 2.0 feed. You can leave a response, or trackback from your own site.