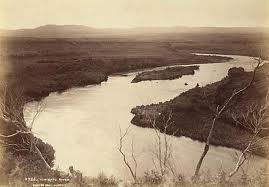 Can you see the taniwha? No? Then you aren't looking hard enough.

A press statement from the Wellington City Councilsays dragons and taniwha, as well as bears and sharks, “are moving into Opera House Lane”.

Until he was disabused by subsequent information in the statement, Alf saw this as a great opportunity to round up every bloody taniwha in the country and have them corralled in one place, well out of the way of modern developments they otherwise would frustrate.

But nah, no such luck.

In this case, we are dealing with arty-farty stuff.

At least 20 young people are right now buffing, undercoating and preparing the lane before they take to the fresh canvas with their stencils and paints over the weekend.

Led by the Boys and Girls Institute (BGI), this is the start of a number of projects Wellington City Council wants to undertake in Opera House Lane to improve people’s sense of safety.

Improve our sense of safety?

END_OF_DOCUMENT_TOKEN_TO_BE_REPLACED

Alf will be proud to place his whisky glass on this Prince William & Kate Middleton Wedding Commemorative Coaster.

Alf was delighted to read of the Royalist leanings of Aaron Hape and Chloe Oldfield, who strike him as being a splendid couple (and probably worth recruiting into the National Party).

According to the Dom-Post, they will be celebrating the wedding of Prince William and Kate Middleton tonight under red, white and blue streamers and before a portrait of the Queen.

Mr Hape said they were expecting about 30 guests – who have all been asked to dress for the occasion, whatever their views on the monarchy – at the party at their flat in Brooklyn, Wellington.

Alf wouldn’t bother inviting anyway who was not a staunch monarchist.

But he admires the 19-year-old Victoria University student who apparently co-ordinates the Wellington arm of Monarchy New Zealand.

He admires his taste in sheilas, too.

END_OF_DOCUMENT_TOKEN_TO_BE_REPLACED

Chances are you don’t give a stuff about inequality, but if you do then it’s time to take a tilt at Lotto

NZ Lotteries spokeswoman Kate Richards said the winner might not yet have realised his or her luck.

Alf suggests the bugger(s) might have lost their ticket.

But the point is this: the missing winner has a half-share in a $34 million lotto draw, the country’s biggest ever Powerball Jackpot prize.

More important, the bugger(s) have become richer at the expense of the rest of us, who have become that much poorer.

And yet Alf heard not one squawk of protest from the tossers who champion equality and the redistribution of wealth.

In the run-up to the draw, about 1700 tickets a minute were being sold.

Chances of winning were discouragingly thin.

END_OF_DOCUMENT_TOKEN_TO_BE_REPLACED

If a bloke can’t smoke a fag any more, will he be able to set light to a few faggots?

Yes, it's a fag - and he has the butt end near his mouth.

Back in 1988, Mark Todd featured in Sports Illustrated after winning his gold medal on Charisma at the Seoul Olympics.

At that time it was the horse’s age – not Todd’s – that drew comment.

Charisma was as old as any horse at Seoul, and surely the smallest. At the team awards ceremony, he really did look like a pony standing beside 11 real horses, and the scene was all the more bizarre when the riders dismounted and the tiny horse’s man stood head and shoulders above the other 11 riders.

But the star of the item was Todd, then aged 32, who was raised on a farm and had been riding since he was seven.

He has wavy brown hair that shines copper in the sun when he doffs his helmet.

He smokes Silk Cut cigarettes, and so there is a timeless quality to him as he stands there in his classic riding costume, razor thin, handsome and elegant—the way all people in cigarette advertisements, going to the hounds, used to look

That’s Alf’s memory of him in those days, too.

END_OF_DOCUMENT_TOKEN_TO_BE_REPLACED 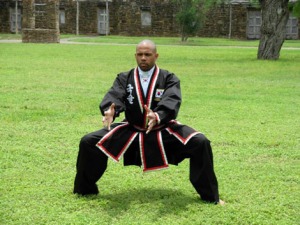 But first you must find a good horse.

There’s more media fascination with age this morning on news that Mark Todd has won the Badminton Horse Trials and set himself up for another crack at an Olympic medal.

The Herald raises it in the second paragraph of its report on the Kiwi horseman.

Remarkably, it was Land Vision’s debut at the elite four-star level, but Todd guided him home in masterful fashion to clinch his fourth Badminton crown, 31 years after the first.

END_OF_DOCUMENT_TOKEN_TO_BE_REPLACED

If the iwi protesters don’t want oil, what will they be using to power their boats?

Tell the paddlers we need more speed...the cops are catching up.

Hurrah for the cops who have arrested the tosser who was skippering a protest boat called the San Pietro during oil survey protests.

Charges have been laid. Good.

Elvis Teddy, the captain of San Pietro, was arrested for breaching the Maritime Transport Act after police boarded his boat yesterday morning amid protests against Brazilian company Petrobras’s search for oil.

Mr Teddy was charged with operating a vessel in unsafe manner under section 65 of the Maritime Transport Act, a police spokesman told NZPA today.

He was released on bail last night to appear in court in Tauranga on Friday.

Police are reviewing evidence and may lay further charges.

Just 12 months in the slammer? Alf must have dropped off when that bit of the legislation was being debated, because it would have been his strong inclination to argue the toss in favour of making this a hanging offence.

END_OF_DOCUMENT_TOKEN_TO_BE_REPLACED

A day to remember those who gave their lives for us

Rain could be a bit of a dampener.

Alf seems destined to get wet this morning – the weather is not to his liking for the Anzac Day service in the Eketahuna Community Centre.

Yep. The service should be under cover, but returned servicemen, servicewomen, and members of other organisations will be assembling at 9.45am and Alf will be among them.

More exposure to the weather looks likely at the wreath laying ceremony at the War Memorial after the service.

END_OF_DOCUMENT_TOKEN_TO_BE_REPLACED

Dunno where Joanne Carroll and Kathryn Powley went to school.

Presumably the twosome – both newspaper reporters – did not get their basics in the English language at the splendid Eketahuna school, where Alf was taught a few decades ago.

If they had gone there thy are bound to have been given an idea of the meaning of “mayhem”.

And if they didn’t go there, Alf would like to think they learned its meaning somewhere else.

1. Law The offense of willfully maiming or crippling a person.

2. Infliction of violent injury on a person or thing; wanton destruction: children committing mayhem in the flower beds.

3. A state of violent disorder or riotous confusion; havoc.

An element of chaos is involved.

END_OF_DOCUMENT_TOKEN_TO_BE_REPLACED

Don Brash is not too old to lead ACT – but is he daft enough to want to quit a great political party?

So how will he look in a yellow jacket?

It’s not often that Alf gets niggly during his visits to the splendid Keeping Stock blog site.

But at the age of sixty-mumble-mumble, Alf still aspires to leading the National Party, although he keeps this ambition very private so as not to give the buggers in the Beehive any grounds for questioning his loyalty.

It seems he is wrong.

A few reports at the weekend suggest Don Brash is scheming to do just that.

END_OF_DOCUMENT_TOKEN_TO_BE_REPLACED

But with your money and mine we will be ship-shape for 2013.

Dunno why we Nats are copping so much heat over the decision to pump $36 million of hard-earned taxpayers’ money into Team New Zealand’s 2013 America’s Cup campaign.

The blame should be heaped on Labour for doing the deal that contractually binds us to squander the money in this shameful way – a bloody boat race in San Francisco.

TVNZ has noted the Labour origins of the arrangement –

The Labour government signed an agreement with Team New Zealand as part of the team’s 2007 campaign against Alinghi in Valencia.

As acting economic development minister, David Carter can only try to ensure the best possible use is made of the investment.