Is the abandonment of Christchurch a Maori phenomenon – or is there a broader story? 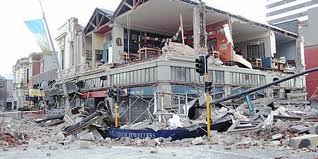 And all because the departing Maori feel they don’t have a stake in a city where fellow citizens – as ratepayers and taxpayers – have been subsidising their low-rent accommodaion.

Christchurch Maori academic Rawiri Taonui was reported today as saying many Maori are abandoning the city because they don’t have an ownership stake in rebuilding it.

That’s what we do – and rats, too – to get off sinking ships.

And the evidence for this claim that many Maori are abandoning the city?

While there is no official count, Mr Taonui says number of children attending some kura kaupapa Maori has halved since the February quake.

He says many came from families renting state houses in the eastern suburbs.

“A lot of them have left the city because it’s not the same as owning a private house. There’s not the same sense you have to stay there and defend it and patch it up to the last so to speak and I think that’s one reason why they’ve left,” Mr Taonui says.

Oh. So it’s all about ownership, is it?

Maori who own their homes are also weighing up whether to leave, because it could be hard to reinsure houses in the eastern suburbs.

Hmm. It sounds like they are being hard done by.

But as Alf understands it, council staff down there have completed initial assessments of all 115 of the Council’s housing complexes to get an overview of damage incurred.

These assessments have been followed up with a visit to individual tenants to check on their welfare and get more information about damage to individual units and services that tenants have available. Structural engineering inspections are now underway, starting with the worst affected complexes. Where these result in yellow or red placards, tenants are being assisted into alternative accommodation wherever possible.

The Christchurch City Council, for what it’s worth, has been providing rental accommodation for people in real need of affordable housing since 1938.

This, presumably, means ratepayers have been doing their bit to provide the rental accommodation.

Rents charged are significantly lower than market rates, although the council’s housing policy nowadays requires that social housing be financially self-supporting and not funded from rates.

But if ratepayers aren’t doing the subsidising, then taxpayers are doing it.

A year or so back, Alf recalls, enraged social housing residents were urging the Christchurch City Council to reconsider its controversial 24 per cent rent rise.

They were trying to forestall being required to pay between $13.50 and $48 more a week. This would be offset for most by the accommodation supplement benefit, which pays a 70% subsidy for every dollar of rent over a certain threshold.

The basic reason council staff gave for the rise was to raise $43.5m to cover renewal and refurbishment of housing units.

The council hopes the new money will mean 1350 units can be refurbished over the next five years, compared with 958 units redecorated in the past five years.

Alf could understand if the Maori exodus was driven by a need to find work elsewhere.

The Government has been braced for a while for an inevitable increase in the number of registered unemployed once business owners and workers affected by the Christchurch earthquake exhaust an emergency funding package.

Usually a key performance indicator, particularly during an election year, Social Development Minister Paula Bennett was today philosophical at the prospect of the unemployment rate spiking as the city enters the recovery phase following the 6.3 magnitude earthquake on February 22.

“It’s a reality, there’s no point getting worried about it,” Ms Bennett said after completing a tour of the city’s eastern suburbs, one of the worst-affected areas.

The bottom line, she said, was providing financial assistance and then finding ways to return them to the workforce.

“That’s what we have state support for. We have to work with them, retrain them and get them into the jobs that are there.

So did Waatea News mention the need to find jobs?

Nah. The Maori who are abandoning the city have no sense of belonging.

The report is headed: MAORI FAMILIES’ TIES TO CHRISTCHURCH TENUOUS.

But who else have tenuous ties?

Alf will betcha Ngai Tahu headquarters, which were shifted to Wigram after the quake, have not been abandoned.

Ngai Tahu administrators were digging in for the long haul.

Chairman Mark Solomon says it could be months before they can get back into their head quarters in Hereford Street to salvage belongings, because the building is adjacent to the doomed Grand Chancellor Hotel.

Temporary accommodation hasn’t stopped the iwi playing a major role in coordinating the tremendous relief effort by Maori from around the country and getting their radio station Tahu FM back on air.

And so Alf thinks he has been given a very misleading impression about what is going on.

The Waatea News hacks have failed to put the Maori exodus in a proper perpspective with comparative references to what non-Maori residents of the eastern suburbs are doing.

Alf imagines the lack of an ownership stake influences the thinking of citizens of all ethnic persuasions.

More important, they need incomes, which means they must look for work.

And chances are they therefore must bugger off from Christchurch, too.

This entry was posted on Thursday, April 7th, 2011 at 11:45 am and is filed under Housing, Maori affairs. You can follow any responses to this entry through the RSS 2.0 feed. You can leave a response, or trackback from your own site.