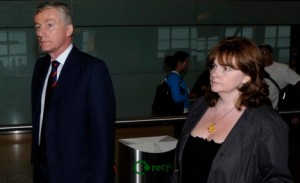 Sir Fred and Lady Joyce will have plenty to talk about when they get home.

Alf has never been too fond of bankers (and he hopes Mrs Grumble shares his aversion to the buggers).

But when he said they were bonkers, he was referring to their feeble grasp of his finances when they turned down his application for a loan.

It seems they are bonkers in more ways than one.

END_OF_DOCUMENT_TOKEN_TO_BE_REPLACED 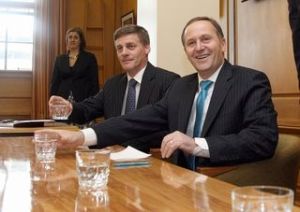 Just imagine this water is the fiscal deficit ... when we come back in a few years, it will have evaporated.

It looks like our Zero Budget didn’t rate much higher than zero in the news judgement of the hacks at the Herald.

Alf has yet to see today’s Herald, he admits, but a mate has been chatting with him about something he read at NewsRoom.

The NewsRoom service includes a rundown of what the major newspapers are featuring.

And apparently it says the lead story in the Herald this morning is about a Scottish jury finding Briton Malcolm Webster guilty of murdering his first wife and attempting to kill his second wife, from New Zealand, as part of an insurance plot.

The bloke claimed his first wife’s death was a tragic accident and denied the charges against him, but the jury of nine women and six men found him guilty.

END_OF_DOCUMENT_TOKEN_TO_BE_REPLACED 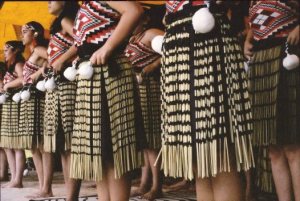 No, you can't come in without gowns and tiaras.

As an unabashed monarchist, Alf is thrilled to see Maori are adopting protocols of the sort one would encounter at Buckingham Palace.

This demonstrates that King Tuheitia is willing to learn from the Crown side of the treaty partnership about how to run the royalty racket.

Having a chief of protocol is an important part of the rigmarole.

END_OF_DOCUMENT_TOKEN_TO_BE_REPLACED

Some planking looks like fun – but when it becomes hazardous, let’s leave it to the plonkers 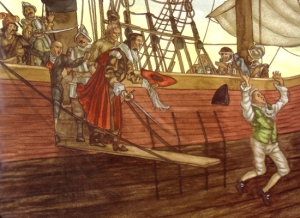 There was a time when planking didn't attract too many volunteers.

Alf was puzzled that New Zealanders have been warned about the internet craze of “planking” because it could lead to injury or worse.

The warnings follow the death of an Australian fellow, Acton Beale, 20, of Main St, Kangaroo Point in Brisbane.

It seems he “planked” on a narrow balcony railing before slipping and falling several storeys to his death.

NetSafe New Zealand’s executive director, Martin Cocker, said it was only a matter of time before planking became as popular in New Zealand as it was in Australia.

END_OF_DOCUMENT_TOKEN_TO_BE_REPLACED

Titewhai, protocols and rancidity – why Hone’s mum may be banned from a marae 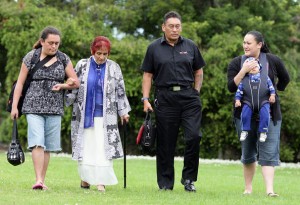 You don't notice it so much out here in the open air.

Dunno what the word sounds like in Te Reo.

But it’s a fair mouthful in English.

It’s “rancidification” – a process with a somewhat unsavoury pong about it.

And it’s been applied to describe the behaviour of Hone Harawira’s very stroppy mum, the formidable Titewhai.

In essence, as the Herald reports today, Titewhai faces a possible ban from Te Tii Marae after being accused of “rancidification of Maori protocols” at a recent Maori Party hui.

Alf fancies himself as a great wordsmith (although Ele from Homepaddock gives Mrs Grumble a higher rating).

But he has never dropped “rancidification” into a speech or any of the articles he has submitted to the Bush Telegraph.

Alf’s constituents are all above average in the IQ department and will not need to check out what it means. Many of them, moreover, are familiar with the dairy industry, where product is apt to go rancid.

But for readers beyond the boundaries of Eketahuna North, maybe these definitions will help.

END_OF_DOCUMENT_TOKEN_TO_BE_REPLACED

Teenagers’ secret abortions: Crusher was right about that privacy pap back in 2004

Alf is somewhat gobsmacked by the involvement of school counsellors in the business of secretly arranging abortions for the daughters of the taxpayers who pay their salaries.

Pro-choice and pro-life groups are wrangling over a teenage girl’s decision to have her school organise an abortion for her without letting her parents know.

Arguments on whether the school’s actions were appropriate flared after a report of a woman’s horror that her 16-year-old daughter was able to have an abortion arranged by a school counsellor with no parental input.

It’s not often something happening Down Under makes it on to Fox News.

But this furore has put us in the headlines there:

END_OF_DOCUMENT_TOKEN_TO_BE_REPLACED

Hone will be trembling, now that the OURNZ Party has put a Pakeha into the fray in Tai Tokerau

Kelvyn Alp is standing for the OURNZ Party, which describes itself on its website as “the only political party in New Zealand that has a solution based focus”.

OURNZ Party deals with the issues no other parties are willing, or able to publically acknowledge. All OURNZ Party policies are in draft form and await your input. We believe that you, the people, must have a hand in the shaping of your own future. Gone shall be the days when draconian legislation is rammed down your throats.

We must wonder about the party leaders’ confidence, mind you, because visitors are told “This site is the temporary online home of the OURNZ Party.”

But Alf wishes it well.

Kelvyn shapes up admirably as a modern-day Don Quioxote, a fellow who describes himself in the media statement as is no stranger to Maori issues

…having used a Maori passport issued by “The Maori Government of Aotearoa” twice in 2001 to enter the Solomon Islands.

He obviously is a rare form of the Homo sapiens species and should thrive among Hone’s mob in the Far North.

END_OF_DOCUMENT_TOKEN_TO_BE_REPLACED 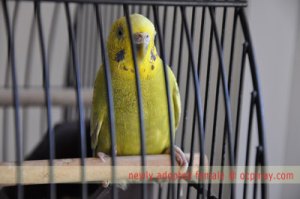 So what did I do to be locked up for life?

Alf is delighted to learn that a woman who thought it was a lark to smuggle drugs to mates in jail has been banged up for a while.

He learns from a Stuff report that…

Nikita McCausland, 22, was sentenced in Christchurch District Court to two years imprisonment for supplying methamphetamine, ecstasy, and a class C drug inside a cigarette packet to an inmate at the Christchurch Women’s Prison.

It seems that a strong sense of gender inequality influenced her law-breaking carry-on.

END_OF_DOCUMENT_TOKEN_TO_BE_REPLACED

Alf prepared some questions for asking in Parliament this week, but a caucus colleague advised him against asking them in that forum.

Fair enough. We might need their votes to have Budget legislation enacted.

He wants to know how many people are needed to bring a few mummified tattooed Maori heads back to this country. Lots, it seems.

END_OF_DOCUMENT_TOKEN_TO_BE_REPLACED

They are being scrapped – along with a couple of grand pianos – as part of the state broadcaster’s desperate efforts to operate within its budget.

But Waatea News is not being shut down and silenced as a consequence of this move.

Those of us whose ethnocentricity compels us to distinguish Maori science from science, Maori sport from sport, and Maori news from news can plug into Maori radio stations for our news fix.