SNAFU at HQ? Our troops are being sent to fight with short-sighted weaponry 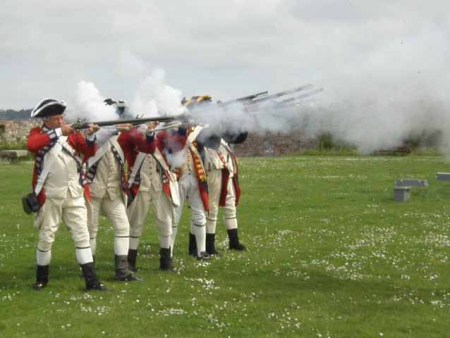 Hitting the Kiwis is a piece of piss ... especially when they can't hit us.

It could be a load of bollocks, but it seems to have come from a bloody good source.

And if it’s not bollocks, then Wayne Mapp will have some explaining to do.

It’s a report at Stuff today that – bugger me – says our troops are having to fight with old and obsolete weapons.

Management failures in the army have left soldiers with rifles that cannot accurately hit a target beyond the length of two rugby fields, it says.

Moreover a range of other needed equipment is being delivered years later than planned.

Those claims are sourced to a Defence Ministry report.

“Operations in Afghanistan have identified a need to be able to conduct precision engagements at ranges greater than can be achieved with the current in-service weapon,” according to a department evaluation division study.

Cabinet agreed in 2008 that better weapons were needed and voted $36 million for 10 new and modified weapon systems.

But according to the Stuff report, not a single project has been completed yet.

We all know that making good cheese takes time.

But you would think we had to move a bit faster on things like providing our troops with better weapons.

“The prime reasons for the delays in project progress are shortages of project staff and that none of the army project personnel, including the programme manager, were fully project trained,” the study said.

“The completion of the overall programme by late 2015 is in question.”

None has come through.

And so our soldiers are left with old and obsolete weapons.

But it seems Cabinet is not up with the play, which is where Mapp might have plenty of explaining to do.

But you don’t get brownie points for being kept in the dark by your departmental staff.

Cabinet was not told the replacement programme had gone beyond “capital and operating limits agreed to,” the report said.

As a result the army had 13,000 Steyr 5.56mm assault rifles that were “not powerful enough to identify accurately adversaries and is ineffective at ranges greater than 200m”.

About 3000 Steyrs were to have better sights by now but that could take another two years, the report said.

There’s more stuff like this in the Stuff report.

Alf suggests his constituents give it a good read.

The study said the problems had been caused by a shortage in the military of people who could manage projects.

“We think that attempting to undertake 10 weapon replacement projects in parallel was overly ambitious.”

Alf must admit that trying to hit an enemy target more than two rugby fields away would be overly ambitious for him, too.

His eyesight is not what it was.

But if our soldiers can see that far, and could hit their targets with better weapons, then dammit, let’s pull finger and get them what they need.

This entry was posted on Tuesday, August 30th, 2011 at 10:47 am and is filed under Defence. You can follow any responses to this entry through the RSS 2.0 feed. You can leave a response, or trackback from your own site.

3 Responses to SNAFU at HQ? Our troops are being sent to fight with short-sighted weaponry