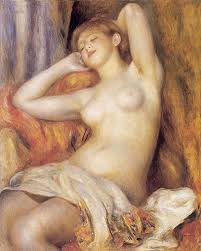 Bloody newspaper editors and their hirelings do good communcation and the English language a mischief when they fail to recognise compound adjectives and the need to hyphenate them.

A good example can be found at Stuff today.

They have stuffed up a report on medical gadgetry by dropping the hyphen in a compound adjective.

Ageing breast screening equipment that scans more than 24,000 women a year across the Wellington region is becoming increasingly unreliable and must be replaced.

So what are we talking about here?

Equipment that screens ageing breasts (the sort to be found on Mrs Grumble)?

Or ageing equipment that screens breasts of all ages?

The Stuff hacks are confusing their readers by bypassing the vital hyphen.

Presumably that’s because they have forgotten, or were never taught, what a compound adjective looks like and how it should be treated.

It’s galling to have to draw Stuff’s attention to a grammar lesson given by bloody Americans.

A compound adjective is formed when two or more adjectives work together to modify the same noun. These terms should be hyphenated to avoid confusion or ambiguity.

What’s more, the Chicago-Kent College of Law gave a few splendid examples that – Alf would like to think – are not beyond Stuff’s comprehension levels.

Incorrect: The black and blue mark suggested that he had been involved in an altercation.

Correct: The black-and-blue mark suggested that he had been involved in an altercation.

Incorrect: Her fifteen minute presentation proved decisive to the outcome of the case.

Correct: Her fifteen-minute presentation proved decisive to the outcome of the case.

For what it’s worth, the grammatically challenged Stuff hacks were writing about ageing breast-screening equipment.

The project they were discussing has an estimated price tag of $4 million.

Readers who move on after stumbling over the first para should soon recognise that – yes – the report is about the machinery.

The present equipment, which is about 12 years old, is analogue rather than digital, meaning it produces physical film. Breast Screen Central clinical director James Wellwood said it was nearing the end of its life.

Parts were becoming increasingly hard to come by. When one unit broke down, just one part in the world could fix it. A unit at Kenepuru Hospital broke down recently and was out of action for three weeks.

Stuff went on to use “breast screening” as a compound adjective a few more times while explaining the nature of the service.

Alf was overcome by a powerful urge to put in the hyphens, and so –

Hutt Valley District Health Board delivers breast-screening services to the Hutt Valley, Capital & Coast and Wairarapa. Breast Screen Central runs five breast-screening units, three at Hutt Hospital, one at Kenepuru Hospital in Porirua, and one on a bus, screening 24,400 women a year.

Alf could air his thoughts on prostate screening at this juncture.

But he will leave that for a future occasion and satisfy himself now simply by venting his spleen.

This entry was posted on Tuesday, April 10th, 2012 at 9:15 am and is filed under Health, Media. You can follow any responses to this entry through the RSS 2.0 feed. You can leave a response, or trackback from your own site.