Invitation to Eric Joyce: come Down Under, mate, and teach the MPs here how to toughen up 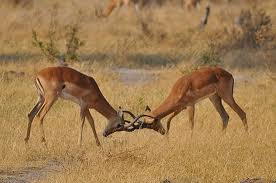 Learning how to butt heads and come out the winner would be useful at Question Time.

Never thought it would be written here. But Trevor Mallard is a pussy cat.

Mallard – it might be remembered – escaped an assault charge when he was Minister for the Environment after an altercation with National MP Tau Henare by pleading guilty to the lesser charge of fighting in a public place.

But fair to say, Trev is thoroughly genteel when compared with Britain’s Eric Joyce, who recently was convicted of four counts of assault and – when asked to tally the number of people he has thumped over the years -reckons it’s probably 100.

Most of them were in his university days, when he worked as a nightclub bouncer.

He wouldn’t want to work as a bouncer nowadays, however, because of the way the industry is regulated.

‘You could be quite rough back then as long as you weren’t going completely mad.’

He says it was effectively a licence to beat up people and recalls: ‘You just piled right into them.’

The Falkirk MP was interviewed eight weeks after the ignominious night in the House of Commons Strangers’ Bar when he headbutted Tory MP Stuart Andrew, hitting two Tory councillors and fellow Labour MP Phil Wilson in the process.

Since then, Mr Joyce has been convicted of four counts of assault, fined £3,000, ordered to pay £1,400 in compensation to his victims and given 12 months’ community service.

Then there is his forced resignation from the Labour Party, the humiliating apology to Parliament, a court ban on entering any pub for three months and an 8pm to 4am weekend curfew. Nor is he allowed to leave the country, except on parliamentary business, until September.

The article describes Joyce as a cross between a football manager and a middleweight boxer, a 51-year-old bloke with a strong physical presence.

He is neither dejected nor contrite about what has happened to him in recent weeks.

The come-to in the Strangers Bar began when a former Army mate started singing music from The Barber Of Seville.

The Tories weren’t amused, a spat ensued, Joyce tugged Andrew’s tie and it was all on.

‘The next thing I knew, the guy grabbed me,’ he says. ‘They were trying to hold my arms. Nobody had been biffed at this point. That was the flash point.

‘There were lots of faces – they were just presenting targets, so once I had started I finished.

‘More seasoned folk in a bar would have just stepped away. I regard a tie tug as a fairly “stop pissing me off” kind of thing, not the equivalent of a punch in the mouth. They probably thought, “This bloke is going mental.”

At that point, I saw red. I thumped them with my fist and my head – not with massive viciousness, just enough to sting them.’

And a bit later on in the interview –

‘They were quite genteel people. It was more like me marauding. It wasn’t a fight, it was me on the rampage.

‘They just annoyed me. A cop turned up but decided it was all a bit too messy and he needed to get mates.

‘About eight cops sat on me, cuffed me and carried me down the corridor. It was a shame for them. They were probably doing what they have seen in the movies when someone is excited. It would have been the biggest shocker of their lives.’

Joyce has sent letters of apology to his victims but has not approached any of them in person.

‘I didn’t want them to be twitchy,’ he says, letting out a burst of laughter.

It amuses him to think that the only real resistance came from a woman, Thurrock Conservative MP Jackie Doyle-Price, who tried to stop him. ‘She was gutsy,’ he says, ‘considering I was punching her entire staff and mates. She put her face in mine.’

Has he ever come off second best in a punch-up?

He doesn’t seem to question the rights and wrongs of such violence. Mr Joyce simply says: ‘There’s always been a bit of mixing going on since my teens: stole cars, assault, stuff like that.

‘When I was stealing cars in the Seventies, you had a key that would fit every car. You’d wear it down, try again and it clicked. All that hot- wiring you see on telly is nonsense, You just used a bunch of keys. We would race them like maniacs.’

He was charged with actual bodily harm in 1991 after a road-rage incident in Sussex.

He got into a fight on Christmas Day 2002, en route to visit his mother in hospital in Perth.

Last month, he was accused of having an affair in 2010 with 17-year-old student Meg Lauder, who worked on his election campaign.

Now he gives his side of that story.

He also says he is ‘chatting to folk about anger management’, but then (the Daily Mail says) he gave some tips on head-butting.

‘You want energy, aggression and momentum and if someone gets headbutted they go .  .  . [the politician judders and imitates a dazed sound] for a brief second, then you throw them to the ground.

‘You aim for the bridge of the nose because it is very soft. Then hit them. Just a couple of times.’

He warms to his theme: ‘You want to be a bit careful. If you punch them on the cheekbone or forehead, you’re more likely to break your fingers. If someone gets whacked and you stand over them and whack them again, that’s pretty much it. They put their hands up and the fight ends.

‘If you catch someone in the teeth, 50 per cent of the time you get an infection.’

Joyce has said he will stand down at the next Election.

Maybe he could come Down Under and give our MPs a few lessons in how to harden up.

Alf’s dad was remiss and never taught him the noble art of head-butting.

Your long-serving MP for Eketahuna North has never tried to teach himself, mainly because of a concern the head-butting would hurt him more than it hurt the other bloke, which strikes him as something to be avoided.

If he knew how to do it properly he would be tempted to cross the House on occasions to put Labour MPs in their place when their questions make things awkward for our Ministers.

This entry was posted on Monday, April 23rd, 2012 at 9:27 am and is filed under Politics. You can follow any responses to this entry through the RSS 2.0 feed. You can leave a response, or trackback from your own site.