Are they serious? Our law-and-order critics want standards set by Saudis and Syrians 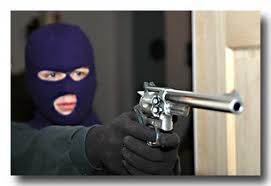 And if I get caught, my family will take the rap…

The Sunday Star-Times is taking a critical view of this country’s treatment of delinquents and brats who seriously break the law.

It is giving space in a report today to namby-pamby critics of the way we are treating juvenile delinquents and criminals.

Their reference point for what is good and bad treatment of juvenile criminals includes a report from an international committee which includes a representative from Syria, where – ha! – the lovable leaders have set stunning standards of compassion, tolerance and understanding.

The SST is wailing that more than 20 New Zealand children have been branded criminals since justice reforms were introduced.

These reforms, it emphasises, are said to breach United Nations conventions – as if these mattered a fat rat’s arse.

Child advocates say those youngsters will carry the criminal tag for life, with no gain other than to “get tough” politicians.

Statistics showing the number of under-14s appearing in the Youth Court, released ahead of a parliamentary inquiry into child offenders, show 23 12 and 13-year-olds have gone through the formal criminal justice system since Social Development Minister Paula Bennett’s Fresh Start reforms in 2010.

And what exactly have these brats been up to?

Offences included aggravated burglary, robbery and arson, and were often carried out with older offenders.

In Alf’s book the courts have been much too lenient with kids involved in those sort of offences.

But the SST’s concern seems to be that law-breaking brats finish up being branded as criminals, notwithstanding the reality that they have behaved like criminals.

At least half were sent back to the Family Court after judges decided the main issue was poor parenting. Others were sent to foster homes or other supervision, given drug and alcohol programmes to complete, or community work. All now have a criminal record.

So how were things done before the new regime was introduced?

The SST gives the answer: until the reforms, except for murder or manslaughter, children under 14 could not be sentenced formally because they came under the Family Court.

It had the power to hold a family responsible for a child’s behaviour.

So a brat could go out and rob a law-abiding citizen, then smugly sit back and watch his family held responsible.

And that teaches respect for law and order – how exactly?

The SST goes on to report the concerns of prissy plonkers who say the policy flies in the face “of the widely held view” that keeping children away from the courts was best.

The view that the earth was flat was widely held once.

That doesn’t make it right.

But here’s the thing:

There’s a concern that if the move was hailed as a success, we politicians might want to lower the age further.

Are they seriously arguing that something that proves successful should not be extended to younger delinquents?

But here’s the thing that really sticks in Alf’s craw.

The legislation was criticised by the United Nations Committee on the Rights of the Child, which said it breached conventions on the age of criminal responsibility.

Oh. So we should be paying heed to the UN Committee on the Rights of the Child – should we?

Let’s check out its membership.

Its members include representatives from Ghana, the Syrian Arab Republic, Saudi Arabia and (a vice-chairperson) from Tunisia.

Ghana has been in the international news recently.

A report by the New York-based Human Rights Watch has indicted the Government for harbouring suspected international criminals accused of financing the massacre of civilians in Ivory Coast.

It is illegal for women to do many things in Saudi Arabia, including driving.

If you have driven with Mrs Grumble you would have some sympathy for this policy, but the country has a shabby human rights record –

Although the nation is a signatory of the Charter of the United Nations, the Universal Declaration of Human Rights, and also the Arab Charter of Human Rights, Saudi Arabia continues to deny basic freedoms to over half of its population. Article 19 of the Universal Declaration of Human rights states that “everyone has the right to freedom of opinion and expression; this right includes freedom to hold opinions without interference and to seek, receive, and impart information and ideas through any media and regardless of frontiers.” Saudi Arabia denies these rights to its female citizens on a daily basis.

The authorities in Tunisia are cocking a snook at the United Nations.

Tunisian minister of human rights, transitional justice and spokesman of the Tunisian government, Samir Dilou has rejected a recommendation by the United Nations Human Rights Council (UNHRC) to decriminalize same-sex acts, stating that sexual orientation was a western concept which is incompatible with Islam, Tunisian culture and traditions.

Just watch your TV news any night of the week.

And representatives of those countries are telling us how to treat our delinquents?

No, that wasn’t an earthquake. It was Alf shaking with laughter.

This entry was posted on Sunday, June 10th, 2012 at 10:56 am and is filed under Law and order. You can follow any responses to this entry through the RSS 2.0 feed. You can leave a response, or trackback from your own site.