Be very wary, if you inject Maori imagery into your promotion – you could be accused of theft 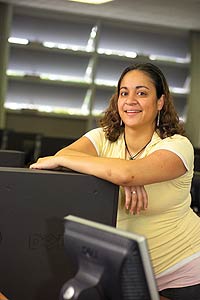 Carel Thompson-Teepa … so what would she make of the Warriors’ sponsor?

The tossers who dump Pakeha place names to replace them with Maori place names are doing their bit to make this country distinctive by emphasising the importance of its Maori minority.

Likewise, if Alf has observedcorrectly, there is a great urge among growing numbers of non-Maori to learn the Maori language.

And to adopt Maori culture.

But anyone who adopts Maori words or elements of Maori culture must be very, very wary.

They are apt to be accused of all sorts of heinous crimes, including cultural theft.

You can find the earnest efforts of a Maori researcher to study the phenomenon of the Kiwi love affair with Maori culture here.

The researcher was Carel Thompson-Teepa, a Ngati Porou sheila by all accounts.

And a comely sheila, too, if Alf can be forgiven giving an opinion.

As a nation we have always acknowledged Māori culture as part of our heritage. New Zealand’s Coat of Arms features a Māori warrior prominently as one of the two supporters.

Our national airline sports a Māori symbol the koru in the tail of everyone of its aircraft as they fly across the world.

Prominent guests of State are accorded a Maori
welcome. Even our national rugby team does a haka before it begins to play a test match.

There has always been recognition that Māoritanga is part of New Zealand. (Waitangi Tribunal, 1986)

Indeed – or rather, that’s what Alf thought, too.

The aforementioned paper goes on to say the Māori culture is what provides the source for a distinctive New Zealand identity.

While at times there are attitudes that Māori traditions, beliefs and values are primitive and irrelevant to the betterment of society, it seems that aspects of Māori culture are readily accepted into a New Zealand identity as a point of distinction. As noted by Mead (1997:92), the Pākehā are adopting certain parts of Māori culture which they can identify with, and are attempting to amalgamate these features into a Pākehā cultural world view.

Ah, but working out when we can and can not adopt Maori imagery because we think it is an integral part of Kiwi imagery can be perilous.

If you give it a go, chances are you will get up some Maori noses and will be accused – at best – of cultural insensitivity.

It’s all bollocks, of course.

But hey – if the buggers who say we have been culturally insensitive happen to be Maori, then you will find they have a legitimate grievance if only because they are our special people and accordingly they need to have their grievances given special treatment.

This, essentially, explains why the new sponsor of the Warriors rugby league team is in trouble today (see here) for using Maori imagery to sell milk powder.

The company was caught doing the same thing in May 2011, while selling the brand Heitiki under the trading name Kiaora New Zealand.

At the time, Associate Health Minister Tariana Turia criticised the marketing ploy as disrespectful of tikanga Maori and said it represented the theft of cultural knowledge.

A craven apology for causing cultural offence was proferred by the company, and they said the product would be relabelled without reference to Maori culture.

Some relabelling has been done.

It is now known as Fernbaby and this week the firm signed a three-year deal with the NRL franchise.

So what about the uniforms that – absurdly – have given offence to someone who is behaving much too preciously.

Asked if the uniforms would be used in the future, Mr McCaulay said they wouldn’t be.

“All I can really give you is an undertaking that it won’t be happening again. We’ll sort that out straight away.”

These poor buggers have come under attack from the Nipple Nazis, too.

Subsequent to announcing the deal with the Warriors the company’s bosses were accused of undermining the breast-feeding message.

It’s all a bit much for Alf, who was bottle fed from an early age.

Come to think of it, he is still being bottle fed. But the milk has made way for the waters of true joy.

This entry was posted on Friday, November 2nd, 2012 at 11:39 am and is filed under Uncategorized. You can follow any responses to this entry through the RSS 2.0 feed. You can leave a response, or trackback from your own site.