You don’t get one of these for telling it as it is.

Dunno why anyone should think a movie made in Hollywood would tell the whole unvarnished truth about a historical event.

Alf’s dad did his bit on a British destroyer in World War II, blasting German U-boats to save the world from the Nazis. He was damned upset when the tossers who made “The Enemy Below” (starring Robert Mitchum and Curt Jurgens) turned a British ship (see here) into an American one.

The movie script differs substantially from the original book. The ship is changed from British to American. More importantly, the final scenes of mutual respect and potential friendship between the protagonists is not at all how the book ends.

In light of that experience, Alf has steered clear of the movie version of The Hobbit. He fears the worst – that American flags are flown from poles outside the holes in the ground or wherever it is that hobbits reside and that they chew gum, watch baseball and mispronounce “aluminium”.

END_OF_DOCUMENT_TOKEN_TO_BE_REPLACED

So where can the Maori Council turn next in its vexatious efforts to nobble your hard-working government’s efforts to flog off a stake in Mighty River Power?

There was a time when their lawyers would be suggesting they head for London and the Privy Council.

But the Clark Government put an end to that in her ill-considered efforts to reduce this country’s links with the Mother Country, the Monarch and all that…

Maori voters – if they happen to sympathise with the Maori Council and fancied their chances before the law lords – should remember that, next time they go to the polls.

END_OF_DOCUMENT_TOKEN_TO_BE_REPLACED

Some of Alf’s mates in the Eketahuna Club got a bit antsy on learning that a Maori group is considering taking a civil case against the Crown in its fight for rights to the radio spectrum.

The background is that their claim to a portion of a broadcasting band that will soon be available has been rejected by your widely admired Government.

Instead we will auction off the technology that will be used for a more efficient generation of mobile phones.

Inevitably, this decision will be grist to the mill of the legal profession and give the Waitangi Tribunal something more to do.

END_OF_DOCUMENT_TOKEN_TO_BE_REPLACED

Fair to say, it never looked likely that Helen Clark would return to politics in this country.

But there was always the sneaky suggestion she might, especially after Annette King’s elevation in the party pecking order showed Labour’s willingness to look back to find the people to take it forward.

Accordingly it is great to learn here that –
END_OF_DOCUMENT_TOKEN_TO_BE_REPLACED

Whatever happened to Cunliffe? Thanks to a TV3 list of Labour losers, we can tell you…

The Herald’s John Armstrong was probably in a bit of a rush to get his story posted, and hence missed out the bit that Alf was looking for.

Where did Cunliffe finish up after the Labour rabble’s front-bench reshuffle?

The Herald report (here) affirmed that Alf won a small wager in the Eketahuna Club.

He had backed Annette King to get the health job.

END_OF_DOCUMENT_TOKEN_TO_BE_REPLACED

Dunno what the Aussie have done to deserve this.

Alf refers to the Coronation Street actor who has vowed to clear his name and then quit Manchester for Australia.

It seems he split from wife his missus in 2011 and therefore believes he now has no reason to stay in the UK.

Yeah. But there are other more deserving countries to go to.

Burkina Faso, for example. Or Chad. Or somewhere like that.

Australia has had more than its fair share of Pommie cast-offs as immigrants over the years.

END_OF_DOCUMENT_TOKEN_TO_BE_REPLACED

If he looked before he leaped, we may suppose his judgement of distance was almost fatally flawed

The fellow mentioned here no doubt was hoping to make a big splash.

A man who jumped from a cliff towards a water hole and missed has been airlifted to hospital with serious injuries.

The Kapiti man, aged in his 20s, crashed into a bank next to the river instead of into the water at Reikorangi, east of Waikanae, on the lower North Island last night.

His prowess at judging distances obviously was more than somewhat flawed.

Never mind, It gave the Westpac Rescue Helicopter paramedics something to do.

Life Flight crewman Dave Greenberg has given us an account of the distance from clifftop to waterhole.

“The jump was from about 15 metres above the stream.”

The man was flown to Wellington Hospital with multiple injuries.

He is lucky to be alive. His death, of course, would have made him a good candidate for a Darwin Award.

The Xtra fiasco: Yahoo! should be challenged to point to Eketahuna in contract discussions 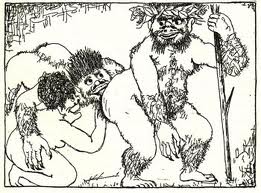 Guess which one is the top Yahoo?

Gotta express surprise that it has taken so long.

Telecom is reported (here) to be reviewing its email service with Yahoo! in the wake of the recent hacking scandal.

Telecom chief executive Simon Moutter is understood to have spoken to Yahoo’s global chief executive this week, expressing disappointment on behalf of his 450,000 customers.

The surprise should not be that his customers have been experienced big problems.

It’s that nobody at Telecom had the wit to wonder about the wisdom of signing on with a company called Yahoo!

END_OF_DOCUMENT_TOKEN_TO_BE_REPLACED

Nobody that Alf knows of has ever dropped dead from eating horse meat (at least, not the meat from a horse that had not been doped with something chemical and nasty).

Hence he is bemused by British shoppers who are reported (here) to have abandoned hamburgers and steak and switched to vegetarian meals in the wake of the so-called horse meat scandal.

Alf is thoroughly sceptical. He does not imagine for a moment that Andy Clarke has remained mute over the past week or so.

END_OF_DOCUMENT_TOKEN_TO_BE_REPLACED

Does this make Paula the Minister of Sexual Violence – or should we find another title?

And dozens of other sectors.

Except that Steven Joyce came along and became the Minister of Most Things, which wiped out one or two jobs.