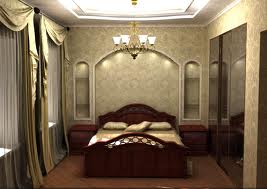 As good as a gymnasium.

It’s jogging for some Kiwis, golf for some, or simply taking a brisk walk.

But Alf suspects that the British experience, when it comes to exercise, is by and large replicated in this country too.

If this be so, it means a significant number of us do our exercising (a) in bed and (b) in the buff by (c) indulging in good old-fashioned rumpy-pumpy.

The source of this intelligence is to be found here.

A fifth of Brits have admitted that sex is the only strenuous exercise they get in an average week – which might do more wonders for their love life than their waistlines.

According to a survey of more than 1,800 members of the public, the majority of Brits shy away from any exercise entirely, with time between the sheets with their partners the only occasion they ever raise their heart rate.

Whether enough of us are raising a sweat between the sheets – or sustaining our horizontal heaving for long enough – is a good question, because a newly released report (here) raises some serious questions about physical inactivity.

This study reckons we are running a big health risk if we are not undertaking at least 30 minutes of moderate-intensity physical activity on five or more days a week.

According to the review, laziness is at “serious pandemic level” level in New Zealand, and in 2010 drained $1.3 billion from the economy.

And Waikato experts say that if nothing is done about the issue, things are likely to worsen.

“Everyone must have a focus on regular physical activity and better choice around food, or else that $1.3 billion is going to go higher in the next few years,” Sport Waikato chief executive Matthew Cooper said.

The report is titled The Costs of Physical Inactivity (it can be found here).

It was commissioned by the Waikato Regional Council, Wellington Regional Strategy Committee and Auckland Council and aimed to identify the financial burden on each region in order to allow councils to respond appropriately.

So what will councils do with the information?

Councillor Norm Barker, who chairs the Waikato Regional Council transport committee, said the council already had measures in place to promote physical activity throughout the region, and the report would allow the council to build on initiatives such as the regional walking and cycling strategy.

“We can do things like get more white paint on the road so people feel safer when they’re walking and cycling, things like that.

“We’ve done a lot of river trails and rail trails throughout the Waikato and encouraged people to get out on them.”

Mr Barker said in the last month alone, 11,500 people had been counted on the Hauraki Rail Trail from Paeroa to Waikino, and in the 13 months since the Waikato river trails was opened, more than 33,000 people had used it.

This doesn’t exactly explain why they needed to spend money on finding out the costs of physical inactivity.

So maybe Waikato people should be doing a bit more to explore the health benefits of rumpy-pumpy.

Let’s flit back to Britain, where we learn that – aside from sex – running was the most popular activity to raise the heart rate.

Here are the data –

FORMS OF EXERCISE BRITS MOST COMMONLY DO

Sweatband.com’s research into the nation’s fitness habits found that three fifths of Brits don’t exercise at all.

Just 39 per cent of those who exercise follow the government’s recommended level of activity of exercise three times a week or more.

Curiously, women are less likely to exercise than men.

If that happens to include the 20 per cent who get their exercise from sex, it rather suggests that not so much coupling is going on than seemed apparent at first blush.

In other words – as Alf has always known – more than a few Pommie blokes are wankers.

This entry was posted on Thursday, February 14th, 2013 at 3:09 pm and is filed under Lifestyle. You can follow any responses to this entry through the RSS 2.0 feed. You can leave a response, or trackback from your own site.