What’s needed for the economy to fire up? A good dousing with water wouldn’t go amiss 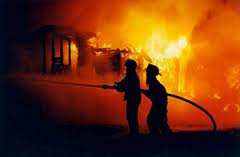 That got it going … plenty of water.

The boss delivered another damned good speech in Auckland yesterday.

Alf’s has a vague memory of him saying something similar a few years ago.

But that was then and now is now.

And he is not being unduly optimistic about the outlook.

Speaking in Auckland this morning, Key said he “didn’t want to oversell things” but the economy was improving.

The Government was on track to a return to surplus in 2014-15, the tax take was on track, the Christchurch rebuild progressing, the business community more positive, Resource Management Act reform progressing and construction strong in Auckland and Christchurch, he said.

“In the end New Zealand is sort of coming out the end,” he told the GE Capital Building Better Business event.

“Can we reposition ourselves over the next decade and become a wealthy nation? I reckon we can.”

Alf’s mates in the Eketahuna Club were enormously cheered, when they learned what The Boss had said.

But one of the buggers had already read the report at Stuff.

He drew attention to the headline:

He pointed out that that the entire North Island has been declared a drought zone (see here).

Primary Industries Minister Nathan Guy made the announcement this morning on a Kimbolton farm in northern Manawatu.

Guy returned from a trade trip to Latin America last night and said he had been monitoring the situation while he was away.

“This is recognition that farmers across the North Island are facing extremely difficult conditions,” he said.

Alf’s mate mused: maybe the economy is starting to fire because there is not enough water to put it out.

The rest of us had to put him right about what the drought will be doing to farm output – that is, shrinking it.

We drew his attention to bank economists’ forecasts showing the drought will slow down our economic growth.

And we reminded him of what Bill English told Parliament the other day (see here):

2. MIKE SABIN (National—Northland) to the Minister of Finance: What impact is the current drought likely to have on the economy?

Hon BILL ENGLISH (Minister of Finance) : Well, clearly, the longer the drought goes on and the more widespread it becomes, the greater the impact will be.

We are beginning to see a decline in milk production—in fact, a sharp decline in some areas—and farmers are considering slaughtering capital stock, which will result in lower future production and reduced revenue for farmers.

This may flow through to a negative effect on GDP compared with our most recent forecasts. However, there are some factors that may offset that, such as the increase in prices, particularly for dairy products, and the fact that up until the drought began we had a strong production season for milk production.

Thirdly, the production in the South Island will continue to partially offset decreases in the north. So we know the drought will peg back growth in the economy, but it is not yet clear by how much.

This was very sobering for Alf. Well, almost sobering.

It suggests that the economy won’t light up – paradoxically – without lots of water.

This entry was posted on Saturday, March 16th, 2013 at 8:48 am and is filed under Economy. You can follow any responses to this entry through the RSS 2.0 feed. You can leave a response, or trackback from your own site.