So how can we keep our kiddies safe?

By getting rid of roads, for starters.

There’s a much stronger case for banning roads than banning wi-fi.

How many deaths attributed to proximity to wi-fi have been recorded in New Zealand over the Christmas holidays?

Come to think of it, how many deaths can be attributed to wi-fi anywhere at any time?

END_OF_DOCUMENT_TOKEN_TO_BE_REPLACED

The dreaded tobacco is banned by Lower Hutt DHB – but hey, if you want to light up, try cannabis

It sounds like things have gone to pot at Hutt Hospital.

The Hutt Valley District Health Board is trying to tell us there is little it can do to reduce cannabis getting into its mental health unit.

According to a Radio NZ report, a former patient has blown the whistle, saying cannabis is regularly used by patients – and it’s often smoked only metres from a nursing station.

END_OF_DOCUMENT_TOKEN_TO_BE_REPLACED

The Grumbles were never much enthused by the Olympic Games and similar international extravaganzas, although we are apt to be more captivated when the event is the Rugby World Cup and the All Blacks emerge the winners.

Our indifferent attitude to the Olympics has been turned to serious disapproval by news from Russia about the pending Winter Olympics.

This event has prompted President Putin to become uncharacteristically liberal in his attitude to criminals of both the proven and the yet-to-be-tried variety (who strictly speaking are not guilty until proven otherwise).

Into the latter category we can place at least some and maybe all of the 30 crew members of a Greenpeace protest ship who were arrested by the Russian authorities.

END_OF_DOCUMENT_TOKEN_TO_BE_REPLACED 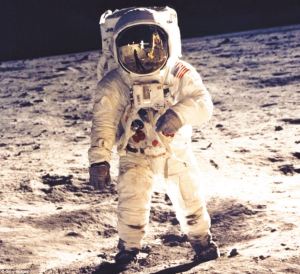 Ah, but maybe they staged it in a Hollywood studio.

The Daily Mail website today includes an article of the sort that likely will be dismissed as bollocks in the Colin Craig household.

This time 45 years ago, the article says, three Americans were orbiting the moon in the Apollo 8 space craft – the furthest from the Earth that any man had ever gone – and were paving the way for humanity’s first successful mission to another celestial body.

END_OF_DOCUMENT_TOKEN_TO_BE_REPLACED

Yes, we are bringing Maori methods into meteorology – but why ignore old English thinking?

“Mother Nature didn’t tell us it would be this bad.”

It’s great to see NIWA’s bosses understand the shortcomings of all their modern meteorological gadgetry and recognise the need to bring the skills of our indigenous people into the forecasting caper.

They banged out a press statement this week to explain why they are investing in Maori knowledge.

The statement kicks off by stating the obvious: forecasting whether we’re in for a hot, dry holiday or wet, humid conditions this summer can be a complex and tricky business.

Then it admits we need something more than all those fancy modern instruments to tell us what to expect, weather-wise.

END_OF_DOCUMENT_TOKEN_TO_BE_REPLACED

His principle is to join up with any political party, so long as it is a Maori party. Whether it leans to the right, the left or wherever is neither here nor there to him.

And so – we learn here today – he has talked with the Maori Party about entering politics.

And just to show how adept he is at ducking and weaving, he will be talking with Hone Harawira’s Mana Party next month.

END_OF_DOCUMENT_TOKEN_TO_BE_REPLACED

No, we mustn’t blame parents for fattening their brats – Prof Swinburn says it’s the Govt’s fault

So we have spawned a nation of fat brats and – guess what? – it’s the Government’s fault.

Yep. the country’s sprogs have been getting steadily fatter, according to new Ministry of Health figures. They show 85,000 Kiwi kids are now obese.

The full report can be read here.

Alf won’t be bothering. He is content with the information he gleaned from TVNZ in their report here.

END_OF_DOCUMENT_TOKEN_TO_BE_REPLACED

Alas, the court hasn’t recognised the special qualities that are more than skin deep.

We have some judges who aren’t up with the play about our indigenous citizens requiring special treatment.

A giant blow was struck in favour of these citizens on 20 April 2010, when Pita Sharples announced your Government’s decision to formalise its support for the UN Declaration on the Rights of Indigenous Peoples.

He said this would help to restore New Zealand’s mana in addressing indigenous rights.

Pita’s media statement included 16 points set out under an “Announcement of New Zealand’s Support for the Declaration on the Rights of Indigenous Peoples”.

END_OF_DOCUMENT_TOKEN_TO_BE_REPLACED

At first blush, it looked like a delegation without tour protesters.

The impression was magnified by anti-apartheid activist John Minto when he bleated about wanting to go to Nelson Mandela’s funeral in South Africa – but only if he went with the official delegation.

We all remember Minto, of course, as a protest leader against the South African rugby tour in the 1981 and – since then – as a protester against anything that calls for someone to bellow into a bullhorn.

He is reported to have said John Key’s delegation should include him or an anti-apartheid activist MP like Mana’s Hone Harawira or Green Party’s Kevin Hague.

END_OF_DOCUMENT_TOKEN_TO_BE_REPLACED

Yes, we know what it is – just don’t use the word.

Oh dear. Alf is harbouring an offensive weapon in his storage box of childhood toys and memorabilia, such as his Plunket book.

Among his treasures is a ….

But wait. The moment Alf completes that sentence, he will have committed an offence against modern-day notions of decency and probably against the law.