“Well, unfurl my flannels from the rooftop,” Alf fumed when The Boss mused on whether NZ should have a new flag.

For the most part your hard-working representative has a huge respect for The Boss. But now and again…

Perhaps dear old John fell under the republican spell of that Obama feller while the pair of them were walloping golf balls around a course in Hawaii during the Christmas holidays. Alf refers, of course, to republicanism as distinct from monarchy, not Republican versus Democrat.

Whatever has smitten John Key, it has erased the regard he should hold for the Union Jack and Southern Cross components of the national flag (especially the Union Jack bit). He would have them replaced – ye gods – by a silver fern.

END_OF_DOCUMENT_TOKEN_TO_BE_REPLACED

Is dam a dirty word? Certainly not when its promoters intend building it on Maori land 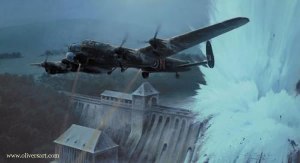 Breaching the Eder dam…that will teach the buggers for not compensating the local iwi.

One of the hits from the musical “South Pacific” was titled “There Is Nothing Like a Dame”.

If Rodgers and Hammerstein had ventured further south they might have changed it to “There’s Nothing Like a Dam”.

Building dams in this country involves a costly process just to get the consents and opponents of the applications can lead the applicants a right old song and dance.

The song and dance sometimes can be halted if the dam builder compensates Maori for the mischief being done to them culturally and what-have-you.

END_OF_DOCUMENT_TOKEN_TO_BE_REPLACED 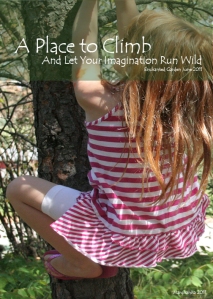 It is a big hurrah of approval for happenings in Auckland, a city which Alf generally recommends is best avoided.

But obviously some good things go on in Auckland.

Whale Oil is based there, for example, which means his mighty blog is brought to us each day from that city.

We have learned today of another good thing happening in Auckland – the ripping up of the playground rulebook at one of its schools.

The consequence is to affirm what Alf has long believed.

END_OF_DOCUMENT_TOKEN_TO_BE_REPLACED 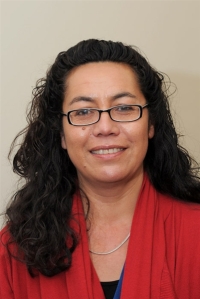 In Britain she could treat patients of many cultural persuasions.

A breath of fresh air has wafted south from Hastings.

It was created by a lass named Inez Awatere-Walker who is working in the Hastings Community Mental Health Team providing assessment and treatment for adults with moderate to severe mental health problems. She is also the Professional Advisor of Psychology for Hawke’s Bay District Health Board.

According to the CV on the health board website, she is available to help service users, whanau, health workers and the wider public with information about Psychology Services at HBDHB, and:

“I am completing a doctorate investigating therapeutic relationships and recovery in mental health.”

This involves examining the long-established view that Maori patients are best treated by Maori clinicians.

END_OF_DOCUMENT_TOKEN_TO_BE_REPLACED 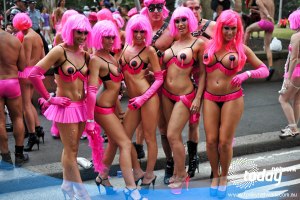 It’s not for Alf…but pinkos will enjoy Sydney’s Mardi Gras.

It looks like Stuff has dumped a load of bollocks on its hapless readers.

Its headline writer is telling us (and he, she or it must be struggling to keep a straight face) Politicians flock to Big Gay Out.

and, being an election year, politicians are queuing up to attend.

END_OF_DOCUMENT_TOKEN_TO_BE_REPLACED

Yep, the earth did move for the Grumbles (as it did for everybody else in Eketahuna) but they survived

Gotta say it took the Member for Eketahuna North a minute or two to appreciate what was happening when the 6.2 magnitude earthquake struck near his home town.

He happened to be consulting constituents in the Commercial Hotel, a splendid watering hole.

More specifically, he was wandering back from the bog to the bar, and by then had sunk more than a few shots of his favourite Scotch, and so was not 100% steady on his feet.

Accordingly he was inclined – momentarily – to attribute the rocking motion in the pub to his condition.

END_OF_DOCUMENT_TOKEN_TO_BE_REPLACED

He’s a colleague, sure enough. But he’s also a tosser.

We speak of Chris Finlayson, and if any readers of this post should question his credentials for being lumped among the tossers…

Well, just take a butchers at this report on the Stuff website, which tells us he is passionate his office staff should not sloppily split infinitives, or use Oxford commas.

END_OF_DOCUMENT_TOKEN_TO_BE_REPLACED

Sue Moroney will meet the cops about kids and the booze laws – but to what purpose, exactly?

Labour’s Sue Moroney has been given media time to spout her silly opinions about the booze laws and intoxicated children.

She can’t resist taking a swipe at the splendid Key Government, saying it needs to look again at banning the types of drinks drunk by a nine-year-old Hamilton boy.

This is the lad who was shown in a video that made headlines around the world. He was pissed and stroppy.

END_OF_DOCUMENT_TOKEN_TO_BE_REPLACED

It looks like the Taxpayers’ Union – an outfit with aims generally supported by the Member for Eketahuna North – might have rumbled to a bit of carry-on he will confess to having exploited.

It’s a wheeze that resulted in MPs chewing through more than $65,000 per month on payouts to avoid messy employment grievances.

Jordan Williams, the union’s Executive Director, exposed the costs of the practice in a media release today, obviously after doing a bit of snooping by brandishing the Official Information Act.

END_OF_DOCUMENT_TOKEN_TO_BE_REPLACED 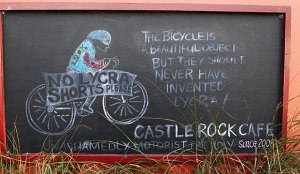 We should all support this motorist-friendly cafe.

In the normal course of events, the member for Eketahuna North would enthusiastically support anyone who opposes the construction of a cycle track that runs past their family holiday home.

Cycle tracks unfortunately are apt to be used by cyclists, who too typically tend to be sweaty buggers clad in Lycra.