Don’t knock DoC – at least, not for the time it took to respond to an SOS about a stroppy fur seal 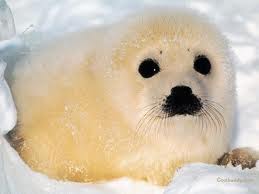 An armed police guard needed for me?

Alf has a great deal of sympathy for the elderly bloke who was attacked by a fur seal on the New Plymouth foreshore.

The unfortunate fellow was in a serious condition last night after incurring serious leg wounds just after 8am yesterday.

The mishap occurred on a popular shoreside walkway.

The victim is in his late 70s and presumably is not as frisky as he once was – not frisky enough, anyway, to escape the gnashers of a stroppy fur seal.

But the NZ Herald is not inclined to accept that this was an unfortunate accident.

Nope. There’s got to be a villain, other than the fur seal.

The Herald’s editors found their villain in the form of the Department of Conservation:

Because somebody alerted DoC to the presence of the fur seal before the attack.

DoC – it seems – is supposed to be all geared up with an emergency service able to get its staff to a trouble spot faster than the cops can respond to some 111 calls.

But how well resourced is DoC in New Plymouth, when it comes to providing an instant response team to deal with stroppy fur seals?

Not very, Alf suspects, bearing in mind the way we have been putting it on short rations in the budgetary department.

Those considerations don’t seem to have got through to some people.

She said she called the Department of Conservation 15 minutes before the attack after walkers raised concerns about the animal moving up from the beach.

“I tried twice to get the Department of Conservation on the phone.”

By the time Liedenberg made her next call, the man was already injured.

Paramedics turned up soon after, followed by the police, she said, but DoC staff arrived only after the man was taken to hospital.

Dunno if Jackie Liedenberg thought of arranging for someone to alert passers-by – or done it herself – until DoC turned up.

Probably the cops were a better bet, when Jackie thought about making the first emergency call, because an armed force was called for:

Another reason for believing DoC is being unfairly criticised here is that its spokesman, Darryn Ratana, said fur seals usually attack only if provoked.

Elderly gentlemen taking an early-morning ramble (in Alf’s experience, anyway) are not typically known to provoke the animal life they encounter.

In this case, the victim was simply walking when the seal ambushed him.

An unfortunate accident, in short.

Yes, all accidents – with the benefit of hindsight – can be seen to be preventable.

Maybe fencing is needed in this area, although that would call for the spending of public money and according to Ratana it is a lovely walkway and the people of New Plymouth want to keep it the way it is.

Maybe the public should be warned with lots of signs.

Or maybe signs could be put up to advise fur seals not to attack elderly walkers.

This entry was posted on Sunday, June 1st, 2014 at 10:21 am and is filed under Safety. You can follow any responses to this entry through the RSS 2.0 feed. You can leave a response, or trackback from your own site.