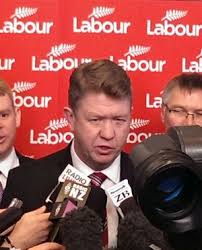 “If you ask me about a capital gains tax today, I think I know the answers.”

It looks awfully as if a writer at The Standard has been puffing much too much of the stuff that the Aotearoa Legalise Cannabis Party would like to legalise.

Or imbibing too much in Alf’s favourite tipple.

Scribbling his observations under the name mickysavage, he is admitting that a month ago he was very pessimistic about the left’s chances in this election.

The media narrative was very negative and was having its effect. Morale was low. And the Beehive inspired and Slater directed attacks on David Cunliffe were relentless.

National’s preparation for this campaign was impressive. It had sympathetic people appointed to positions of considerable media importance. Its bank accounts are obviously full.

Somehow a dozen MPs had been persuaded to retire and a feeling of renewal was evident. And John Key was able to continue the nice guy persona while forces associated with him smeared to their hearts content. Somehow National has been able to create the illusion that he is a nice guy who is above politics as usual while everyone on the left was tarnished by the relentless attacks of his sock puppets.

Nicky Hagar’s book has clearly changed all of that. Drawing direct lines between the attack politics and Key’s office has affected his previous strength. If Key is nothing more than another scheming plotting politician intent on winning at all costs and the public believe this then his point of difference is gone.

And despite claims that it is nothing more than a left wing conspiracy and it is all false Dirty Politics is having its effect. The sense of panic in National’s ranks is palpable. They must dread every new bit of information that Whaledump either tweets or gives to a media which is clearly disgusted at the way they have been treated. Collins is gone. They must be wondering what they will be hit with next.

On what’s the basis for saying this?

If you want verification of the effect that this is having on National the latest two Colmar Brunton poll reports provides some. People who believe Hager’s allegation that the smears came from Key’s office have gone from 28% to 41%. The percentage of voters who have had their view of the National Party negatively affected by the book has doubled from 9% to 18%. 44% of respondents did not believe John Key when he denied being personally informed about the circumstances of the SIS leak. Surely John Key cannot be relaxed about this.

But why should Key be unrelaxed?

A vast majority of voters at the last election did not want the energy companies partly privatised, if the polls served as a pointer.

And who won the election?

Not mickysavage’s sad bunch of lefties and greenies.

But the stuff he is smoking – or something – is having a powerful effect on his thinking because he says:

The revelations last weekend about Slater’s smear campaign on the head of the Serious Fraud Office and the Financial Markets Authority paid for by Mark Hotchin are absolutely dynamite. The allegations reinforce the perception that National is a party for the rich and powerful, exactly the perception that Crosby Textor was paid to obliterate.

Some right wingers are now rebelling against the tactics. Matthew Hooton is now a prominent critic of the Government. Allegations that Key’s office tried to have his firm’s contract with CERA cancelled and also put pressure on a private client to change to Saunders Unsworth from Hooton’s firm if true are vindictive. The allegation concerning CERA needs to be added to the long list of matters requiring investigation.

National’s problem is that it is looking punch drunk and clearly it does not know what is going to be released next.

But mickysavage can’t avoid being accused of being punch drunk or something similar, too, because he goes on to say last night’s debate showed real signs of desperation.

How do we make this judgement?

Key was his shouty interrupting worst. His higher mike level during the first half of the debate and a perception that he had a lot more talk time did not help. He was clearly pitching for the private school used car salesman sector of the electorate whereas David Cunliffe pitched his delivery at the ordinary people sector of the electorate.

And in terms of detail Cunliffe clearly had much greater control than Key and had answers for issues that many locals still face.

Yep. And Cunliffe’s grip on his own party’s capital gains tax was…

Let’s be generous and say it’s the sort of grip you would encounter if you had shook hands with the likes of Liberace.

But mickysavage goes on to acknowledge the Fairfax media verdict that the debate was close.

This – he says – is absolutely fine.

All that National has is John Key. He is the one reason they have historically polled so well. If Cunliffe shows he is an alternative PM in waiting, and he is clearly showing that, then he has done his job.

And is Cunliffe doing that?

The last time Alf studied poll results, they said National is still riding high at 50.8 per cent after taking a 4.3 per cent hit after the release of Nicky Hager’s book.

Key lost ground as preferred prime minister, too, dropping by the same amount as the party vote to … let’s hear that number: 50 per cent.

The big surprise in the poll is David Cunliffe, who has risen 3.3 percentage points as preferred prime minister to 15.4 per cent – still well behind Key, but the result suggests he has not been harmed by the fallout from Dirty Politics, which Key has labelled a Left-wing smear campaign.

Labour’s vote is also up, but at 26 per cent there is not much for the party to celebrate.

Mickysavage seems to have been celebrating anyway.

This entry was posted on Wednesday, September 3rd, 2014 at 4:34 pm and is filed under Government. You can follow any responses to this entry through the RSS 2.0 feed. You can leave a response, or trackback from your own site.