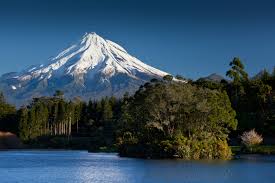 On which side of the mountain will the next battle be fought?

Dunno if the tossers in Taranaki have noticed, as they anguish over their electoral systems and fret that indigenous persons are not able to exercise enough influence.

But the National Party now has nine Maori members of Parliament.

The big difference is that none of the National Party’s Maori MPs needed the advantage afforded by standing in Maori electorates (which a royal commission said should be got rid of when we took up MMP a long while back).

Labour, on the other hand, won six of the seven Maori seats.

The race-based and thoroughly ethnocentric Maori and Mana Parties, on the other hand, took a drubbing.

Dear old Hone was tossed into the political wilderness and no longer can slurp from the public trough. Not the Parliamentary one, anyway, but he’s a sly old dog, and with all the special treatment that comes from being an indigenous person, he is bound to find another trough somewhere.

Maori TV drew Alf’s attention to our Maori lineup in a report that named his indigenous colleagues:

Some of those names have a somewhat non-Maori ring to them, suggesting the indigenous component of their blood lines has been diluted somewhat. No matter. The same is true of the Maori MPs and would-be MPs in all parties.

The real thing to be done is ensure our democratic structures are not similarly diluted by the urges of hand-wringing (and patronising) politicians who are falling all over themselves to make it easier for indigenous persons to sit at the council table.

Alf notes their zeal for enfeebling their democratic structure has been described as “strident”.

They are now wailing that their council could have been (and in their book should have been) the first council to be able to make the ignominious boast it has created a Maori ward.

Worse, they did their wailing while meeting their iwi liaison committee, an arrangement that already ensures indigenous persons are given the special treatment which they claim is their birthright.

A report in the Taranaki News today described their awful antics:

South Taranaki missed its chance to be the local government trailblazer on the issue of Maori representation, according to the district’s deputy mayor.

During yesterday’s iwi liaison committee meeting, Alex Ballantyne said the South Taranaki District Council had its chance to make history and establish its own Maori wards back in 2011.

“We had the opportunity to be the first district council in New Zealand but now New Plymouth has taken it,” he said.

Ballantyne, along with fellow councillor Bonita Bigham, were strident supporters of the introduction of Maori wards for the district when it was debated in July 2011, but councillors and community board members voted 10-5 against the move.

But it looks like changes are on the way for the iwi liaison committee interacts with council.

Representatives from Ngaruahine, Nga Rauru, Ngati Ruanui and Taranaki iwi have met several times over the last six months, most recently on Monday, to discuss a way to improve the effectiveness of the committee.

Some of the changes suggested by iwi include representation on standing committees and a review of the role of the committee chair.

This affirms that indigenous persons have a fair chance of persuading their council nowadays that they need a special arrangement. They will argue the Treaty demands it (although Alf can’t find that bit in the three clauses).

No matter. They will get their special arrangement, anyway, and then they will take advantage of it to plead for an even stronger voice in council decisions without having to go through the bother of being elected.

Recommendations from a recent workshop will be discussed at the full council meeting on October.

Alf has taken a bet with his mates that the council will buckle, cede more influence to the iwi … and our indigenous persons will have won yet another battle in the Maori Constitutional Wars.

This entry was posted on Friday, September 26th, 2014 at 3:19 pm and is filed under Local government. You can follow any responses to this entry through the RSS 2.0 feed. You can leave a response, or trackback from your own site.