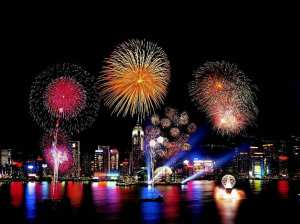 Sad to say, there’s a hint The Boss might have  gone crackers.

He says a ban on fireworks appears to be coming closer…

But (according to the NZ Herald) he is reluctant for the Government to impose one immediately for fear of being accused of running a “nanny state”.

So we won’t be accused of running a nanny state just yet.

We will tai-ho a tad and be accused of running a nanny state some other time.

Alf admits to being a tad bemused.

It doesn’t much matter if it doesn’t happen now.

But conditioning us to become a nanny state next year, the year after or whenever raises Alf’s hackles.

And it’s bound to require he explain himself to his true-blue mates in the Eketahuna Club.

The good news is that the Government is not actively looking at changing in the rules on fireworks sales.

The bad news is that a select committee this week will consider a 25,000-signature petition calling for a ban on private sales. The online petition’s organisers support public firework displays.

Around 0.5% of the population have signed a petition calling for further constraints on private fireworks sales.

What does this tell us about the real need to ban them?

Mr Key said yesterday there had been a slow shift in New Zealand towards more community-led public displays, and there was now a greater recognition of the threat of fireworks to public safety and animal welfare.

He said the issue was raised every year, but he detected a gradual public groundswell towards a complete ban on private sales.

But he was not interested in leading this change yet. He was also wary that an immediate Government ban could be perceived as nanny state.

“You don’t want to take away the last bit of fun that people have, but in reality they do present a risk both to pets and to personal safety.”

Dunno if further restrictions on fireworks sales would amount to the removal of the last bit of fun that people have.

That won’t happen until some namby-pamby government bans liquor sales.

But the Government marched a long way down the path to nanny statehood when it introduced stricter fireworks regulations in 2008 including a shorter period for sales, a higher purchase age, and restrictions on the size and power of products.

The Herald says those changes have led to a fall in the number of fireworks-related ACC claims, Fire Service callouts and hospital admissions.

Yep. And how much fun has been lost at the same time? Who has been measuring that – eh???

If ACC claims, hospital admissions or whatever are to be weighed up on the down side of considerations, then the amount of fun involved in setting off fireworks, accidentally burning down sheds and what-have-you  must be weighed to be taken into account on the up side.

If we can’t or won’t do that then – who knows? – next thing will be some sad tosser demanding the banning of the motor car.

Come to think of it, the Greens are well down that track with their pathetic promotion of bloody bicycles.

This entry was posted on Tuesday, November 4th, 2014 at 2:11 pm and is filed under Safety. You can follow any responses to this entry through the RSS 2.0 feed. You can leave a response, or trackback from your own site.