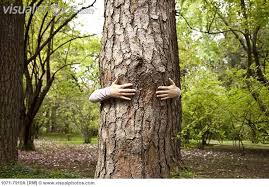 A hugged tree shouldn’t be so likely to complain about sexual harassment.

All that remains is for Iain Rennie to join the principals of the CERA sweetie saga so we have a quartet of state servants being paid without having to turn up at the office.

Alf makes this observation on learning that someone by name of Lisa-Marie Rachan, described as one of the public sector’s top communications managers, has been placed on sick leave.

Her health has faltered at much the same time as questions are being asked about the the handling of the press conference to announce Roger Sutton’s resignation as the boss of the Canterbury earthquake recovery outfit.

Sutton, if you didn’t know it already, was a bloke who attracted a great deal of sympathy among Alf and his mates in the Eketahuna Club on the strength of our understanding he was in big trouble for calling a sheila sweetie and honey and hugging her. And so he had tendered his resignation.

Attitudes have shifted somewhat since then, because essentially we got our understanding of what had transpired from Roger Sutton, who perhaps put some spin on things at a press conference jacked up by the State Services Commission and attended by the bloke who runs the PM’s department (who demonstrated he happens to be not unduly averse to a bit of hugging).

It further transpires that confidentiality agreements were part and parcel of the way allegations of sexual harassment were investigated and resolved.

Hence we don’t seem to have the full story and it looks suspiciously like Sutton might have left out one or two details that would have coloured our opinion of him.

In the upshot, the complainant (unidentified so far as the Grumbles know) is working from home, although there is nothing to emerge so far to suggest she has done anything wrong, except that some of Alf’s mates reckon she should simply and sharply kneed Sutton in the nuts rather than make a big fuss.

Initially, while she was working from home, Sutton was allowed to go back to work from his office until departure time arrived in a few weeks. But in the aftermath of a fuss over his breach of the confidentiality agreement (with the tacit approval of Rennie, it seems), he has been put on gardening leave.

If he treats his plants with loving care and hugs his trees, Alf is sure he will have the best garden in his street.

And now we learn from this report at Stuff that  Ms Rachan might have had better ideas than Rennie about how to run the aforementioned press conference.

Lisa-Marie Richan has been absent from her role as director of communications at the State Services Commission since Wednesday.

She is the second woman to be sent home in the Sutton sexual harassment saga. During the seven-week investigation into Sutton, the chief executive of the Christchurch Earthquake Recovery Authority was never stood down but the complainant, a senior female staffer, worked from home.

The decision to allow Sutton to speak, as well as the handling of the investigation, has come under widespread attack. Human Rights Commissioner Jackie Blue warned it could have a “chilling effect” on other women considering complaining about workplace bullying.

Those close to the fallout of Sutton’s sexual harassment inquiry say Richan’s absence followed her being over-ruled on how to handle the outgoing chief executive.

“There is no doubt that LM [Richan] told the commissioner in no uncertain terms not to allow Sutton to speak at the press conference,” an associate of Richan said this week.

This associate is reported as saying Richan was clearly ill at the moment but this simply happened to be “convenient” and she would likely have been asked to take leave anyway.

Richan refused to comment. “Please leave me alone,” she texted.

She should tell the hacks at Stuff she has a serious does of Ebola and she can be fairly certain they will stay away.

The Stuff story goes on to recall:

Richan was conspicuous by her absence from the press conference, where Sutton took to the stage, describing his actions as “hugs, jokes” but that he never meant to hurt anyone: “I’ve called people honey and sweetie”.

Oh, and he is taking responsibility for the decision to give Sutton a platform to speak.

“I have a number of advisers who give me free and frank advice.”

Whether he can identify which is the best advice and then ignores it is an interesting question.

This entry was posted on Sunday, November 23rd, 2014 at 10:56 am and is filed under Public service. You can follow any responses to this entry through the RSS 2.0 feed. You can leave a response, or trackback from your own site.