Yes, other blue seats could be at risk because of economic neglect – eg Tolley’s East Coast patch

One of Alf’s mates, who has been reading some analysis by NZ Herald political hack John Armstrong, was unduly concerned about his political pal’s future.

He has been assured that Alf is safe and secure in his National stronghold.

The concern was raised by Armstrong’s observation that Winston Peters had cut a swathe through the wealthier parts of the Northland electorate in Saturday’s byelection.

This secured him the most votes in the National bastion of Kerikeri and matched the number cast for the ruling party in Wellsford.

END_OF_DOCUMENT_TOKEN_TO_BE_REPLACED

The newspapers are relishing reporting the updates on two boys who were banned from competing in the Maadi Cup rowing regatta after riding on the baggage carousel at Auckland Airport.

These are the boys with over-protective dads who went to court to prevent school authorities from punishing them by imposing the rowing bans.

Now – it transpires – they have missed out on being named for the national rowing trial at Lake Karapiro near Cambridge from April 12-18 or the South Island trial from April 10-12 at Lake Ruataniwha near Twizel.

Alf understands these rowing trials have something to do with boats and oars rather than heated argument.

END_OF_DOCUMENT_TOKEN_TO_BE_REPLACED

Smile, kids – we want to make a good impression on Alf.

Outrage is the emotion one feels about something that strongly offends, insults, or affronts us.

It’s the condition that afflicted Alf last night as he was gathered with fellow Nats at the Kerikeri Golf Club when the results of the by-election were flowing in and it became all too apparent a calamity had happened.

The result meant the 9300 majority chalked up by Mike Sabin in September had been turned to a 4000 majority for (and here Alf must brace before spelling out the words) Winston Bloody Peters.

END_OF_DOCUMENT_TOKEN_TO_BE_REPLACED

Censorship | Tagged: book banning, Eileen Joy, How To Get Away With Murder, Michael and Debi Pearl, To Train Up a Child |

Crumbs – bakers learn the hard way that when gays want something, the law will give it to them

Maurice Williamson, a splendid fellow in many respects, got offside with the Grumbles on the matter of gay marriage.

During the debate on that subject he set out his opinions in an article in the Howick and Pakuranga Times.

The general flavour from those opposed is the world is about to fall apart if the Marriage Amendment Bill is passed.

Some think its passing will somehow devalue their marriage. I can tell you this now – it won’t.

I’ve had a Catholic priest advocating that I’m supporting something that’s so unnatural – interesting from one who has vowed to be celibate for his entire life.

In the mid 1980s, people claimed the same thing of the homosexual law reform.

At that time some of the most ghastly outcomes were prophesied. Fortunately, none of those outrageous consequences came to pass.

Fast forward to 2013 and some of the rhetoric being bandied around now about the Marriage Amendment Bill is simply absurd.

Let’s boil the Bill down to its simplest form – it will allow consenting gay couples to get married.

You would think from the way some people are carrying on that politicians are trying to make gay marriage compulsory for everyone. We’re not.

END_OF_DOCUMENT_TOKEN_TO_BE_REPLACED

If it’s cultural care you need then get yourself to Hawke’s Bay – but what about the medical care? 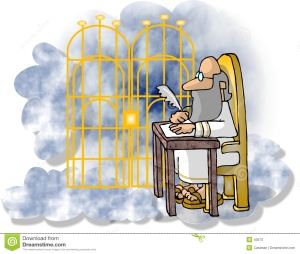 St Peter will be asked to take note that Alf’s arrival is somewhat premature but his cultural care in a Hawke’s Bay hospital was top-class.

This seems to be a roundabout way of saying the board is lifting its quota of Maori staff.

The figures certainly are there to show this is so:

At the end of January, 12 per cent of the workforce described themselves as Maori, up from 11 per cent for January 2014, a report states. The DHB, Hawke’s Bay’s largest employer, aims to help increase its engagement with Maori through a more representative workforce – Maori comprise 25 per cent of the region’s population – as well as staff training.

Alf would like to think the board aims to help increase its engagement with all people.

END_OF_DOCUMENT_TOKEN_TO_BE_REPLACED

It looks like an ill-considered break with tradition, but some rules around royalty have been changed

A lot of people won’t have noticed, but legislation modernising the rules applying to Royal succession to the throne came into force today in New Zealand and in the 16 Realms that share the Queen as Head of State.

END_OF_DOCUMENT_TOKEN_TO_BE_REPLACED

He supposes the iwi are smarting because two thirds of those who voted rejected the proposal for dedicated seats.

This means, of course, they voted in favour of maintaining a democratically elected council rather than debase the idea that all votes should carry equal weight.

Now some outfit called Te Runanga Nui o Te Aupōuri has popped up to complain there was poor promotion of the poll and few Maori knew about the ballot.