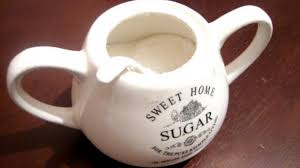 Alf will be checking out how much good tax money is being squandered on fat fanatics and anti-sugar zealots. They are feeding from the public trough – excessively, it seems fair to argue – and coming up with all sorts of weird ideas.

For example, they have been banging on about the need to slap huge and embittering taxes on stuff we Grumbles like to savour, now and again and in moderation.

But their obsession is not limited to this wild urge to lift the price of sugary products to prohibitive levels. They also want to stop decent people from opening dairies – even though they are a legitimate form of retailing – to ensure prospective customers have to find black-market vendors of wares these do-gooders regard as harmful.

Or (oh dear, a loophole already) prospective customers would have to find a supermarket, although before long we would be told we shouldn’t allow new supermarkets either.

Alf learned from Stuff of this absurdity, although the story seems to have been broken by Radio NZ:

New laws to limit dairies in an area, as well as what food they can sell to children, are wanted by Auckland Regional Public Health Service, Radio New Zealand reported. The health service said dairies were helping to make the country fat by selling cheap, energy-dense food in Auckland neighbourhoods. “You’ve only got to go into a dairy or a convenience store and you see what you are confronted with is sugar-sweetened fizzy beverages, chocolate bars, chippies, lollies et cetera,” said health service clinical director Julia Peters.

Gawd. You’ve only got to check out the names of these outfits to get a serious dose of the shits.

Plans to target dairies have been put in a report to Healthy Auckland Together, an obesity-fighting project with involvement by the public health service, government agencies, Auckland Council, district health boards, and community groups. Together the group will lobby for changes to the Resource Management Act to give power to councils to stop the building of convenience stores, takeaways and dairies. Councils already have this power over the opening of new alcohol stores.

Can you see what’s going on here?

One bunch of nanny state tossers wants to stop the opening of new pubs, to curb the social problems generated by plonkers who drink way too much booze.

Another (or maybe they are one and the same) wants to stop the opening of new dairies, to curb the problems created by plonkers who consume way too much sugar (taking care of smokers’ urge to buy a packet of fags at the same time).

And next they will want to ban…

Why not cities? Lots of bad things happen in cities.

Besides getting pissed in cities in much greater numbers than elsewhere, plonkers get up to all sorts of mischief in them.

Yep. The banning of cities would be a good move, all in the interests of our health and well-being.

Alf will float the idea tonight among his mates in the Eketahuna Club, knowing full well they enjoy life in a small community and have no urge to settle in a city.

This entry was posted on Monday, May 18th, 2015 at 3:34 pm and is filed under Uncategorized. You can follow any responses to this entry through the RSS 2.0 feed. You can leave a response, or trackback from your own site.