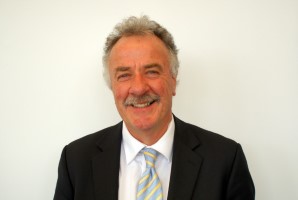 Mayor Church … out of his depth without the right science.

Well, isn’t this a splendid example of Treaty-based togetherness?

Actually, the best people to answer that question should be the good people of Kapiti who may – or may not – have woken to a pleasant surprise.

According to this Radio NZ report, the council they had elected in 2013 to do good things for them, including manage their water supply, had recognised it was not up to the job.

It had whistled in some help – or maybe it eagerly accepted the help which was offered.

Much more important, the sad-sack council has recognised the serious shortcomings of the white man’s science and is being bailed out by the belated application of Maori science.

The good people of the district therefore had every good reason to be delighted to waken and learn not only about Seth Blatter’s resignation (hurrah) but also that:

Te Ātiawa and the Kāpiti District Council have signed an agreement to work in partnership on water and its management in the rohe.

The Te Āti Awa ki Whakarongotai Water Working Group will now work with the council to explore how to manage water in a culturally appropriate way within the Waikanae, Paraparaumu and Raumati catchment.

The good people of Kapiti – if they were listening closely – would have noticed the order in which the co-governance partners were named.

First mention went to Te Ati Awa, which is fit and proper because their ancestors’ boat got here before the white man’s boat.

The Kapiti District Council, the body which locals have elected to govern them at the local authority level, was mentioned second.

Moreover, the Te Ati Awa are the people who best know how to do things:

The iwi and the council recently launched the ‘River Recharge Scheme’, which uses traditional Māori scientific knowledge to oxygenate the river with tuna, or eels.

This will be comforting to those people of Kapiti who had become thoroughly disenchanted with the failure of the white man’s science to keep their rivers clean.

If only someone had told the council and/or its advisers how easy it is to be rid of the pollution.

Just toss a few eels into the waterways, or lots of them maybe, and – shazam.

A big-wig indigenous person certainly is aware how dire things would be without the help of the iwi and their science:

The chair of the working group, Bill Carter, said it confirmed the important role iwi played as kaitiaki of natural resources.

“We saw there was a position as Treaty partners for the three [local iwi] of us having a joint responsibility,” Mr Carter said.

“So that the progress of the River Recharge project was jointly managed by an adaptive management committee comprising representatives of the Wellington Regional Council, the Kāpiti Coast District Council and the Te Ātiawa ki Whakarongotai Water Group.”

Oh, and let’s not overlook the elected leader of the district admitting – in effect – to the knowledge gap that had enfeebled his council:

Kāpiti Coast District mayor Ross Church said tribal involvement in the scheme was an important step forward as tāngata whenua brought valuable knowledge and a guardianship role to the table.

Mr Church said the Te Āti Awa working group and the iwi as a whole had an immensely valuable role in the plan to revitalise the river, as well as the contribution of their knowledge and cultural advice.

He said it was the iwi who suggested the “tuna” (eels) as a way of aerating the water, removing gases, and oxygenating the water by putting it over a waterfall before it meets the river.

“Adding 400-year-old aquifer water is more than just a practical solution, it’s one that demonstrates the spiritual significance of caring for the awa [river], and nurtures the area’s most precious resource – water.”

Here’s hoping he has fired the bloody scientists and engineers or whoever else his council had employed to do this work.

Mind you, he is at risk of becoming a tad too craven in acknowledging his council was not up to the job.

Mr Church said it was important to recognise publicly how much the council values the contribution of the Te Āti Awa ki Whakarongotai Water Working Group and Te Ātiawa.

He said their partnership on the River Recharge Scheme reflected the vibrant, thriving and diverse Kāpiti the council’s seeking to create via its long-term plan.

Alf will be watching with interest to see how the co-governors tackle the matter of flooding, which had emergency services in full flow a week or so ago.

Perhaps even more eels will be called for.

This entry was posted on Wednesday, June 3rd, 2015 at 5:47 pm and is filed under Government. You can follow any responses to this entry through the RSS 2.0 feed. You can leave a response, or trackback from your own site.