Yep, the bag might have contained a bomb – but what if it had contained someone’s tax payment? 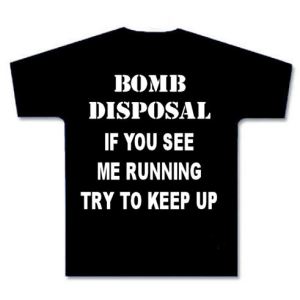 Alf relished reading about the suspicious package that was left in a Hamilton IRD building on Friday.

He has been disposed sometimes, but only when over-fortified with an ample intake of good scotch, to muse on what might happen if he blew up Parliament Buildings while the Nats were away somewhere, so that only lefties and greenies would feel the blast.

But he is quickly sobered by the knowledge of what what happened to Guy Fawkes and a bunch of his stroppy Catholic mates when they had a go in the days of the Protestant King James.

The bombing attempt was a serious failure and the plotters were harshly dealt with.

The outcome was never in doubt. The jury found all of the defendants guilty, and the Lord Chief Justice Sir John Popham proclaimed them guilty of high treason.

The Attorney General Sir Edward Coke told the court that each of the condemned would be drawn backwards to his death, by a horse, his head near the ground.

They were to be “put to death halfway between heaven and earth as unworthy of both”.

Their genitals would be cut off and burnt before their eyes, and their bowels and hearts removed.

They would then be decapitated, and the dismembered parts of their bodies displayed so that they might become “prey for the fowls of the air”

Actually, Fawkes avoided some of that treatment.

Fawkes jumped from the scaffold where he was to be hanged and broke his neck, thus avoiding the agony of the mutilation that followed.

His lifeless body was nevertheless quartered and, as was the custom, his body parts were then distributed to “the four corners of the kingdom”, to be displayed as a warning to other would-be traitors.

Dunno what would have happened to the culprit(s) if an IRD building was blown up.

There would be much rejoicing, Alf imagines, although he would not share in this because he is a staunch maintainer of law and order despite the thoughts that very occasionally flit into his mind when his been on the scotch.

As it happened, the IRD building in Hamilton and its inhabitants were unharmed.

The cops locked down down the area for five hours after the mysterious bag was spotted and a bomb-disposable team was brought in.

“We will be closely examining what remains of the contents of the bag and the bag itself and also taking a good look at CCTV footage of the building, both inside and out.”

An IRD employee alerted police after spotting the bag at 2.45pm on Friday.
Within half-an-hour the cops had decided to evacuate the building and block off the surrounding area.

They made some initial inquiries and viewed some CCTV footage before acting on the side of caution.

The cops now know the bag belonged to a local woman who forgot she left it there.

The woman was tracked by documents found inside the suitcase and when contacted by police, she was very apologetic and said it was not deliberately left there.

While most of us resent paying taxes, not too many feel inclined to blow up the local IRD office.

But the temptation is there and the cops can’t take chances.

On the other hand it is easy to forget leaving a bag somewhere.

One thing was highly improbable.

The bag would not have been stuffed with money by a taxpayer keen on settling his or her account.

But if it had – would the taxpayer have to come up with more money or would the IRD consider the debt settled?

This entry was posted on Sunday, June 7th, 2015 at 2:38 pm and is filed under Uncategorized. You can follow any responses to this entry through the RSS 2.0 feed. You can leave a response, or trackback from your own site.