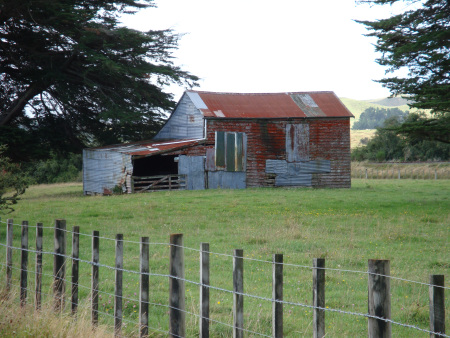 Keeping an eye on what’s going on at Labour Party HQ here in Eketahuna could be fun.

Get a butchers at this, Mrs Grumble urged Alf.

She has long felt his hobbies should be stretched beyond whisky tasting and beer sculling (his prowess at the latter activity was considerable in his younger days, by the way, although he never turned professional).

And now she had found (she said) a new sport that should not stretch him physically.

The prospect of engaging in a new sport without being stretched physically naturally is highly attractive.

Mind you, the same can be said of pigeon racing, and Alf never took to that.

Or rather, to be honest, Mrs Grumble never took to it.

It requires a certain amount of actual work, such as feeding the pigeons and keeping their cages clean, and this became her responsibility,

It didn’t take too long for her to bridle at being lumbered with these chores and she mutinied.

Alf considered doing the work himself, but his deliberating on the pros and cons consumed all of three seconds of his valuable time and he retired from the pigeon racing lark.

The big benefit of what Mrs Grumble now as offering – obviously – must mean she would not be required to do anything.

And sure enough, it’s a sport requiring no phyiscal effort from Alf nor any involement from his missus.

It’s the sport of drone racing.

The Waikato Times gives us these insights:

Drone racing is a new sport exploding around the globe and Tokoroa is centre for the action in New Zealand.

It’s the coolest sport you’ve never heard of, and now drone racing is exploding across New Zealand. Two leagues have kicked off since January, with the first national championship already underway, and a trans-Tasman battle planned for later in the year.

The sport, which involves competitors racing camera-carrying drones through courses while watching a screen or via a pair of goggles, has taken off overseas. Already YouTube is full of videos showcasing the sport.

A bloke by name of Mat Wellington is a drone enthusiast.

In January he started up Rotorcross NZ, and held the league’s first race in March.

Wellington says about 20 pilots turn out at each event, held roughly every two weeks around the country, and about as many spectators join the crowd. Group membership is at 50, and growing fast, he says.

“It’s the closest sport to actually flying for real,” he says. “It’s a really immersive sport, really competitive, but everyone has a lot of fun too.”

Dunno what is meant by “immersive” sport.

But let’s read on…

Wellington started the national championship at the same time as the league, with points from regional competitions building towards a grand finale likely to be held next year. He’s also organising a group of six pilots to head across the ditch in December for a bit of trans-Tasman rivalry.

Rotorcross NZ, which is supported by Model Flying New Zealand, uses the more established club’s flying grounds for competitions, and also has “fun flying” days where people can come along to get a feel for the sport.

It organises events through its Facebook page, and Wellington suspects the sport has taken off because it is much less expensive to crash a drone than other model flying machines. The hardy carbon fibre frames can endure impacts that would cost “hundreds and hundreds” of dollars to repair in another machine, he says.

The drone – he reckons – could be put to good political use, too.

He will look into the technical constraints, but he wonders if he could sit back in his favourite seat in the Eketahuna Club while the drone hovers over the Labour Party’s branch headquarters in his electorate and sends back pictures and voice recordings.

Come to think of it, this would be a a good reason for getting a drone regardless of the sporting potential.

This entry was posted on Sunday, June 21st, 2015 at 3:04 pm and is filed under Sport. You can follow any responses to this entry through the RSS 2.0 feed. You can leave a response, or trackback from your own site.