Iwi head wants some state houses on the cheap – but even better, he wants them given away

Yep. He was reported to be expecting property in which taxpayers have invested heaps to be handed over to iwi for nothing – or if something must be paid, then the price should be of the bargain-basement variety.

His reasoning is set out in this report today:

Mr Piripi told The Nation at the weekend the market price for some state houses is zero because the “outcomes will far outweigh the cost”.

Alf must confess he is not sure what his means.

Alf is none the wiser.

END_OF_DOCUMENT_TOKEN_TO_BE_REPLACED

Alf will be going out to bat for Nga Behekite and Spiky today.

He hopes she and her canine companion get support from other politicians, too, as she fights heartless Housing NZ bureaucrats.

Nga Behekite – according to a report at Stuff (here) – has lived in the same Housing NZ home for 15 years.

But she may be evicted if she does not find a new home for Spiky, her dog, by the end of the day.

This will be happening – it seems – even though a neighbouring shopkeeper happens to think Spiky has been doing a grand job in the crime-fighting department by deterring thieves.

Naturally, this is not doing much for Nga’s stress levels.

END_OF_DOCUMENT_TOKEN_TO_BE_REPLACED

It’s a silly idea and no, we don’t need an associate Minister specifically for Maori housing

Alf has just caught up with news of a group representing not-for-profit housing providers.

He knows of lots of property developers who have gone bankrupt in recent years, which somewhat puts them in the category of not-for-profit housing providers.

But in this instance we are talking about do-gooders involved in an outfit which wants the Government to appoint an associate minister specifically for Maori housing.

END_OF_DOCUMENT_TOKEN_TO_BE_REPLACED

The public can rejoice this morning. The right of Housing NZ to evict three frustratingly pugnacious females from their state houses in Lower Hutt has been upheld – yet again.

Take notes of the names of Robyn Winther, Huia Tamaka and Billy Taylor. If they turn up asking to rent property from you, have a hard think about the consequences should you ever have need or cause to terminate the lease.

They were served eviction notices from their Housing NZ homes in suburban Pomare in March 2009 after three Mongrel Mob gang members, who were their partners, were involved in the home invasion of a neighbouring Housing NZ tenant in 2008.

But this is a tenacious trio, fiercely determined to remain put.

So far they have sought and failed to overturn the evictions through the Tenancy Tribunal, Lower Hutt District Court, High Court, and Court of Appeal accusing HNZ of breaching the Bill of Rights.

END_OF_DOCUMENT_TOKEN_TO_BE_REPLACED

Is the abandonment of Christchurch a Maori phenomenon – or is there a broader story?

And all because the departing Maori feel they don’t have a stake in a city where fellow citizens – as ratepayers and taxpayers – have been subsidising their low-rent accommodaion.

Christchurch Maori academic Rawiri Taonui was reported today as saying many Maori are abandoning the city because they don’t have an ownership stake in rebuilding it.

That’s what we do – and rats, too – to get off sinking ships.

And the evidence for this claim that many Maori are abandoning the city?

END_OF_DOCUMENT_TOKEN_TO_BE_REPLACED 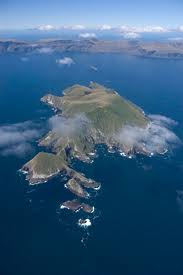 Spare a thought for Housing NZ as it tries to deal with complaints about neighbours from hell.

It can respond to those complaints by shifting the hellish neighbours.

But that simply creates the hell of litigation. Housing NZ has been trying to evict tenants from a suburb of Lower Hutt, only to be thwarted time and again by time-consuming (and costly) appeals to the courts.

Another consideration, of course, is that in some cases the neighbours from hell are Maori and therefore are regarded as “special” under a United Nations deal which we have signed.

Housing NZ accordingly has cause to be chary as it deals with the complaints from the Bell Block neighbours of a woman convicted of harassing them.

According to the Taranaki News, Housing New Zealand has promised it will find a new home for the neighbour who has been giving them grief.