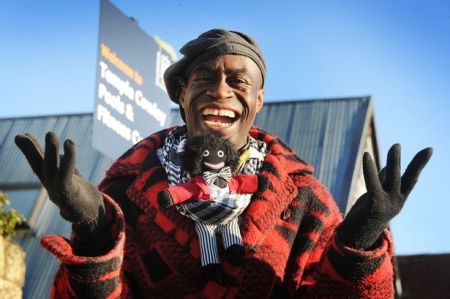 You can appear naked on TV these days … but -BBC censors bridled at this spectacle.

Can Alf talk about the Black Death?

Probably not. At least, not in polite company.

However it’s labelled, it was real, a devastating pandemic that resulted in the deaths of an estimated 75 to 200 million people which peaked in Europe in the years 1346–53.

Just as it was wise to try to avoid encountering whatever plague it was that caused all those deaths, it is wise nowadays to give a wide berth to golliwogs. Indeed, it is best you not even discuss them.

Pak’n Save has just been apologising that one of its supermarkets made an “error of judgment” in selling the dolls, and has apologised to customers.

Some aggrieved plonker presumably posted a photo of a black “Happy Gollies” children’s toy, retailing for $21.99, and this inevitably attracted a storm of opprobrium on social networks Twitter and Reddit.

END_OF_DOCUMENT_TOKEN_TO_BE_REPLACED

But can he face being banned by Oxford publishers?

Alf salutes the mayor of Rotterdam, a bloke who has told fellow Muslims who don’t appreciate the freedoms of living in the West to ‘pack your bags and fuck off’.

The mayor is Ahmed Aboutaleb, a Moroccan-born Muslim, who gave his advice live on TV in the wake of the Charlie Hebdo attack in Paris last week.

It seems this mayor with balls is a former journalist who was appointed mayor of the Dutch city in 2008.

Not all journalists are ratbags, we may suppose.

END_OF_DOCUMENT_TOKEN_TO_BE_REPLACED

The poster says he is “BACK”…

Alf has become thoroughly bemused about editorial policy at The Daily Mail, a publication with which he has always felt politically comfortable.

Sadly, they have become astonishingly PC by the looks of it and have taken umbrage at remarks made by Rush Limbaugh, an American entertainer, radio talk show host, writer, conservative political commentator and loud mouth.

There have been many times when umbrage should have been taken at the utterances of this fellow.

We could – and probably should – also wonder about the quality of the genes bequeathed him by parents who gave him the preposterous name of Rush Hudson Limbaugh III.

But the Daily Mail has become antsy on this occasion because he has admitted to being ‘racist’ following comments he made about actor Idris Elba.

END_OF_DOCUMENT_TOKEN_TO_BE_REPLACED

Canterbury wails: some dons are in a pother that cash from cows might curdle their research

“But is it ethical that we are being paid by a right-wing Government?”

Just an idea: some research is called for into how much the brains of our academics have been addled by exposure to earthquakes.

The thought is raised by the fluffy-headed thinking about money that has become evident at Canterbury University.

Some of the dons favour turning down good money if it comes from sources they have put on their black list.

It is neither good nor bad.

END_OF_DOCUMENT_TOKEN_TO_BE_REPLACED

But consultation with iwi is good for you, Sir Bob – and they have ideas to improve your designs too

Aucklanders have long looked like a spineless bunch of tossers, more anxious to be politically correct than to stand up for their property rights against the outrageous demands of local authorities and the tangata whenua.

Or – and there is another way to look at this – Aucklanders recognise that some members of their community are special and should be allowed to dictate to them what they may and may not do.

These special citizens, of course, are the city’s indigenous persons who have increasingly been empowered to influence development decisions.

Auckland’s readiness to subject themselves to the demands of indigenous persons can be seen today in this report in the NZ Herald.

The article deals with an Auckland Council rule that requires building owners to seek iwi approval for work on their land.

END_OF_DOCUMENT_TOKEN_TO_BE_REPLACED 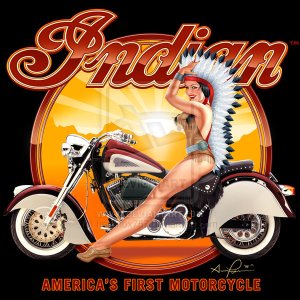 Alf presumably caused offence when he rode a bike like this.

Alf was bemused by the haste with which a designer apologised for including a few feathers in a fashion show.

Feathers are culturally unacceptable – it transpires – when you stick ’em in a headdress and put the headdress on the head of anybody other than a male native-American with the appropriate chiefly qualifications to wear it.

Trelise Cooper was obviously oblivious to the rulebook that governs these matters.

On learning of her breach she apologised for featuring the feathered head gear, saying it was a mistake and admitting her ignorance.
END_OF_DOCUMENT_TOKEN_TO_BE_REPLACED

He had an unfortunate encounter with a Pommy tosser.

Alf has brought the BBC into his blog for the second successive day.

But whereas yesterday his interest was triggered by a boorish broadcaster’s dragging New Zealand into his badinage, today he will berate the Beeb for being much too bloody precious.

Its avoidance of simple English so as not to offend dwarfs is best illustrated by examining how other media have headlined reports of the same event on their web sites.

The Sydney Morning Herald headlined its story with Dwarf left wheelchair-bound after being dropped on night out celebrating his birthday.

The Week tells us: Paralysed dwarf blames England’s Mike Tindall for his injuries.

But the BBC is much more coy: Man with restricted growth injured in street attack.

It kicks off its report –

END_OF_DOCUMENT_TOKEN_TO_BE_REPLACED

More offensive than the goods in a sex shop?

Ah, but has the madness gone further in this country than elsewhere?

Or can the Brits lay claim to being more crazed than us?

In that country a group of toddlers has been re-educated in how to sing “Twinkle Twinkle Little Star” with hand gestures to ensure they do not offend the deaf.

In sign language – it seems – you’ve got to be careful when you make a star shape, because in British sign language it translates into a woman’s genitalia.

END_OF_DOCUMENT_TOKEN_TO_BE_REPLACED

And this is how you should wear your bloomers.

They’re a daft lot, your Poms (except, of course, the Royals).

They will relish publicly embarrassing a woman who has got offside with the hoi-polloi by trying to uphold good manners and basic courtesies.

Yet they will excoriate the splendidly irreverent Jeremy Clarkson for making a comedian the butt of a joke.

The hapless woman has become infamous world-wide for her email about manners in which she criticised her future daughter-in-law for being uncouth.

The Daily Mail accordingly would have delighted in publishing unflattering pictures of her posted on Facebook.

They suggest “Carolyn Bourne may be less stuffy than she first appears, herself enjoying the odd moment of impropriety”.

One shot shows the woman dubbed ‘Miss Fancy Pants’ standing in her kitchen modelling a huge and not exactly flattering pair of bloomers over her trousers.

Another shows six young men standing in her kitchen with their trousers down around their ankles.

END_OF_DOCUMENT_TOKEN_TO_BE_REPLACED

If Murray Deaker had been watching his P’s and Q’s, he would have avoided the N word

The Dambusters with Guy Gibson (Richard Todd) and his dog whose name should not be mentioned in polite company.

So what does sports commentator Murray Deaker have in common with a celebrity hairdresser and a perfumier? They have all startled people and maybe upset some by using the N word.

The thing is, it has become increasingly naughty to use the N word over recent decades as attitudes change and its offensiveness is increased.

Alf wouldn’t mind betting he would be in bigger trouble if he publicly used the N word than if he brought the C word into play.