So why have we (but not iwi) been excluded from a Northland beach? Because of official laxity, it seems

It looks like our indigenous persons can chalk up another triumph in having craven public servants put iwi interests ahead of the wider public’s.

The bureaucrats in this tawdry tale of ineptitude are the tossers at the Overseas Investment Office who are dab hands at rubber-stamping applications for foreigners to buy chunks of the country but not so good at ensuring the conditions are met.

Mind you, they have done our indigenous persons a big favour in this case and will have earned lots of brownie points from their political masters in the Beehive.

Strictly speaking, as a member of the Government, Alf should be applauding them.

He will do so publicly (which may well help our team to keep the Maori Party on side).

END_OF_DOCUMENT_TOKEN_TO_BE_REPLACED

Maori like to be consulted – but who did Tuhoe consult about their ban on Urewera hunting? 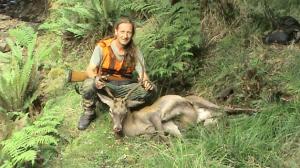 Nowadays he will need Tuhoe permission.

Alf was never satisfied with the assurances and platitudes from Chris Finlayson, our Attorney-General, about public access to the foreshore and seabed when the issue was being argued a few years ago.

He particularly remembers ACT MP David Garrett being given the brush-off at question time in Parliament.

Finlayson was apt to insist he expected  very little of the foreshore and seabed would end up under Maori customary title through the claims process in the legislation that replaced the Foreshore and Seabed Act.

END_OF_DOCUMENT_TOKEN_TO_BE_REPLACED

A runanga is not consulting with residents? But when did Maori have to do any consulting? 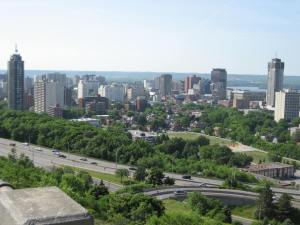 Aggrieved residents could try moving to this Hamilton…

The good citizens of Hamilton (the one in the Waikato) are learning the hard way what happens when sovereignty is ceded to their indigenous neighbours.

The indigenous neighbours are rejoicing in their sovereignty and flexing their muscle.

As a consequence the Pakeha element of the neighbourhood perhaps has become subservient to the indigenous element.

This explains why (as you will learn here) some residents of Hamilton are whinging about not being consulted.

They don’t understand the conventions that are being established in tune with our Treaty arrangements and the partnership it created.

Under these arrangements governments and local authorities are expected to consult with iwi and other bodies representing our indigenous Treaty partners.

There is no obligation for our indigenous Treaty partners to do any consulting.

END_OF_DOCUMENT_TOKEN_TO_BE_REPLACED

So you want to enhance your property? Don’t forget to get the cultural okay from your local iwi

Hard on the heels of his political triumph with the supermarkets, Labour Maori Affairs spokesman Shane Jones will have chalked up more political points with his criticisms of a new rule that will affect Auckland property owners.

The city’s leaders – fasten your seat-belts, folks – are requiring property owners to seek iwi approval to work on sites of cultural and heritage value to Maori.

As if living in Auckland isn’t penalty enough for any individual of sound mind, this is a lulu of an idea.

Jones actually calls it dangerous as well (obviously) as an extra compliance cost.

His views are reported today in the NZ Herald:

END_OF_DOCUMENT_TOKEN_TO_BE_REPLACED

Alas, the court hasn’t recognised the special qualities that are more than skin deep.

We have some judges who aren’t up with the play about our indigenous citizens requiring special treatment.

A giant blow was struck in favour of these citizens on 20 April 2010, when Pita Sharples announced your Government’s decision to formalise its support for the UN Declaration on the Rights of Indigenous Peoples.

He said this would help to restore New Zealand’s mana in addressing indigenous rights.

Pita’s media statement included 16 points set out under an “Announcement of New Zealand’s Support for the Declaration on the Rights of Indigenous Peoples”.

END_OF_DOCUMENT_TOKEN_TO_BE_REPLACED

Yes, we know what it is – just don’t use the word.

Oh dear. Alf is harbouring an offensive weapon in his storage box of childhood toys and memorabilia, such as his Plunket book.

Among his treasures is a ….

But wait. The moment Alf completes that sentence, he will have committed an offence against modern-day notions of decency and probably against the law.

END_OF_DOCUMENT_TOKEN_TO_BE_REPLACED

We can add special sense of humour to all the things that make our indigenous people special citizens.

To illustrate this point, here’s something that we are told should give Maori a good chuckle.

It’s a translation of “policeman” (a concept which Alf suspects did not exist in Te Reo until the white man turned up with a splendid array of well-proven methods of good British governance, including the introduction of a police force for rounding up bad buggers).

END_OF_DOCUMENT_TOKEN_TO_BE_REPLACED

And then there’s the kill shot…

Gotta say it was encouraging to get some idea of what Dame Susan Devoy has to say about Waitangi Day.

Or rather, what she has written about Waitangi Day.

Some tosser on Radio NZ’s Morning Report this morning (listen here) was obviously hoping she would expand on what she had written and tried teasing her into saying something untoward. She had the good sense to be circumspect. She should have hit him in the nuts with her squash racquet.

She was circumspect – or rather, considered about what she said as you will find here – because she has just been named Race Relations Commissioner.

END_OF_DOCUMENT_TOKEN_TO_BE_REPLACED

Alf was hugely buoyed by news that Joris de Bres is moving on.

His good friend and colleague, the formidable Crusher Collins, has named Dame Susan Devoy to take over as Race Relations Commissioner.