We hesitate, on this blog, to give any credit to lefites (or greenies, bankers and tossers, among others).

But it looks like a Parliamentary select committee chaired by a leftie is on the right track, given a good steer – no doubt – by the Nats among its members.

The committee is the Regulations Review Committee and according to the Herald on Sunday (here) it is seeking explanations from the New Zealand Teachers Council.

It wants to know – as most of us do – how come it has thrown a blanket suppression order over all complaints against teachers.

END_OF_DOCUMENT_TOKEN_TO_BE_REPLACED

You would think Holden’s zeal for new flag would have flagged, after his referendum flop

On the one hand, he says New Zealanders are adopting the Silver Fern as the national flag because they identify with it more than the Southern Cross.

But in the next breath, he says it’s important that we talk about this on our national holiday.

If we have already adopted it (as he claims), what’s there to talk about?

END_OF_DOCUMENT_TOKEN_TO_BE_REPLACED

Our Attorney-General, Chris Finlayson, really does need to harden himself up for the rough-and-tumble of politics.

He sounded positively virginal when he chided his Labour counterpart, Charles Chauvel, for making public some correspondence from a judge.

“Disgraceful”, he thundered – or as near as he can get to thundering, which doesn’t get much above zero on a decibel measure.

END_OF_DOCUMENT_TOKEN_TO_BE_REPLACED

Psst – want a good election tip? Put your dosh on Goff being put out to pasture soon after the race 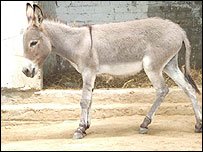 A better bet than the prospect of a Goff-led coalition.

Care to spare a thought for how Phil Goff might be feeling this morning?

On second thoughts, forget about it. Let’s get used to the idea that in a few months he will be political dog tucker.

Alf confidently asserts this on the strength of news that the National government is trouncing Labour, according to the latest Horizon poll.

National has 10.2% more support than Phil Goff’s Labour, and is continuing to widen the gap, with its support up 2.2% since May against a 0.9% rise for Labour.

The only surprise there is that Labour was able to lift its support at all after dishing up that capital gains tax pap.

END_OF_DOCUMENT_TOKEN_TO_BE_REPLACED

But if one bloke can’t do the inspection job, why haven’t we had a catastrophic oil spill?

It’s easy to see why the public service blossoms under Labour governments.

The buggers are strong on regulation and inspection, and stuff like that.

Now they are howling for the Government to hire more inspectors to keep an eye on the splendid people who are doing our economy a big favour by looking for oil.

We already have a bloke who undertakes this work.

Obviously he is very good at it, because we have had no catastrophes like the one in the Gulf of Mexico last year.

END_OF_DOCUMENT_TOKEN_TO_BE_REPLACED

A note of caution: don’t let the Aussie company tax decision divert our attention from the ETS

Alf has only just caught up with an on-line account of what ACT MP John Boscawen had to say about the emissions trading scheme at the weekend.

Speaking on TV3’s “The Nation” Mr Boscawen said the Government needed to immediately to defer the scheme now that Australia has decided to defer its scheme.

The New Zealand scheme is due to begin on July 1.

“I’ve heard from several sources in recent days that several members of Cabinet are concerned, “he said.

“Back bench lobby MPs are lobbying Cabinet Ministers, they’re very concerned about the damage it’s going to do to New Zealand and the damage there is to their re-election prospects.”

Dunno about the others, but Alf can be counted among the Nat back-benchers who are very unhappy with our team’s determination to go ahead with the ETS scheme.
END_OF_DOCUMENT_TOKEN_TO_BE_REPLACED

A fellow blogger ran into a bit more turbulence than he would have expected after posting some stuff about Charles Chauvel’s disapproval of noisy kids on a flight from Auckland to Wellington.

More than a few of the comments in response to the posting are chiding the complaining blogger.

One of them says –

… I appreciate the difficulties in keeping little children quiet for any kind of extended period of time but also it might pay to appreciate how freaking infuriating it is for everyone else to share a flight with them. Mr Chauvel’s comments are well within the realms of reason in my opinion, I probably would have said something similar (I’m a taxpayer, a voter and a citizen).

END_OF_DOCUMENT_TOKEN_TO_BE_REPLACED

Damn – our attempt to remove a legal muzzle has been rumbled

Alf gagged on his corn flakes and whisky this morning when he spotted criticism of plans to give MPs more protection against being sued if they make defamatory comments.

We’ve given ourselves so many other perks that it seems downright petty to try to say enough’s enough and that MPs should be bound by the same libel laws that bind everybody else in our society, including the likes of David Farrer, Whale Oil and Cactus Kate.

As things stand, we MPs enjoy a special privilege when speaking in Parliament that removes those shackles. We can’t get away with murder, but we don’t have to worry about irritating consequences like defamation suits if we drop a bit of bullshit into proceedings and subject some poor sod to a bit of hatred, ridicule or contempt.

Trouble is, we have this freedom to speak our minds – no matter how addled those minds might be – only during parliamentary proceedings.

Just think what Alf Grumble could say in these posts if he could pepper his prose with calumnies and lies or ignore court orders, immune from some pesky prick popping up to claim damages because he or she has been defamed.

END_OF_DOCUMENT_TOKEN_TO_BE_REPLACED

Chauvel’s caution had already been sounded

From the Labour side of the political divide comes a media statement headed “Latest NZ carbon position no cause for complacency”.

The statement was issued by Labour’s Climate Change Issues Spokesperson Charles Chauvel, who said there were four reasons why the Government’s announcement of a better-than-expected carbon emissions position should be treated with caution.

Alf was pleasantly surprised by Chauvel’s numerical skills. Obviously he misunderstood when – in a chat with mates in Bellamy’s about Labour leadership prospects – someone said Chauvel didn’t count.
END_OF_DOCUMENT_TOKEN_TO_BE_REPLACED