It’s been a waste of time, going to the NZ Herald site today – or any other NZ media site – for the latest news.

Having had no approach from officials about his willingness to accept a knighthood – or even a lesser gong, dammit – Alf knew bloody well there was nothing in the New Year Honours for him.

So the list was not worth reading, even to find out who had won the honours that persistently are being denied him.

To be honest, as Mrs Grumble would attest, Alf especially did not want to find out who had won those honours.

He shows a nasty vindictive streak on these occasions.

Not even Graham Henry can be considered more deserving.

END_OF_DOCUMENT_TOKEN_TO_BE_REPLACED

What sort of housing do you think Chris Carter has found for himself – or been allocated – in Kabul?

He’s the leftie sad-sack who was put on stress leave after throwing a tantrum while fleeing from journalists questioning him over his credit card spending.

Leader Phil Goff called the episode a circus and sent Carter on leave to ponder his political future.

By then he had been demoted from seven to 13 in the party rankings and had lost his job as foreign affairs spokesman, but was given conservation and retained ethnic affairs.

END_OF_DOCUMENT_TOKEN_TO_BE_REPLACED

Is David Cunliffe about to spit the dummy? And if so, how far will it be spat?

Mrs Grumble wanted Alf to have a beer or two with Labour’s David Cunliffe, on learning that he might be thinking about leaving Parliament and politics.

She thought he could do with some comforting and might benefit from Alf’s experience as an MP who is still languishing on the furthest-flung of the Nats’ back benches despite his huge popularity in Eketahuna North and his decades of electoral victories there.

Tell him how you would be chuffed to make it on to the front bench, even if it is in sixth, seventh or eighth spot, she urged her favourite MP.

The story that triggered her concern says –

END_OF_DOCUMENT_TOKEN_TO_BE_REPLACED

They are masters of corruption in Kabul – so what will Chris Carter be doing to clean things up?

It’s a bloody shame Radio NZ did not take the opportunity to subject Chris Carter to a proper interview this morning.

The bugger who questioned him was much too preoccupied with reminding us of Carter’s past, such as his use of taxpayer-provided perks.

But Carter is being despatched to help clean up the corruption in a country where they take their corruption seriously and are masters at it.

END_OF_DOCUMENT_TOKEN_TO_BE_REPLACED

So if Phil can't get any advice from Kevin Rudd, maybe he should consult this bloke.

The nub of it was that former Australian prime minister Kevin Rudd was saying he has no leadership advice for Phil Goff.

It went on to report what already was well known – that questions are being raised about the Labour leader’s future because of his handling of the media ruckus over a police investigation involving former list MP Darren Hughes, who resigned on Friday.

If any of Alf’s constituents give a toss about Goff and his possible fate at the hands of his power-hungry caucus colleagues, they can look here and here.

END_OF_DOCUMENT_TOKEN_TO_BE_REPLACED 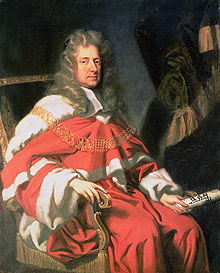 Hanging Judge Jeffreys ... a bloke who earned his keep.

Alf must admit to being somewhat pissed off with The Boss today.

His grievance has been triggered by the way we MPs have our pay decided and pay rises announced. It’s a same-pay-rise-for-all deal, the sort of thing trade unions negotiate to ensure that workers and the drones are paid the same and that the system promotes mediocrity.

All MPs have been given a pay rise.

But a hard-working star like Alf is getting the same pay rise as buggers like Paul Quinn, who was described by the political gurus at Trans-Tasman as a media-loathing misfit, and rude and arrogant. The newsletter reckoned “National should start wondering whether this list MP is a waste of space.”

Worse, Alf is being paid the same as that bald-pated poof, Chris Carter, and a whole heap of other banck-benchers you have never heard of because they don’t actually seem to do too much or say anything worthy of anyone’s attention.

END_OF_DOCUMENT_TOKEN_TO_BE_REPLACED

Bugger - who let the TV3 cameras in on my Christmas?

So why haven’t the buggers in the Speaker’s Office alerted the news media to Alf’s holiday travel plans?

He would jump at the chance to be pictured climbing into his modest Mazda Atenza – a 2004 job – before driving to Taihape for a modest Christmas dinner with other members of the modest Grumble family.

Indeed, he offered TV3 a few hundred bucks if they would take such pictures and screen them on their news programme, but they somewhat impolitely turned down the offer.

The problem, probably, is that he is happily married to Mrs Grumble and they have three children and several grandchildren (Alf has lost count of how many exactly). This makes him remarkably ordinary, despite his accomplishments on behalf of his electorate.

Hence Alf is throughly pissed off to learn that Chris Carter, the bald-pated poof who happens to be an MP on the other side of the parliamentary divide, is saying the media have ruined his summer holiday after the itinerary for his taxpayer-subsidised trip to Sri Lanka was leaked.

END_OF_DOCUMENT_TOKEN_TO_BE_REPLACED

Chris Carter has been given 500 good reasons for wanting to leave the Labour Party without being kicked out for trying to undermine leader Phil Goff.

If he were to stay with the cash-strapped party, they would tap him for $500 for a war-chest to fight the Mana by-election campaign.

Whether or not the party kicks him out, the sad bugger lacks David Garrett’s sense of what is the decent thing to do, although this might be explained by his having nothing much else to do except politics.

Garrett has resigned from Parliament.

END_OF_DOCUMENT_TOKEN_TO_BE_REPLACED

If you want to quickly learn Chris Carter’s fate, find an account that cuts out the bullshit

Now this is important - if you don't want Carter kicked out of the party, keep your pink hats on.

Alf is proud to bring you this exclusive picture of the Labour Party bunfight that considered Chris Carter’s future.

He offered it to the Herald on Sunday, but they turned it down.

The sad bastards at the HoS were much more fascinated by Phil Goff’s language after the party meeting broke up.

It was a deliberate, planned and thoughtful commentary on questions about the strength of his leadership, and he made it on the same day another nail went in Labour MP Chris Carter’s political coffin.

Goff dropped the BS-bomb after a Labour Party council meeting in Wellington yesterday to discuss the next step in sacking Carter following a botched sabotage attempt on his leadership.

END_OF_DOCUMENT_TOKEN_TO_BE_REPLACED

In Labour’s topsy-turvey world, the bloke who sees reality is packed off on stress leave

Alf was drawn this morning to developments in the troubled political career of Chris Carter.

It seems a lawyer is acting for the dissident Labour MP.

And the Herald tells us Carter is to take two months off work for stress-related issues.

The leave means any decisions about Mr Carter’s future in the party may have to wait for weeks as Labour Party rules mean Mr Carter needs an opportunity to put his case before action is taken against him.

Carter, of course, was given the old heave-ho from Labour’s caucus last Thursday within hours of being identified as the writer of an anonymous letter to the media saying the party couldn’t win next year’s election with Phil Goff as leader.

If he had a fair quota of common sense, of course, he would have sent his opinions in a way that could not be traced back to him.
END_OF_DOCUMENT_TOKEN_TO_BE_REPLACED