Canterbury wails: some dons are in a pother that cash from cows might curdle their research 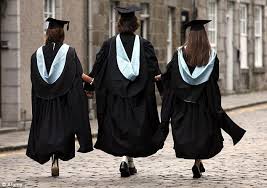 “But is it ethical that we are being paid by a right-wing Government?”

Just an idea: some research is called for into how much the brains of our academics have been addled by exposure to earthquakes.

The thought is raised by the fluffy-headed thinking about money that has become evident at Canterbury University.

Some of the dons favour turning down good money if it comes from sources they have put on their black list.

It is neither good nor bad.

END_OF_DOCUMENT_TOKEN_TO_BE_REPLACED

Alf is bound to agree with the xenophobic Campaign Against Foreign Control of Aotearoa on this occasion.

Cafca regards Federated Farmers as “unbelievably naive” in its reaction to news of a mysterious Chinese company hoping to spend a few billion on dairy farms.

The feds described the wheeling and dealing in dairy farms as an “unintended consequence” of the NZ/China Free Trade Agreement. ”

Pull the other one, says Cafca.

There’s nothing unintended about this consequence, this is how “free” trade agreements are supposed to work. They all come with embedded investment agreements which protect the rights of investors from the countries which are party to the Agreement, and those foreign investors’ rights are backed up by the force of legal sanction.

END_OF_DOCUMENT_TOKEN_TO_BE_REPLACED

Export subsidies – they are the American way

It probably lowered Lachlan McKenzie’s blood pressure a tad, and Kiwis up and down the country will shout their approval. But it seems unlikely to accomplish much else.

“It” is the media statement issued today in which McKenzie described President Obama’s Dairy Export Incentive Program (DEIP) as “un-American”.

Abrasive stuff. But will Obama be sufficiently stung into backtracking?

McKenzie went on to say the programme is designed to target major New Zealand markets “and is being driven by envy that sees uneconomic American farmers being propped up by struggling US taxpayers.”
END_OF_DOCUMENT_TOKEN_TO_BE_REPLACED

Police should be looking for a right tit

Some thefts are explained by an obvious economic incentive. Copper, for example.

But breast pumps? What ever happened to the milk of human kindness when thieves start stealing breast-pumps?

The Manawatu was plagued, a few months back, by a group of thieves who stripped down three rural houses of copper in one string of attacks.
END_OF_DOCUMENT_TOKEN_TO_BE_REPLACED

So the grouchy Greens do recognise good farm practices, when they see ’em. Pity is, the recipient of a rare plaudit is the state-owned Landcorp, rather than a privately owned farm.

Here’s some good news on dairy farming and a doff of the cap to the SOE Landcorp and its farm managers.
END_OF_DOCUMENT_TOKEN_TO_BE_REPLACED

The saving of Prince Harry

Great news today from Britain’s Telegraph. Paris Hilton has ruled out a romance with Prince Harry because of her friendship with Chelsy Davy.

Of Prince Harry, who recently split from girlfriend Chelsy Davy, she said: “I think he’s a nice guy, I love Chelsy though – I think she’s so sweet – so I wouldn’t try anything.”

Last year it was reported that Prince Harry ignored Miss Hilton’s attempts to attract his attention while dancing at a London nightclub.

And the prospect of her genes tainting those of the royal-blue-blooded Windsors was more upsetting to him than the sobering item from Homepaddock on the latest Fonterra dairy payout forecast.

A thought flickered into his head: what sort of return could Harry expect for the product from a ditsy heifer called Hilton? The mind boggles.

Alf is taking action as a follow-up to his item about the gloomy economists, journalists and commentators who spread their insidious pessimism through the economy and infect our growth prospects.

Today he has declared war on doomsayers and gloom-spreaders and is naming the first candidates to be put in a tumbrel, END_OF_DOCUMENT_TOKEN_TO_BE_REPLACED

How Fonterra could lift its sales

Homepaddock has recorded, without comment, the appointment of Jonathan Mason as new chief financial officer at Fonterra.

Alf does wish to comment. He reckons the new bloke should come here via Britain to take up his new job, and take a butchers at what happened when a British pub chain dropped its prices.
END_OF_DOCUMENT_TOKEN_TO_BE_REPLACED