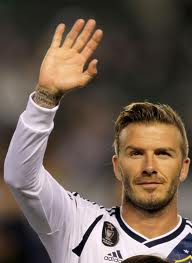 Hi, John … and how much are you earning?

Having never seen a dob of batshit, at least not so far as he is aware, Alf is none the wiser about the depth or dearth of David Beckham’s intelligence.

But he is aware that “batshit” is a measure of a bloke’s braininess employed by The Boss.

He might have said as thick as guano, which is the excrement of seabirds, cave dwelling bats, and seals.

He might further have pointed out (as your learn here) that –

Guano manure is an effective fertilizer due to its high levels of phosphorus and nitrogen and its relative lack of odor compared to other forms of organic fertilizer such as horse manure.

Dunno if it is better to be as thick as batshit, apeshit or pigshit.

Or as thick as guano.

END_OF_DOCUMENT_TOKEN_TO_BE_REPLACED

Stripping our public service to bare essentials is not so easy.

The public service has been doing a lot of yelping for an outfit that has shed bugger-all blood.

One of the top manadarins has revealed that the squeeze on state service backroom functions has saved just $20 million in two years.

The Government has shed more than 2500 jobs in the past three years and ordered chief executives to shave their IT and human resources bills as part of a drastic overhaul of the public service.

But despite ambitious plans to save $1billion over three years, a `benchmarking’ report to be published next week will show 31 agencies and departments have managed to reduce spending by just $20m.