Maori like to be consulted – but who did Tuhoe consult about their ban on Urewera hunting?

Nowadays he will need Tuhoe permission.

Alf was never satisfied with the assurances and platitudes from Chris Finlayson, our Attorney-General, about public access to the foreshore and seabed when the issue was being argued a few years ago.

He particularly remembers ACT MP David Garrett being given the brush-off at question time in Parliament.

Finlayson was apt to insist he expected  very little of the foreshore and seabed would end up under Maori customary title through the claims process in the legislation that replaced the Foreshore and Seabed Act.

END_OF_DOCUMENT_TOKEN_TO_BE_REPLACED

Chris Carter has been given 500 good reasons for wanting to leave the Labour Party without being kicked out for trying to undermine leader Phil Goff.

If he were to stay with the cash-strapped party, they would tap him for $500 for a war-chest to fight the Mana by-election campaign.

Whether or not the party kicks him out, the sad bugger lacks David Garrett’s sense of what is the decent thing to do, although this might be explained by his having nothing much else to do except politics.

Garrett has resigned from Parliament.

END_OF_DOCUMENT_TOKEN_TO_BE_REPLACED

An ACT of ingratitude – we go out to bat for Rodney, only to have Douglas disparage us

Catching up with Australia would be great - but how far down has it gone already?

You would think the tossers in the ACT Party were grateful for the PM’s willingness to express his support for Rodney Hide as a Minister.

As a consequence Prime Minister John Key has to smile sweetly and say he is unbothered by an ACT Party campaign that apparently portrays him with his head in the sand on economic matters.

On the other he is telling Parliament that Rodney Hide is a fit and proper bloke to be a Minister.

Never mind the abominably bad judgement shown by Hide when he wore a yellow jacket, took his girlfriend around the world at the expense of taxpayers, and encouraged David Garrett to become an MP to champion tougher law and order measures despite knowing about Garrett’s dodgy track record in the law and order department.

Alf can only say The Boss is a remarkably decent bloke.

Or a remarkably realistic one, more likely, who knows full well that without the support of ACT MPs in Parliament he becomes discomfortingly dependent on the ethno-centric Maori Party.

END_OF_DOCUMENT_TOKEN_TO_BE_REPLACED

Is anyone pissed off with my leadership down there?

Thanks to the antics of the ACT Party, Alf could not tuck into his breakfast this morning. He was deeply troubled.

More particularly, Alf lost interest in his breakfast thanks to the highlighting of a political consequence if the ACT Party was holding too few seats in Parliament

His appetite for bacon and eggs with a few slices of black pudding and fried bread was thoroughly ruined by Claire Trevett, writing in the Dom-Post about Rodney Hide and the political support he believes he still commands.

END_OF_DOCUMENT_TOKEN_TO_BE_REPLACED

Alf is fascinated by speculation that Don Brash might – or should – ride to the rescue of the ACT mob.

The speculation has been incorporated in a Herald account of David Garrett’s resignation from ACT in disgrace and the criticisms being heaped on Rodney Hide (and his judgment) after he acknowledged he supported Garrett as a candidate even after learning of details of his passport scam, including the use of a dead child’s identity.

Mind you, some of that criticism comes from the Labour side of the political divide and for that reason on any other occasion would be discounted.

END_OF_DOCUMENT_TOKEN_TO_BE_REPLACED 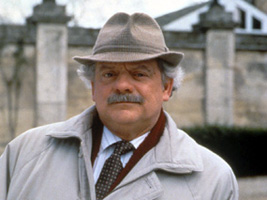 Alf has alerted British authorities to his suspicions about the real identity of one of their best known police officers.

He refers, of course, to Inspector Frost, a gritty cop (and much admired by the British people) who did his crime-busting thing in Denton, in the British Midlands.

Alf suspects the real Inspector Frost is none other than a disgraced New Zealand member of Parliament, who landed his job as an MP not because he was popular with his electorate, but because the ACT Party saw fit to place him fairly high on its list.

The MP is known in this country as David Garrett, although Alf does not discount the possibility this might be an alias.

Unlike Inspector Frost, Garrett is a bloke who would have no show of winning votes in Eketahuna North, and – Alf wold venture – would be unlikely to attract votes anywhere else in this country if he stood for election in a constituency.

END_OF_DOCUMENT_TOKEN_TO_BE_REPLACED

Stubborn silence – is this the accountability we could expect if Rodney (fat chance) became PM?

Alf agrees totally with the Herald’s John Armstrong, who has admonished Rodney Hide over his refusal to say why Heather Roy was given the heave as deputy leader.

Alf didn’t drop into the press conference where ACT announced nothing much more than what everybody seemed to know (he was busy dealing with a constituent’s problems with the bloody health system).

The information Hide volunteered, over and beyond the sparse details in his media statement , fell far short of what the taxpaying public is entitled to know, in circumstances that result in a Minister being replaced.

It was zero, plus zilch multiplied by zippo and it came to diddly-squat.

And it exposed Hide yet again as a bloke who preaches accountability but struggles to practice it.

END_OF_DOCUMENT_TOKEN_TO_BE_REPLACED

Alf was interested in a parliamentary question put by Labour’s Annette King yesterday. She wanted to know on what date Cabinet decided to support the Declaration on the Rights of Indigenous Peoples, and what Cabinet believed the impact of such a decision would be.

The answer from Bill English, acting PM, was that Cabinet made the decision to support the declaration on 22 March.

The statements made to this House and to the UN accurately reflect Cabinet’s view that this is a non-binding, aspirational document.

The Government has affirmed that New Zealand’s existing legal and constitutional frameworks will define the bounds of the influence of the declaration.

END_OF_DOCUMENT_TOKEN_TO_BE_REPLACED

Sex with children: let’s zap our offenders and leave law enforcement overseas to their police

Alf despairs (often) about the inability of his fellow politicians to think clearly.

A good example of his colleagues going seriously off the rails has popped into the headlines today.

People who travel overseas to have sex with children will face a “strike” towards life imprisonment under new proposals that widen the net of the three strikes bill.

Alf wasn’t around, when the Sentencing and Parole Reform Bill – under which criminals would be sentenced to life imprisonment without parole on third conviction for any of 40 qualifying offences – was reported back from select committee yesterday.
END_OF_DOCUMENT_TOKEN_TO_BE_REPLACED

The shrieking classes are in a state of high agitation this morning after ACT”s David Garrett floated the idea of voluntary sterilisation for abusive parents.

Offer the buggers a few thousand bucks in return for getting themselves sterilised, he suggests.

He says this may be one way of preventing the birth of children who might otherwise be injured or killed through domestic violence.

Mr Garrett says one option would be to offer $5000 if the parent agreed to be sterilised.

Alf is surprised that the fiscal implications do not seem to have been considered.
END_OF_DOCUMENT_TOKEN_TO_BE_REPLACED