Alf has a soft spot for the good folk at Federated Farmers, especially because they always send him an invitation to their pre-Christmas party in Wellington which he enjoys attending.

But he is not entirely sympathetic to their complaint that WorkSafe New Zealand is out of control for pursuing charges against a farming couple for failing to wear helmets on their quad bike.

An account of what happened can be found here at Stuff.

Marlborough farming couple has been fined $40,000 for not wearing helmets while riding their quad bikes.

Phillip Andrew Jones, 33, and Maria Anna Carlson, 30, were spotted by WorkSafe New Zealand inspectors riding a quad bike without helmets on a Havelock farm on multiple occasions since 2012.

The pair were absent from the Blenheim District Court when they were sentenced by Judge Tony Zohrab yesterday.

The court heard the pair, who have a share-milking partnership on the farm, were given multiple warnings by WorkSafe to wear helmets while on their quad bikes, but continued to be non-compliant.

So what does “multiple warnings” mean?

END_OF_DOCUMENT_TOKEN_TO_BE_REPLACED

Dunno if Federated Farmers has farmed out its public relations to some outfit in India, or somewhere even more remote, at weekends.

The fury has sadly gone from a press statement issued this evening.

The bloke whose name is attached to the statement is not an Indian, of course, and may well want to boast it’s all his own work.

Alf’s would counsel him to plead confusion somewhere between drafting, sign-off and release, or crossed wires, and blame the distant PR team for placing so much emphasis on the bleeding obvious.

The press release (here) might just as well have declared that beer will spill if you drop your mug, or that the sun will rise again in the morning (in some parts of the country anyway).

END_OF_DOCUMENT_TOKEN_TO_BE_REPLACED 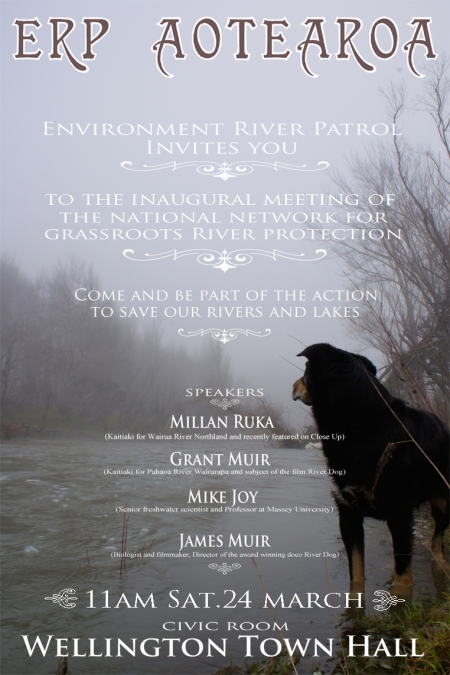 But be ready to embrace the kaupapa.

Now we know what happens when efforts to clean up the environment encounter somebody’s kaupapa.

We get a racial divide and shit hits the fan.

Alf can only record his bemusement as members of several groups – intent on protecting waterways from cow poop – consider how best to proceed.

END_OF_DOCUMENT_TOKEN_TO_BE_REPLACED

Another spending-cut idea for Bill: put the brakes on those zealous farm-bike inspectors 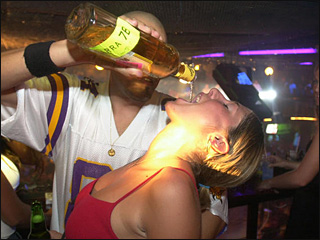 Just a few more, then we'll go home on the quad bike.

Alf agrees with his good mates at Federated Farmers: the tossers at the Labour Department are indulging in overkill in their efforts to deal with quad bike accidents.

Many more Kiwis die from drinking too much booze than from quad bike accidents.

But the bloody Labour Department – no doubt desperately looking for work to to do to justify its existence and avoid budget cuts – is preparing to get tough on farmers who flout safety guidelines.

END_OF_DOCUMENT_TOKEN_TO_BE_REPLACED

It was dropped by a horse - or by Labour Party spin doctors, maybe - and the dung beetles will relish every mouthful.

A funny bunch, Federated Farmers. They have issued a media statement to tell us they are celebrating – would you believe? – the Environmental Risk Management Authority’s approval for the importation and release of eleven dung beetle species.

Alf is happy to celebrate on most occasions, especially when the celebrating is being done with champagne, but he bridles at celebrating the importation of a creature that consumes crap.

For starters, because the wee buggers thrive on shite they will probably vote Labour, or – even more fetid and hence more nourishing for a dung beetle – the Greens.

But the feds are over the moon, saying they believe they will make a great contribution to agriculture’s environmental performance.

“Dung beetles provide an environmental and agriculture win-win by breaking down ruminant dung while building the organic structure of soil.

“One of the major benefits of dung beetles is their ability to reduce farm related environmental degradation.

END_OF_DOCUMENT_TOKEN_TO_BE_REPLACED

Alf is bound to agree with the xenophobic Campaign Against Foreign Control of Aotearoa on this occasion.

Cafca regards Federated Farmers as “unbelievably naive” in its reaction to news of a mysterious Chinese company hoping to spend a few billion on dairy farms.

The feds described the wheeling and dealing in dairy farms as an “unintended consequence” of the NZ/China Free Trade Agreement. ”

Pull the other one, says Cafca.

There’s nothing unintended about this consequence, this is how “free” trade agreements are supposed to work. They all come with embedded investment agreements which protect the rights of investors from the countries which are party to the Agreement, and those foreign investors’ rights are backed up by the force of legal sanction.

END_OF_DOCUMENT_TOKEN_TO_BE_REPLACED

Nah, you don’t have to plead with Nick Smith to ignore a public clamour

They must be a sheltered breed, your South Canterbury farmers.

Alf makes this supposition on the strength of a Radio NZ report today that such a farmer is warning Environment Minister Nick Smith not to be swayed by public opinion on applications for large-scale dairy farms in the Upper Waitaki region.

Why should he be worried that a politician might be influenced by public opinion?

Sure, we pollies pore through the newspapers and keep tabs on what people are saying on TV and the radio. And we spend heaps of money on polls to keep tabs on the public mood, and when we have measured it, we blissfully ignore it.

END_OF_DOCUMENT_TOKEN_TO_BE_REPLACED

Export subsidies – they are the American way

It probably lowered Lachlan McKenzie’s blood pressure a tad, and Kiwis up and down the country will shout their approval. But it seems unlikely to accomplish much else.

“It” is the media statement issued today in which McKenzie described President Obama’s Dairy Export Incentive Program (DEIP) as “un-American”.

Abrasive stuff. But will Obama be sufficiently stung into backtracking?

McKenzie went on to say the programme is designed to target major New Zealand markets “and is being driven by envy that sees uneconomic American farmers being propped up by struggling US taxpayers.”
END_OF_DOCUMENT_TOKEN_TO_BE_REPLACED

Great news in the ODT today.

Farm leaders are gunning for Bryce Johnson and his mob, questioning whether public funds have been misappropriated by New Zealand Fish and Game and calling for a review of the organisation’s powers.

Their demands follow the High Court’s finding in favour of pastoral lessees and against Fish and Game, the rods and guns outfit which sought a declaratory judgement on whether lessees have exclusive possession and to grant the public greater access to leasehold land.

The right to exclusive possession hadn’t been questioned in the past, because it was the clear intent of the government to grant it when the leases were created.

Federated Farmers is among those now insisting the Government look at the legislative privilege that enables Fish and Game to fund such “frivolous litigation.”
END_OF_DOCUMENT_TOKEN_TO_BE_REPLACED

Feds fulminate against the ETS

Federated Farmers has a flair for robust language, when arguing the toss on political issues (robust action, too, on occasions). And the prospect of an emissions trading scheme has riled them big-time.

They had the opportunity to air their views yesterday, when the Primary Producers Select Committee heard submissions from the agriculture sector.

Bringing agriculture into the emissions trading scheme would be a case of the road to economic hell being paved with good intentions, Federated Farmers president Don Nicolson told MPs reviewing the scheme.

Climate change wasn’t the only challenge the world faces, he contended.
END_OF_DOCUMENT_TOKEN_TO_BE_REPLACED