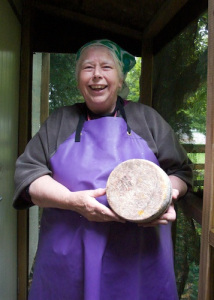 We bring you good news today from one of Alf’s favourite people, although she lives outside his electorate boundaries down the road a bit from here and doesn’t necessarily vote for John Hayes in Wairarapa.

The lovely lady he speaks about is Biddy, the Eketahuna cheese-maker who a year or so ago featured in this blog after falling foul of the bloody bureaucrats in the food safety business.

The absurd story about her encounter with silly rules was told first by Farmers Weekly and was picked up by the Sunday Star-Times. Both pages, alas, are no longer available to on-line searchers.

As Alf reported here at that time, the buggers shut down her cheese-making business after it was featured on the TV series Country Calendar.

END_OF_DOCUMENT_TOKEN_TO_BE_REPLACED

Alf this morning is admiring the enterprise of a Kiwi business that exports wallabies to the United States for sale in pet shops.

We are well rid of the wallabies which are (a) Australian and (b) pests, although some of Alf’s mates reckon that once a creature has been identified as Australian we can take it for granted it is a pest.

Alas, the company doing the exporting has been dragged into an international probe into animal cruelty.

Rotorua-based Dama Exporters was dobbed in to the Ministry of Agriculture and Fisheries (MAF) by People for the Ethical Treatment of Animals (PETA).
END_OF_DOCUMENT_TOKEN_TO_BE_REPLACED

Let’s kick off the new year with good news.

Alf was cheered to learn that the Northland woman banned from making jam for her local hospice shop is back in full production after a gap of four months.

She is Gloria Crawford, a 68-year-old retired farmer from Waipapa.

She is a great lady doing good deeds for her community.

But she fell foul of local council inspectors with nothing much to do, obviously, except flex their regulatory muscle. They told her she could no longer make jams and pickles for sale because she didn’t have a registered kitchen.

Can you guess where a common- sense way around this daftness was to be found?

In Wellington, folks, among the capital’s bureaucrats.

The Food Safety Authority overruled what it described as absurd regulations, and allowed the good lady to continue, albeit with an obligtion to submit a food safety programme.

Mrs Crawford says she passed the jam test several weeks ago, and now she’s had the all-clear for her sauces and pickles.

“They stood and watched me make a batch of jam and that was fine, I met their criteria there.

“And then the sauces and pickles came up. I got these questions and seemed to answer them satisfactorily so they said well that’s okay, go for it.”

Just one thing would turn this good news into great news. Alf would like to hear that the puffed-up poohbahs responsible for a pathetic interpretation of policy procedures for making pickles were sent packing. They are prize prats.

Half-baked solution to an unidentified problem

Dunno which bunch of scaremongers pisses off Alf the more: the Health Ministry mob who are gunning against obesity, or the Food Safety Authority when it warns against the dangers of spoon-licking after baking.

The New Zealand Food Safety Authority warned in this month’s edition of its Foodfocus newsletter that licking the spoon or mixing bowl had a “nasty bite”.

“It may be a traditional treat to lick the bowl and spoon when baking, but the New Zealand Food Safety Authority is advising against it after an outbreak of salmonellosis was linked to some brands of flour.”

A salmonella outbreak last year led to about 50 people falling ill. Investigations traced the outbreak to a batch of flour, and a number of children falling ill after baking.

So what is the magnitude of the mischief being addressed with this advice?

The authority referred the Herald on Sunday to the Ministry of Health for figures on salmonella poisoning related to licking the spoon or mixing bowl. The ministry says there are no recorded cases, and that the figures do not exist.

When the high-handed buggers can produce evidence to show there’s a problem, Alf might endorse the solutions they recommend. But not before.

Tips on how to avoid poisoning your hangi guests

A new food safety guide for Maori has its origins in a nasty incident back in 1997, when a GP notified Auckland Healthcare Public Health Protection of a gastroenteritis case.

The patient had attended a hui in Auckland hours before becoming unwell. Public health staff found 63 more people who had been at the hui suffered symptoms of gastroenteritis.
END_OF_DOCUMENT_TOKEN_TO_BE_REPLACED