Hekia has encountered some risky behaviours, too, but is giving troubled charter school another chance

Mrs Grumble shied off doing some online checking into the charter school that has been told to pull up its socks.

She had been keen to find out something more about the Northland school that has been told it is failing and has already cost taxpayers about $1.5 million – a number that (according to Stuff’s education sector sources) could double.

This bothers Alf and the missus because this is money that might well be spent on something dear to we Nats, such as Team NZ.

So what’s the school got to say for itself?

When a Google search to the school website was undertaken, our anti-virus software sounded a warning:

Are you sure you want to go there?

http://tkhkwhangaruru.ac.nz/ may be risky to visit.

Why were you redirected to this page?

What possibly could this mean?

END_OF_DOCUMENT_TOKEN_TO_BE_REPLACED

Don’t tell Hekia, but it takes gall to regard September as an early month of the year 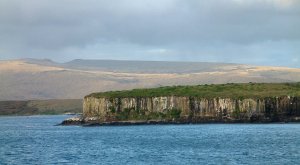 Enderby Island … and the end of an education problem if ratbag kids were shipped here.

Alf is very fond of Hekia Parata and an admirer of her unwavering optimism.

The media have been banging on about three out of five charter schools failing to meet minimum enrolment targets.

But our indomitable Education Minister is unruffled.

The NZ Herald reports on what she had told Radio NZ:

(a) there is still demand for these schools and (b) it is still early in the year and figures might improve.

September? Early in the year?

END_OF_DOCUMENT_TOKEN_TO_BE_REPLACED

Alf is by no means surprised to learn that Maori-language schools are prominent among those refusing to hand over national standards data to the Government.

Hence they won’t want to comply with the rules that apply to schools frequented by the rest of the country.

END_OF_DOCUMENT_TOKEN_TO_BE_REPLACED

Poor old Aaron Gilmore should be kicking his own butt. Hard.

He only had to keep his nose clean and we Nats would have rewarded him with a nice job somewhere whenever he decided to give up politics.

That’s what we did with Dr Jackie Blue, who recently was appointed the Equal Employment Opportunities Commissioner.

Aaron didn’t keep his nose clean, of course, and he is quitting in unhappy circumstances.

Alas, he therefore shouldn’t expect to be rewarded with a job like…

END_OF_DOCUMENT_TOKEN_TO_BE_REPLACED

Here’s hoping Hekia is all geared up to flit down to Christchurch and sort out two Maori immersion schools.

One of them must move.

But as Stuff tells us here, they are a stroppy twosome.

Each of them seems determined to fight the Government’s decision.

END_OF_DOCUMENT_TOKEN_TO_BE_REPLACED

Dunno where Tariana Turia has been, these last few days.

She has just despatched a media statement (here) to dismiss accusations of conflict of interest against our Hekia as “ridiculous”.

Co-leader of the Māori Party, Tariana Turia, has spoken out about the ‘ridiculous’ accusations levelled at Hekia Parata over a supposed conflict of interest with a ‘second cousin’.

“If Hekia’s whānau is anything like ours, there will be literally hundreds of whanaunga that might be described as a second or third cousin, twice removed – or whatever the correct terminology is” said Mrs Turia.

Alf had thought this matter was no longer on the commentariat’s agenda.

Is is there anything left to discuss???

END_OF_DOCUMENT_TOKEN_TO_BE_REPLACED

Rebranding – or what the Hekia was going on at our Correspondence School back in 2010?

Gotta confess to being bloody perplexed by a media statement from Hekia’s office yesterday.

She was announcing the appointment of the former Chief Executive and Secretary for Education, Karen Sewell, as the new chairperson of the Board of Te Aho o Te Kura Pounamu (Te Kura).

And what the fuck is Te Aho o Te Kura Pounamu, your hard-working member was tempted to inquire?

The media statement went on to provide the reply.

END_OF_DOCUMENT_TOKEN_TO_BE_REPLACED

A blow for free speech: Wi Popata has used the N word without Joris (so far) disapproving

Good news, old boy - Wi Popata says you don't have to be given a new name.

Dunno if this means Alf can put the N word back into his vocabulary.

But it’s heartening to learn that no arrests have been made – so far as Alf can ascertain at time of writing – in connection with the N word being bellowed at Maori politicians at Waitangi.

And Joris de Bres, our Race Relations Commissioner, has not denounced the use of the word during yet another boorish demonstration of hate and belligerence against The Boss and other political leaders.

Sure enough, the name Popata comes into the story.

END_OF_DOCUMENT_TOKEN_TO_BE_REPLACED

Gravity has a lot to account for, including claims that cost the ACC $272m last year

Gravity has an inevitable effect on people who slip, trip, stumble or lose their balance.

It brings them down to earth – or towards it – and their journey ends with a jolt when they hit the ground or whatever might interrupt their downwards journey.

END_OF_DOCUMENT_TOKEN_TO_BE_REPLACED

No, Hekia, all New Zealanders do not – alas -respect the laws of our lovely land

Is anything like this happening off the East Coast?

Alf’s gotta have a chat with Hekia Parata. She has been expressing some very strange beliefs on Morning Report.

Hekia – fine lady – was being questioned about the role of the police in protecting the Petrobras oil search from the greenies and stroppy Maori.

The stroppy buggers were abiding by the 200m limit last night but will decide today whether to stick to it.