It looks like the Salvation Army had a better hand.

Running a business always has risks, the more so should it become dependent on Government money.

In that case, you might say, there is an element of a gamble about maintaining the business’s cash flow, because the bosses can never rule out the tap being turned off at some time by the politicians, the bureaucrats or both.

The same goes for providers of social services.

We should bear this in mind while listening to bleats from pinkos, lefties and other assorted hand-wringers that the Problem Gambling Foundation has had its Government funding cut off because it opposed the controversial SkyCity convention centre deal.

END_OF_DOCUMENT_TOKEN_TO_BE_REPLACED

Not so long ago your hard-working member was musing on Radio NZ’s Te Manu Korihi team finding a great gusher of indigenous grievances (he should have said another great gusher).

The radio journos had been talking with the head of an outfit called Te Kaunihera o Nga Neehi Maori – the National Council of Maori Nurses.

This race-based nurses’ outfit was bleating at that time about our district health boards failing to pay it enough heed when deciding how public money should be spent on health services within their respective domains.

Another bleat was about newly trained Maori nurses taking work in rest homes because they can’t get jobs in hospitals.

Guess what? The council is back with more grievances.

Money is being dished out to other Maori outfits and schemes instead.

END_OF_DOCUMENT_TOKEN_TO_BE_REPLACED

No, we mustn’t blame parents for fattening their brats – Prof Swinburn says it’s the Govt’s fault

So we have spawned a nation of fat brats and – guess what? – it’s the Government’s fault.

Yep. the country’s sprogs have been getting steadily fatter, according to new Ministry of Health figures. They show 85,000 Kiwi kids are now obese.

The full report can be read here.

Alf won’t be bothering. He is content with the information he gleaned from TVNZ in their report here.

END_OF_DOCUMENT_TOKEN_TO_BE_REPLACED

It looks like a bunch of bureaucrats is lamentably lacking in understanding that our indigenous citizens are entitled to special treatment because they are special people.

That means any service they might provide to their indigenous kith and kin should be subject to special measurement standards. Applying the standards that apply to any similar service is simply inappropriate and may be contrary to the letter if not the spirit of The Treaty.

Accordingly it is thoroughly out of order for health officials to have written a damning report on the country’s only Kaupapa Maori intellectual disability residential care provider.

According to this report at the Herald, the officials have found the organisation is “seriously dysfunctional” and recommended urgent action to protect patients and staff.

Further insensitive details are provided in a more comprehensive report and backgrounder at Stuff.

END_OF_DOCUMENT_TOKEN_TO_BE_REPLACED

Spare a thought for Neon’s mum, who is still fighting against the forced treatment of her son in Britain.

She might have given the lad a better start in life by naming her boy Fred, or Harry, or Jack, or something blokey. Anything but Neon (or Electra for his sister).

It’s too late for that.

But the Kiwi mum who lost a battle to prevent the British health service giving her son radiation therapy for a brain tumour is not waving the surrender flag yet.

END_OF_DOCUMENT_TOKEN_TO_BE_REPLACED 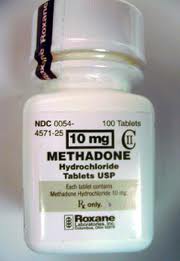 No, child, they are not lollies.

Alf was a tad perturbed to read of a coroner’s namby-pamby calls for child-proof packaging on medicines.

A youngster has died after scoffing his mum’s methodone. This – of course – is sad.

But the coroner is blaming…who?

In this case it happened to be a Labour Government, which had been looking into an initiative for child-proof packaging on medicines but apparently abandoned the idea in 2007.

This decision is being linked to the death that was the subject of the coroner’s hearing.

According to the report at Stuff, going ahead with the idea could have saved the life of a four-year-old Upper Hutt boy accidently poisoned last year.

END_OF_DOCUMENT_TOKEN_TO_BE_REPLACED

Without a good old-fashioned blood-letting at the Ministry of Health, how will it get better?

But if there are no bits left over, won't the restructuring be a waste of time?

Dunno what exactly is going at the Ministry of Health.

But the Public Service Association is bleating that “a substantial number of redundancies” may result from the latest restructuring.

According to Radio New Zealand –

Uncertainty surrounds the future of many jobs at the ministry, which is introducing a new policy advice structure in February.

END_OF_DOCUMENT_TOKEN_TO_BE_REPLACED

Ducks crap in it and fish fornicate in it.

Alf is delighted that a Ministry of Health survey upholds the prudence of his practice of drinking nothing that has not been (a) boiled or (b) bottled as booze.

His liquid intake essentially comes from lots of coffee and plenty of good liquor.

He has aired the health benefits of booze in a previous post.

Today he is pleased to pass on the gist of a report which gives umpteen good reasons for steering clear of water as a thirst quencher.

We just don’t know where it has been.

END_OF_DOCUMENT_TOKEN_TO_BE_REPLACED

Forget about the conflict of interest, Tony – here’s your chance to chop out the spare mandarins

Bugger ... it looks suspiciously like a conflict of interest!

Alf has written to Health Minister Tony Ryall to draw attention to a money-saving opportunity.

Tony is dead keen to grab money-saving opportunities, and to thin down his ministry and to make district health boards look for savings too by constraining their budgets.

Yeah, it’s a bit like tummy-tuck surgery except it has the unfortunate consequence of leaving the public with reduced health services.

But dammit, we have a fiscal crisis on our hands.

Anyway, the cost-saving idea identified by Alf simply requires no more than a bit of redundancy among the ministry mandarins.

A glaring example of a candidate for redundancy is the Health Ministry official who says he will not resign if elected to Wellington’s district health board, because he believes he can do both jobs at once.

And no doubt he can knock off a couple of cryptic crosswords while singing “Yankee Doodle” in Urdu at the same time.

END_OF_DOCUMENT_TOKEN_TO_BE_REPLACED

Alf has always believed that he (or she) who pays the piper calls the tune.

When you have heard the tune played, but don’t know who paid the piper – does it matter much?

This and are lofty questions are raised by a Radio New Zealand report based on the latest wailings of the anti-smoking group, ASH.

ASH is making a fuss about (they allege) a front organisation being set up for tobacco interests to oppose the raising of tobacco prices through higher taxation.

Obviously this new outfit can’t count itself a roaring success so far, because Parliament the other day passed legislation to raise tobacco prices through higher taxation.

The passage of this legislation, of course, amounts to a public relations success for those of us (including Alf) who reckon ours would be a much healthier country if smokers gave up their habit.

Regardless of this success, ASH seems to be highly agitated by the activities of an outfit called the Association of Community Retailers.

ACR was established last month and ASH says it works from the same offices as a Wellington public relations consultant who represents Imperial Tobacco.

Alf – frankly – couldn’t give a damn.

Moreover, he would like to think ASH has more important things to worry about.

ASH director Ben Youdan says the association supports the views of tobacco companies and should reveal its funding sources.

Imperial Tobacco has yet to comment, but the PR consultant, Glenn Inwood, denies the company is funding the retailers association.

He says he pays the association’s costs, which will eventually be covered by membership fees.

And an association spokesperson, Richard Green, says to his knowledge, the group is not funded by the tobacco firm.

Alf would like to see the full client list of this Inwood bloke, who likes to go out to bat for clients with serious image problems.

For example, he has done a grand job doing his PR thing on behalf of Japanese whalers (who must kill a few whales in the interests of science).

It’s fair to point out at this juncture, therefore, that maybe Japanese whaling interests in effect have funded the new pro-tobacco lobby, by paying Inwood generously enough to enable him to do what he is now doing.

Certainly the new lobby organisation has been looking for funds, because:

Mr Green says he asked Mr Inwood to approach another company, British American Tobacco, for funding, but says the request was declined.

An outfit like ASH seems to have no great problems raising money.

We taxpayers toss it a big chunk of readies to enable it to develop community-led initiatives such as No Smoking Day and smokefree Te Matatini, and working with a wider range of organisations to increase their participation in tobacco control via training, media support and technical expertise on tobacco issues.

Alf learns this from their annual report, which says ASH receives funding via a combination of Ministry of Health and research contracts, membership fees and donations from the public and organisations.

So in effect, smokers pay taxes, a portion of which goes to the Ministry of Health, which gives some to ASH, which lobbies hard (and succeeds) to have the taxes on tobacco increased so smokers will be burned in the pocket.