The name of a rich-lister’s son is suppressed – but could news media let us see a photograph?

Oh dear, The bloody courts have done it again.

The name of the son of a New Zealand rich-lister is being kept secret – for now, at least.

Alf can understand his concern for anonymity because he has been accused of punching a female police officer in the face.

This is not chivalrous behaviour in Alf’s circles, although it must be said it might be acceptable behaviour, and even laudable, among the scions of rich-listers.

But the cop has cause to be aggrieved.

According to this report:

The police officer suffered a black eye, serious swelling to her face and needed hospital treatment.

The man has been charged with aggravated assault, resisting arrest, assaulting a security guard and damaging a window during an incident outside the popular Dunedin student haunt Shooters Bar back in March.

END_OF_DOCUMENT_TOKEN_TO_BE_REPLACED

There’s been news in the media of another prominent businessman coming before the courts.

This one has been jailed for 15 years for sexual violation and plying girls with methamphetamine for sex.

Judge Russell Collins also imposed a minimum term of eight years before he is considered for parole because of his high-risk of re-offending.

In other words, the villain of the piece is a prize ratbag.

Alas, we are not allowed to know who he is in the meantime.

END_OF_DOCUMENT_TOKEN_TO_BE_REPLACED

An indecent attack is odious enough – but why should assailant be allowed to keep victim gagged? 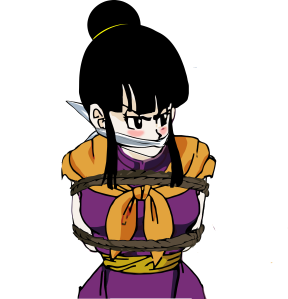 It’s unacceptable enough that a woman is subjected to some sort of indecent assault.

But it becomes outrageous when her attacker can then gag her as well, aided and abetted by the justice system.

Alf refers to a Sunday Herald report that tells us the victim of an indecent act is outraged her attacker is allowed a say in whether she can reveal her identity.

END_OF_DOCUMENT_TOKEN_TO_BE_REPLACED

We hesitate, on this blog, to give any credit to lefites (or greenies, bankers and tossers, among others).

But it looks like a Parliamentary select committee chaired by a leftie is on the right track, given a good steer – no doubt – by the Nats among its members.

The committee is the Regulations Review Committee and according to the Herald on Sunday (here) it is seeking explanations from the New Zealand Teachers Council.

It wants to know – as most of us do – how come it has thrown a blanket suppression order over all complaints against teachers.

END_OF_DOCUMENT_TOKEN_TO_BE_REPLACED 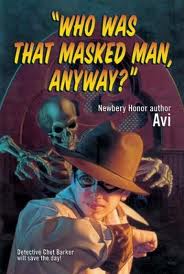 And was he ever considered “prominent”?

It’s very teasing of the court to continue to suppress the name of a bloke found guilty on three charges of indecently assaulting his stepdaughter.

He is described at Stuff today (here) simply as a former prominent figure.

After a three-day retrial a jury of six men and women today found him guilty on three charges of indecent assault which date back to 30 December 2009.

They reached a unanimous guilty verdict on a charge relating to stroking the girl’s breast and majority verdicts on two other charges of indecently touching her and kissing her back.

The man, who has name suppression, shook his head in disbelief at the verdicts.

This is not the first time he had been found guilty.

END_OF_DOCUMENT_TOKEN_TO_BE_REPLACED

Are the bloody judges listening to we legislators?

Two court cases reported in the papers today have triggered this question and sparked Alf’s sense of outrage.

First, a former All Black who pleaded guilty to child assault yesterday was granted name suppression.

END_OF_DOCUMENT_TOKEN_TO_BE_REPLACED

They could do with a dose of laughter.

The outrage is mounting, after Judge Philippa Cunningham dealt bizarrely with a comedian who had pleaded guilty to a not-so-funny sexual offence against his infant daughter.

She let this fellow go free without conviction, partly because he “makes people laugh”.

He will still be making people laugh, because we don’t know who he is and therefore we can’t express our contempt for him by steering clear of his shows.

At sentencing in the Auckland District Court, Judge Philippa Cunningham said he had stopped drinking, paid a high price in his personal and work life, and had shown remorse.