Those of you who bothered taking much notice (if any) of the politicians who flocked to the Ratana Church birthday bash a week or so ago probably missed it.

Alf most certainly can’t remember the media drawing attention to it, and they always pounce like vultures when they see this sort of thing.

The chance they missed -we now find – was a prime ministerial blue.

Personally, Alf reckons he blundered simply by turning up there to pay homage to a bloke who claimed a century or so ago to have seen a vision.

Moreover he regarded this vision as divinely inspired,and he likened himself to Christ.

END_OF_DOCUMENT_TOKEN_TO_BE_REPLACED

And then we’ll string the bugger up from the nearest tree.

Some namby-pamby hack at the NZ Herald today credits NZ First with having “a hardline law and order policy” that would offer greater protection to homeowners, farmers and shop keepers who shoot to kill intruders during home invasions or burglaries.

Part of the policy is a 40-year mandatory non-parole sentence for premeditated murder.

Alf’s idea of hard line would be to string the buggers up from the nearest tree, skipping the trial thing if need be.

NZ First also wants the Crimes Act amended to give certainty over the use of “reasonable force” for self-defence.

On this one, Alf would dispense with any need to demonstrate reasonable force had been used.

Next time he bumps into Richard Prosser around the precincts of Parliament, these matters should provide the stuff for a lively argument.

END_OF_DOCUMENT_TOKEN_TO_BE_REPLACED

Thanks to Whanau Ora, new ways have been found for saying “piss-up” and “paramour”

Winston Peters had almost won Alf to his side of the argument about those funny aura handouts.

But he has blown it.

If he had called his partner his ladylove, mistress, paramour, sweetheart or inamorata, fine.

He called her his “associate”.

Mrs Grumble has been so taken by this label that she is demanding she similarly be known as Alf’s associate.

END_OF_DOCUMENT_TOKEN_TO_BE_REPLACED

Some miracles are to be marvelled at, but the resurrection of Winston Peters is not one of them 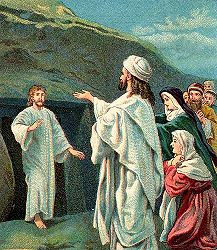 Good to see you, Lazarus ... but bringing that Peters fellow back from the dead won't be so easy.

It’s the stuff of nightmares, Alf wrote a year ago – “Winston and his mob have risen from the dead”.

The awful news to trigger that dismay came from a media release from an outfit called Horizonpolls. It was headlined New Zealand First May Decide Which Main Party Governs

John Roughan, a columnist at the NZ Herald, was as derisive as Alf was dismayed.

He complained that this media release proclaimed the premature start of The Silly Season.

His tart tone no doubt was influenced by the fact the Sunday Star-Times, owned by the Fairfax mob, had given front-page treatment to to the poll pointing to Winston’s political resurrection.

END_OF_DOCUMENT_TOKEN_TO_BE_REPLACED

Should you vote for Winston Peters? Why not take his advice on the matter

Hurrah for the Herald on Sunday.

It has delivered a timely reminder today that maybe the voters had good cause to rid Parliament of New Zealand First representation at the 2008 election.

Whee! Three glorious years without the strutting, the posturing and the hectoring of Winston Peters during parliamentary sessions has been refreshing.

And this being so, voters shouldn’t be too hasty about bringing the bugger back.

The HoS notes the poll figures that suggest too many voters have short memories.

Or worse, maybe they do remember, but they are so intellectually enfeebled that they actually highlight the case for voters to pass an intelligence test before they are allowed to register on the electoral roll.

END_OF_DOCUMENT_TOKEN_TO_BE_REPLACED

Alf proposes a Parliamentary Hall of Infamy for MPs and former MPs who finish up on the wrong side of the law.

He is pleased to observe this morning that Gilbert Myles is jockeying for a position.

That’s good. He could run the show.

In a court report today, the Herald describes him as “a former National MP”, but the bugger couldn’t stomach The Mother of All Budgets delivered by the admirable Ruth Richardson back in 1991.

He went on to join anything that looked like a party until the good people of Roskill had the good sense in 1993 – from memory – to biff him out.

END_OF_DOCUMENT_TOKEN_TO_BE_REPLACED

Who’s that with a spade? Oh, its Phil Goff, headed for the graveyard to dig up a coalition partner

Alf is fairly confident his constituents will all be voting for him at the next election, although he harbours a niggling doubt about a certain party on Newman Road who will go unnamed. The bugger was spotted buying meusli at the local store, a hint – perhaps – that maybe he is a Greenie.

This opens the teeniest possibility that one or two votes might not be cast for Alf. His confidence in being a shoo-in for re-election has been thoroughly fortified, however, by news that Phil Goff says Labour could work with New Zealand First if it needed the numbers to form a government.

It’s fair to say the good people of Eketahuna North, including the local equivalent of the blue-rinse set, will be thoroughly spooked by Goff’s willingness to lie down with someone who has come back from the dead.

It’s also fair to say that Goff will need numbers from a great array of parties, including the Bill and Ben Party and the Aotearoa Legalise Cannabis Party, to become prime minister.
END_OF_DOCUMENT_TOKEN_TO_BE_REPLACED