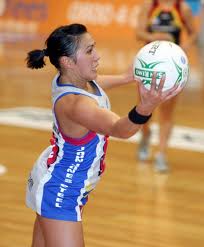 It's a nice shade of blue ... but what would happen if Alf wore this in the House?

Accordingly he approved of the Speaker giving her a red card and kicking her off the Parliamentary pitch.

As it turned out, she was thrown out of the House for wearing a Highlanders’ rugby shirt.

Today she is reported to have bleated about an “over reaction” from Speaker Lockwood Smith.

Parliament’s dress code dictates male members must wear a tie or jacket buttoned up to the neck. Women must wear ”normal business attire” however there is no specific detail on what is allowed.

END_OF_DOCUMENT_TOKEN_TO_BE_REPLACED

Nah, this ‘punchup’ is simply some pricklish politicking about a teenage strumpet called Holly

The first thing Alf has to say this morning is that the SST has conned him – and all its readers – with its headline Political punchup over call-girl claim.

There was no punch-up.

Not even the hint of a bit of arm wrestling or of someone firmly putting an arm on the shoulders of someone else.

The second thing to say is that the story involves George Hawkins, mostly known to Alf as a bloke who spat the dummy when the Labour Party placed him around 25th on its party list in 2006. Hawkins thought he deserved a higher place, withdrew his name from the list, and won the seat handsomely when he stood for election in Manurewa.

But Alf reckons this tells us much more about the collective wisdom of the people of Manurewa than about the electoral appeal of George Hawkins, although the voters did have the good sense to lop his majority when he stood again in 2008.