If you have to fly with Gerry or Parekura, make sure you keep your distance for safety reasons

Oops – it looks like Gerry his shifted further to the right.

Dunno if your airline booking people would oblige if you asked for a seat far removed from fatties, like Parekura Horomia or Gerry Brownlee.

But you can be damned sure Alf will be asking for such a seat henceforth, all in the interests of safety. His safety.

Of course, this might mean (probably will mean) having to ask them to seat Alf some distance away from Mrs Grumble, when they travel together because she is on the plump side too.

Explaining to her why far-separated seats have been arranged will require great tact. Maintaining a warm and loving marriage relationship is important, but she is sure to understand if the reasoning is put to her carefully.

Alf’s urge to distance himself from fatties on airliners has been triggered by a warning from scientists that obese travellers would ‘blast through’ airplane seat belts in a crash.

END_OF_DOCUMENT_TOKEN_TO_BE_REPLACED

At first blush it seemed the West Coasters might not understand how much clout – or rather, how little – is carried by the Leader of the Opposition.

The answer, of course, is bugger all. Alf reckons you would get more power from an AAA battery.

And so when it comes to making decisions to raise or cut taxes, introduce new laws and regulations, and what-have-you, a Leader of the Opposition can do little more than vote no and persuade his team to do likewise if he does not support the Government’s plans.

Not everybody knows this, maybe, and it seemed the West Coasters certainly don’t understand the political impotence that comes with sitting on the Opposition side of Parliament, because Stuff says –

END_OF_DOCUMENT_TOKEN_TO_BE_REPLACED

If our kids are fat and unfit, where will we find the players for future All Black teams? 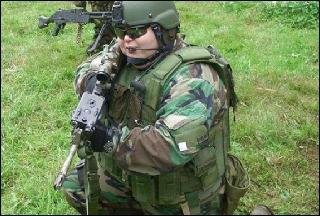 Dressed to kill but too fat to fight.

Officials obviously are keen to read what Alf has to say on this and that, and – in this case – what he has to say about child health matters.

Within days of your favourite MP blogging on the topic, we have evidence to affirm that children living within easy walking or cycling distance of school are continuing to be driven there despite increasing efforts to curb New Zealand’s alarming childhood obesity rates.

Stuff tells us today of a 2006-07 study that found that one in five Kiwi children was overweight and one in 12 was obese.

But the fresh news is:

Less than 40 per cent of Wellington children living within five kilometres of their schools walk or bike each day, as busy lives and safety concerns drive parents and their kids into cars, survey results from Greater Wellington regional council show.

Half of those being driven to school live within 2km, according to the study of 27 schools.

Alf could regale you with recollections of his walking 20 km to and from school each day in bare feet, sometimes in snow and often in rain, although this would be a gross fabrication of the sort more typically generated by Labour and Green politicians.

But he did walk to and from school.