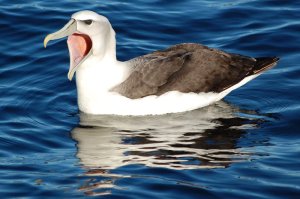 Yep – the answer is it’s got a bloody big mouth and those feathers look likely to be easily ruffled.

Gotta say Labour’s Shane Jones is bang-on when he says the Greens are too thin-skinned.

But thanks to their thin skins, the Greens have done us a favour by exposing David Cunliffe as a tosser for giving them the time of day after they complained about something Jones said about one of their MPs.

Cunliffe told Jones to pull his head in and not upset the Greens.

This is instructive and goes to show the rest of us that the Greens carry much too much clout with the Labour leadership, making the unlikely prospect of a Labour-Green coalition look highly unpalatable.

It also shows a much-too-cosy relationship between the Green and Labour heads of staff.

END_OF_DOCUMENT_TOKEN_TO_BE_REPLACED

So you want to enhance your property? Don’t forget to get the cultural okay from your local iwi

Hard on the heels of his political triumph with the supermarkets, Labour Maori Affairs spokesman Shane Jones will have chalked up more political points with his criticisms of a new rule that will affect Auckland property owners.

The city’s leaders – fasten your seat-belts, folks – are requiring property owners to seek iwi approval to work on sites of cultural and heritage value to Maori.

As if living in Auckland isn’t penalty enough for any individual of sound mind, this is a lulu of an idea.

Jones actually calls it dangerous as well (obviously) as an extra compliance cost.

His views are reported today in the NZ Herald:

END_OF_DOCUMENT_TOKEN_TO_BE_REPLACED

If Hone is serious about what he says about Osama, we must suppose he would have paid tribute to Adolf too 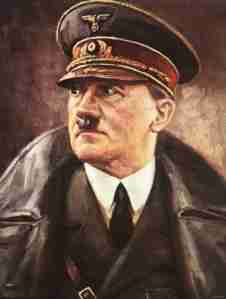 So what tribute would Hone have paid at this feller's funeral?

Dunno what planet Hone Harawira is inhabiting these days.

Brash’s concern essentially is that the Maori Party – and Hone’s new party – want to create a privileged group of New Zealanders.

“I want all New Zealanders to have exactly the same rights under the law. He [Hone] wants to give a preference to Maori.”

Today Alf has read that the stroppy Mana Party leader is describing Osama bin Laden as “a man who fought for the rights, the land and the freedom of his people”.

Osama wanted to deprive a lot of people of their rights by subjugating them to Sharia law.

And what people, pray, was he fighting for?

Not the ones who are fighting and giving their own lives – not someone else’s – for democracy in countries like Libya, Syria, Yemen and Egypt.

END_OF_DOCUMENT_TOKEN_TO_BE_REPLACED

If they built a waka similar to this, which end would be the bow?

The Herald today is headlining a story about another handout to hapu.

The opening paragraph of the report says the Government’s gift of almost $2 million to the hapu to build a plastic waka for the Rugby World Cup has drawn outrage from some MPs.

But outrage, or any response of a critical nature, is bound to be the stuff of sour-grapes politicking from pissed off Opposition MPs who wish they had thought of it first.

The money being extracted from your pockets and mine, dear constituent, is going to a good cause.

END_OF_DOCUMENT_TOKEN_TO_BE_REPLACED

Shane Jones is tipped to make a come-back, but who is the tipster and where has Jones been?

And my New Year resolution is to stick to the Walt Disney channel.

Alf is always fascinated by political reports built on a mix of firm quotes and vague tip-offs and understandings.

A splendid example pops up in the Herald today.

Shane Jones (pictured here) is tipped to be handed the Opposition Maori Affairs portfolio and placed on the frontbench as Labour prepares its lineup for the election.

END_OF_DOCUMENT_TOKEN_TO_BE_REPLACED

It took much too long thinking about it and being advised how to handle it. But sad-sack Chris Carter has said sorry to over-stretched taxpayers for overdoing things with his urge to travel with a companion at their expense.

The gay gallivanter – stripped last week of his foreign affairs job on the Labour front bench – has fessed up to say he travelled “excessively” as a minister and shouldn’t have taken his partner with him as often as he did.

Alas, after spending the past week working in his Te Atatu electorate after his position within the party was thrown into doubt following his demotion, he also told media he would be returning to Parliament next Tuesday

END_OF_DOCUMENT_TOKEN_TO_BE_REPLACED

A challenge for florists: how do you say “bugger off, Chris Carter” in flowers?

It is a toss-up as to whose behaviour was more contemptible. Chris Carter’s, for doing his damndest to duck making an apology for his spending shenanigans, or the media larrikins for the way they pursued him through the corridors of Parliament.

The journalists’ unseemly pursuit of the hapless Carter, as Alf observed it on the telly last night, was rather like a sharks’ feeding frenzy.

Their behaviour was ugly.

Dammit, they were so intent on further breaking an obviously bewildered and shattered man that the effect was to have Alf feeling sorry for the bugger. Well, almost.

But Carter had committed the cardinal sin of refusing to take questions from them. They get huffy about that sort of thing.

He could learn a thing or two from Shane Jones, who has fronted the media consistently since the recent exposure of his inclination to watch pornographic movies in hotels, charge the taxpayer, then later repay.

END_OF_DOCUMENT_TOKEN_TO_BE_REPLACED

Chris Carter and his lifestyle – is quitting as an MP the only way to avoid discomforting publicity?

Oh dear. Labour’s Chris Carter is having something that looks suspiciously like a hissy-fit. He can’t take the heat and is thinking of quitting the kitchen.

The publicity around his dipping into the public trough has been too much for the poor soul.

But the publicity has less to do with being New Zealand’s first openly gay Cabinet minister (as the HoS describes him today) and more to do with his ministerial spending being dragged out of the closet.

Whatever the magnet for media attention, the HoS says, Carter is close to quitting Parliament because he is sick of being attacked as a “luxury-loving gay boy”.

Alf can find plenty of reasons for wanting to admonish Carter, but not because he is a “gay boy”. This is an expression he eschews, because it is the language of woofter social engineers, calculated to win greater public acceptance of a certain type of bedroom carry-on than otherwise it would get.

END_OF_DOCUMENT_TOKEN_TO_BE_REPLACED

Looks like Labour’s Shane Jones has lost lots of brownie points within his party over some of the purchases he made with his ministerial credit card back in the days when he had the privilege of carrying such a card.

Among other things, he watched pornographic movies.

Labour Party members are apt to frown on blokes who watch pornographic movies, although it’s fair to say many Labour blokes probably have done just that, except they did not use ministerial credit cards and hence have been able to keep their habit strictly private.

In the aftermath of what is happening, Alf’s Labour leadership tip is to keep an eye out for Chris Carter.

While Jones’ aspirations of leading the party have been sunk, Carter’s probably have been given a boost.

He used his ministerial card to… guess what?
END_OF_DOCUMENT_TOKEN_TO_BE_REPLACED