For a moment – maybe two or three moments – Alf was struggling to suppress his feelings of outrage.

A High Court judge in Britain had said immigrant parents should be allowed to slap and hit their children when they are new arrivals in Britain.

Nothing wrong with the slapping of children in Alf’s value system.

It’s the discrimination on cultural grounds that was upsetting (but only until second thoughts kicked in):

END_OF_DOCUMENT_TOKEN_TO_BE_REPLACED

Struck off: the further disgrace of an ex-lawyer who once aspired to be a Maori Party MP

The Lawyers and Conveyancers Disciplinary Tribunal is showing a troubling disregard for the notion that indigenous persons should be regarded as special.

It has ruled that an ex-lawyer, one Davina Murray, be struck off because she was unanimously found “not a fit and proper person to operate as a legal practitioner”.

Bearing in mind the fitness and propriety of some legal practitioners of Alf’s acquaintance, this is a damning decision.

Because Murray is an indigenous person it seemed improbable she would be subjected to such harsh treatment.

But the NZ Herald today is reporting:

END_OF_DOCUMENT_TOKEN_TO_BE_REPLACED

There is nothing like a dame, as the Americans would have us believe – so let’s salute Tariana

Alf’s mood today is much the same as it was yesterday.

He is in a slough of despondency after reading the NZ Herald’s report on the New Year list of gongs and finding he has been overlooked. Again.

But he has a generous heart and is willing to acknowledge that Tariana Turia is a worthy recipient of a damehood.

The Honourable Tariana Turia, Wanganui, for services as a member of Parliament.

END_OF_DOCUMENT_TOKEN_TO_BE_REPLACED 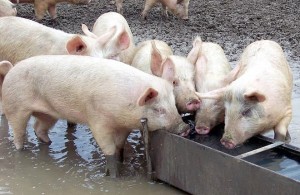 “The bloody Mayor wants to put us on short rations…”

Auckland mayor Len Brown – we learn from the NZ Herald today – has returned from a month-long overseas holiday to a budget revolt by local boards.

A letter signed by all 21 local boards in his so-called super city expresses frustration and anger at a mayoral budget proposal to slash $1.3 billion in spending on parks, community and lifestyle.

This looks (at first blush) like a good thing, if it eases the burden on ratepayers.

But Alf is inclined to suspect the mayor does not really intend to lighten the burden on ratepayers and probably has been obliged to propose these cuts so he can spend much too much public money on other grandiose projects.

END_OF_DOCUMENT_TOKEN_TO_BE_REPLACED

Entitlement: the first slurp from a public trough should be a family member’s privilege

The bloody impertinence of it!

According to a report in the Herald on Sunday, the living standards of the Grumble family could be seriously eroded by plans to make it harder for politicians to hire relatives in taxpayer-funded jobs.

But it looks like some tossers want to limit the exercise of this form of favouritism, which takes blood lines into account.

END_OF_DOCUMENT_TOKEN_TO_BE_REPLACED

No, we shouldn’t be following the bloody wowsers – let’s take our cues on leadership from Churchill

Here’s where prohibition takes you.

Alf was alarmed to learn The Boss has confessed to guests at a fundraising event that he has been on the wagon since his return from a Hawaii holiday last month.

According to this report at Stuff:

Key revealed his abstinence at a fundraising event at Wellington’s Dockside restaurant on Wednesday night. He noted the irony about delivering a speech while standing in the bar.

A spokeswoman said “He is just taking good care of himself for the campaign.” Key is known to favour pinor noir and English-brewed Bath Ales.

Obviously The Boss did not consult Alf before taking what looks like a drastic as well as highly unnecessary course of action.

END_OF_DOCUMENT_TOKEN_TO_BE_REPLACED

Which one is regarded as special by that UN thing we signed?

It looks like the special treatment of our indigenous persons is shaping up as a campaign issue – if it isn’t quickly snuffed.

It also looks like anyone who says our indigenous persons are given special treatment will be denounced as racists.

He wonders about the political wits (and balls) of those who do.

One of them is ACT Party leader Jamie Whyte. Another is New Zealand First’s Winston Peters.

According to a report from Radio NZ, they both say ordinary Maori do not benefit from what they call race-based laws.

But the Maori Party – bless them – said the ACT Party and New Zealand First are vying for the redneck vote.

And they say Jamie’s ideas have no place in New Zealand politics.

If they have no place in our politics, of course, they can’t be discussed.

END_OF_DOCUMENT_TOKEN_TO_BE_REPLACED

John Banks is unlikely to be able to lay claim to the Maori Throne. Not successfully, anyway.

Accordingly it will be difficult for him to argue that a conviction for breaking the law around electoral donations might disqualify him from sitting on that throne one day . A conviction therefore is on the cards, when he turns up to learn what sentence has been decided for him, even though his offence is not in the same anti-social league as the burglary and drunken driving that landed a certain high-ranking indigenous person in trouble.

Well over half the people questioned about Banks’ fate in a survey accordingly have a fair chance of finding the judge goes along with them when they say they want him convicted.

Banks – it will be remembered – was leader of the Act party before he resigned last month. He was a former government minister, too.

Alas, he was found guilty in the High Court at Auckland of knowingly filing a false electoral return.