You’ve got to give Peter Moeahu full marks for gall.

His undemocratic cause was lost when the good citizens of New Plymouth went to the polls to decide if it was a good idea for their district council to have a separatist ward reserved for indigenous persons.

An overwhelming majority of those who bothered getting off their chuffs to vote made plain it was a bad idea.

But this Peter Moeahu feller sees this as a chance to push an even more provocative idea.

He is calling for New Plymouth’s council to reconsider appointing iwi representatives to influential standing committees.

This means they would get to influence council decisions without having to go through the bother of getting elected, even in a separatist ward.

END_OF_DOCUMENT_TOKEN_TO_BE_REPLACED 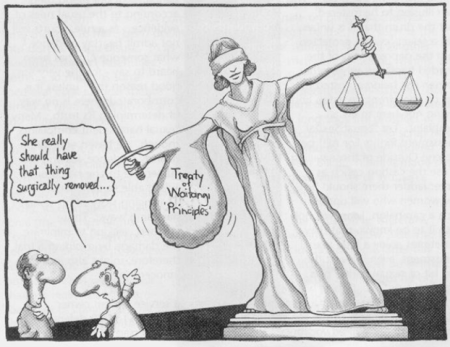 Gareth Morgan can be a know-it-all pain in the arse.

But sometimes his willingness to stick his neck out and say what needs to be said is refreshing and to be applauded.

Perhaps these occasions most often arise when his opinions coincide with Alf’s on certain matters.

This is certainly the case today, when Morgan writes in the NZ Herald about constitutional issues raised by the two language versions of the Treaty of Waitangi, the aspirations of indigenous persons, and the role of the Waitangi Tribunal.

END_OF_DOCUMENT_TOKEN_TO_BE_REPLACED

Want to see why Delahunty got a 2/10 mark from Trans Tasman? Just look at her Treaty thinking 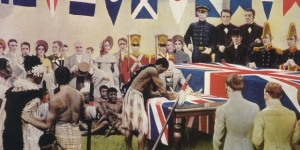 And when we Pakeha become more politically enlightened, this treaty will entitle your people to a 50:50 share of all governance arrangements…

Alf hadn’t noticed a recent opinion piece by Gareth Morgan, the bloke with a dislike of moggies but – hurrah – a great urge to preserve our democracy.

Morgan was contributing to the debate over Maori representation on local councils.

More particularly, he was taking issue with New Plymouth’s (very temporary) Mayor, Andrew Judd, who had embroiled himself in a debate over whether his council should have a Maori ward and was calling for all councils to have Maori provide half of their councils.

END_OF_DOCUMENT_TOKEN_TO_BE_REPLACED 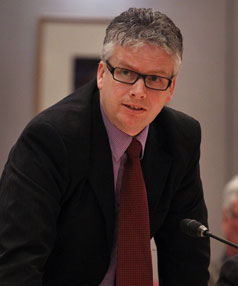 About two months ago, the Mayor of New Plymouth was getting kudos from the Maori Party – and no doubt from lots of other Maori leaders – for acknowledging that our indigenous persons are special and should be given special treatment.

His council had just voted for a Maori ward by seven votes to six.

But he was getting plenty of stick, too, from folks who had the temerity to be miffed at the Mayor’s tinkering with their democratic structure (and doing it on the strength of a very close vote)..

One councillor – a true democrat – had the balls to oppose the move and resigned in protest.

The mayor, Andrew Judd, showed troubling signs of being confused about what he was up to.

END_OF_DOCUMENT_TOKEN_TO_BE_REPLACED

Without a firm Treaty underpinning, does the colonising of NZ simply prove that might is right? 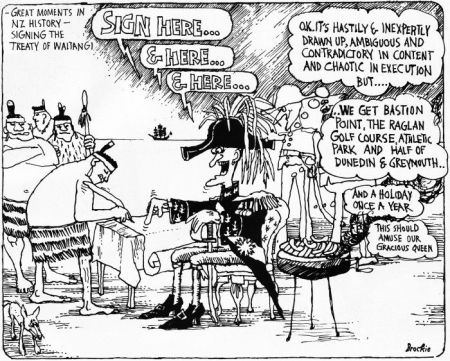 Dunno if Alf has got a proper grasp on it, but it looks like the Treaty of Waitangi is a bit of a crock.

One mob signed it on the strength of their understanding of what it says in plain English.

The other mob signed it on the strength of their understanding of what it says in Te Reo, their lingua franca.

What sort of a basis is that for establishing a comfortable relationship between Maori and the Crown, let alone the underpinning of a written Constitution?

The significance of this difference has become awkwardly apparent since the Waitangi Tribunal produced its latest report on how the colonisers treated indigenous persons in the early days.

END_OF_DOCUMENT_TOKEN_TO_BE_REPLACED 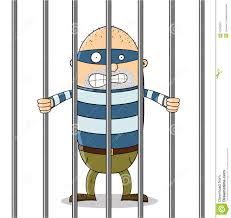 “But you haven’t given enough weight to my Treaty rights?”

Someone by name of Narelle Henson can’t yet celebrate. Nor can Alf’s mates, who share her opposition to the notion that jailbirds should be able to vote in general elections.

Narelle Henson expressed her views in an article in the Waikato Times under the heading You can’t have your cake and eat it too.

She was unsympathetic with the case brought by Arthur Taylor, a bloke she reckoned had broken the law 150 times who was appealing to the law for the opportunity to choose the lawmakers.

Taylor and six other inmates hope to stop the general election, on the grounds the banning of their voting went against the Bill of Rights and the Treaty of Waitangi.

Narelle thinks this is preposterous.

END_OF_DOCUMENT_TOKEN_TO_BE_REPLACED

Don’t take the Treaty too lightly – to gauge its weight, just try moving it a few hundred metres 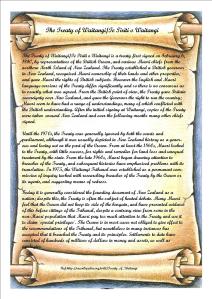 Dunno about you, dear reader.

But Alf had been under the strong impression the Treaty of Waitangi is a document of the sort that could be carried from Point A to Point B in a briefcase.

There are three paragraphs and a few signatures.

But if you reckon you could carry it that small distance, think again.

We learn today that a stalled project to shift the Treaty from its current home in Archives New Zealand a few hundred metres up the road to the National Library is resuming.

How far, did they say?

And how long has it taken so far to get it there?

The project, known as Active Archives, was first announced in 2012 by then internal affairs minister Chris Tremain, but stalled in December last year when the Department of Internal Affairs (DIA) said it would not meet its deadline.

We must suppose the delivery was entrusted to Snail Mail and the snail has taken longer than a snail should, perhaps because it was kidnapped by French persons to be eaten.

END_OF_DOCUMENT_TOKEN_TO_BE_REPLACED

Body snatching a grave offence? It depends (Tuhoe will tell you) on whose law you want to observe 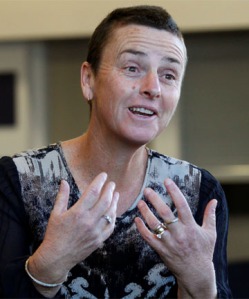 You want me to sort it out?

The headline on a Rotorua Post report on June 19 was more than a mite premature with what it told us.

Man laid to rest on seventh anniversary of death

The accompanying story told readers that one James Takamore would be laid to rest in Christchurch on the seventh anniversary of his death, but the location was being kept a closely guarded secret.

As it turns out, James Takamore’s body is being closely guarded too.