As the movie moguls fly in, Phil Goff flies out – but will he confront Simon Whipp? 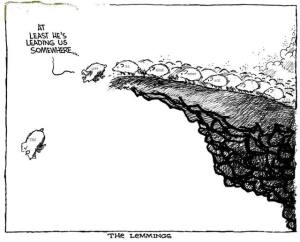 The good news: Phil Goff is off to Australia.

The bad news: he has a return ticket.

But he won’t be back in time to help or hamper desperate effort to repair the damage done by threats of an international actors’ boycott of The Hobbit.

Warner Bros is considering taking the production to another country after the unions tried to negotiate terms and conditions of the contracts for The Hobbit, despite the (too late) lifting of the boycott.

As The Herald reports –

Probably just as well, Goff will not be here.

Alf spotted the news this morning that he has lined up a meeting with Australian Prime Minister Julia Gillard.

His meeting comes ahead of the first formal meeting between Prime Minister John Key and his Australian counterpart in Vietnam this week on the fringes of the East Asia summit.

So what’s it all about?

Goff said he was interested in finding out what lessons New Zealand could learn from Australia’s approach to the economy.

“I’m also looking forward to discussing ways we can continue to build on our relationship to the benefit of both our countries.”

But Alf can find no mention of a meeting with the Australian union boss at the centre of the industrial row over The Hobbit.

The effect could well be to destroy the New Zealand film industry, something that should delight the actors who belong to Whipp’s union in Australia, because it knocks out their Kiwi competition for work Down Under.

Goff has been very coy about this, as outfits like the Council of Trade Unions became embroiled in the industrial spat.

Labour party president, union leader and parliamentary aspirant Andrew Little has had bugger all to say, too.

They have good cause to be coy. The bolshie actors have reminded the country of the great economic damage that trade unions can inflict if the buggers aren’t kept under control with good labour laws.

But Goff and Little want to make things easier for the unions and not so easy for the bosses.

Not much more than a week ago Goff was trying to assert his leadership to his party’s conference by announcing policies favourable to the unions.

A consequence of the actors’ yahooing, aided and abetted by the CTU, will be the undermining of Goff’s election prospects.

If The Hobbit is moved offshore, you can consider those prospects derailed.

PHIL: It’s OK for people to try and negotiate terms and conditions. Nobody should get in the way of that of course, but there’s ways of handling these things, and the way that was handled was strategically very very poor, because it turned into a debate about who we are as New Zealanders, and that’s why, of course, the public is blaming the union movement so much. And might I say, this is going to cause a bit of a problem for Phil Goff, because just last week at the conference, he was getting a bit of momentum, and it was based on giving unions more power. Now, the New Zealanders might now say, ‘Well, gee, are you sure about that, Phil?’ So this has wider political ramifications as well.

CLAIRE: Oh, I think Helen Kelly is damaged this week. I think she’ll probably come back, because most people who have a disaster do come back from it. But I think Phil Goff has actually been damaged this week as well. As Phil [O’Reilly] said, he came out all guns blazing last weekend with a new image, and because the Labour Party’s trying to identify a lot more with the left, with its core constituency, with the unions. He’s been mute. He hasn’t been able to say anything. On Friday, he was tweeting about being in the Hawke’s Bay making omelettes. I mean, this is not what Phil Goff needs to be doing at this point in the electoral cycle. He needs to be speaking out.

Yes, he did need to be speaking out.

Speaking out in denunciation of the unions.

And he should be doing some sorting out.

He could start by sorting out Simon Whipp, the national director of the Australia-based Media, Entertainment & Arts Alliance.

NZ Actors’ Equity has been an independent branch of that organisation since 2006. But Whipp obviously cracks the whip, so to speak.

How else do you explain the Kiwi bunch racing for the cliff edge like a bunch of mindless lemmings hellbent on self-destruction?

The best that can be said is that the hapless Goff’s political future is being swept along with them.

This entry was posted on Monday, October 25th, 2010 at 8:16 am and is filed under Politics. You can follow any responses to this entry through the RSS 2.0 feed. You can leave a response, or trackback from your own site.