An absurd idea put to the Justice and Electoral Committee is to give children a vote on the flag.

The first obvious objection is that there should be no vote because the flag we already have flies just fine, thank you.

The second is that we already have heaps of adults who should not be allowed to vote, so lowering the age limit to allow their spawn to share the privilege is too much for Alf to stomach.

But hey – there’s always some plonker ready to promote a silly idea.

And there’s always some political scribe only too willing to give it a bit of oxygen with a provocative introductory paragraph.

Stuff kicks off its report with a sentence suggesting this particular idea has much more legitimacy – and momentum – than it deserves:

New Zealand could be recognised as the first country in the world to give children the vote, starting with the flag referendum.

END_OF_DOCUMENT_TOKEN_TO_BE_REPLACED

Heavy rain is one story to explain airport ceiling’s collapse – but what about a change of name?

Wanna know what happens when you consider changing names of an airport?

This newspaper report gives us a clue:

Pieces of the ceiling fell on three people, including a teenage girl, in a “distressing” incident at Hawke’s Bay Airport earlier this month.

A woman who did not wish to be named said bits of a ceiling panel rained down on her, a mother and her 13-year-old daughter while they sat waiting for an early-morning flight on April 10.

The 13-year-old girl received the “brunt” of the debris, with it landing on her head and neck.

“There were three of us. Obviously we were in shock – there was water dripping down on us afterwards. Eventually, when one of the Air New Zealand ladies came over, she said the area was cordoned off a month before when there was a lot of rain. Somebody knew there wasn’t something right up there, somebody wasn’t ensuring the safety of the public.

“We went to line up [for the flight] after we’d brushed the sodden ceiling off us.”

END_OF_DOCUMENT_TOKEN_TO_BE_REPLACED

Alf makes this observation while acknowledging that his judgement is steeped in envy, because he missed out on the junket that Borrows is now defending.

The best means of defence, as Chester clearly knows, is attack.

So he is sticking it into the media for making a fuss about the cost of the junket that took him and a gaggle of other MPs to bits of Europe.

He is saying this treatment of the Speaker’s delegation shows it takes New Zealand’s democracy too lightly.

END_OF_DOCUMENT_TOKEN_TO_BE_REPLACED

Uh, oh – the Brits are moving towards reducing their health bill by hastening the ends of older patients

Actually, Alf is more likely to want to cling to life if a spunky female medic gives the mouth-to-mouth.

It won’t be too long before the Grumbles will have to give England a miss in their travel plans.

This will be highly disappointing for them, because while they don’t much admire your basic Pom they do admire the Royals. And England is where the Royals (the ones who matter) happen to live.

But age is catching up on the Grumbles and soon it looks like they might find themselves on a one-way ticket if they visited the land of Buckingham Palace, Windsor Castle and what-have-you and went down with a tummy bug or some-such.

Especially if their ailments led them to a stay in hospital.

END_OF_DOCUMENT_TOKEN_TO_BE_REPLACED

The Boss has his priorities right,

He has defended his upcoming trip to Saudi Arabia and said a free trade agreement with the Kingdom will allow the two parties to talk about a ‘range of issues’ including human rights abuses.

He’s the first Prime Minister to visit Saudi Arabia but there are some sad-sack grouchers in this country who reckon he shouldn’t go because of the country’s human rights abuses, including beheadings.

It so happens Alf does not regard a beheading as a human rights abuse. It’s simply a means of execution and there are some bastards who thoroughly deserve be dispatched from the land of the living.

END_OF_DOCUMENT_TOKEN_TO_BE_REPLACED

The Anzac Day cross above Tinui township, not too far from Alf’s home.

First priority for Alf today was to get down to the Anzac Day service at 10am.

The Grumbles had been tempted to go to Tinui, on this 100th anniversary of the Gallipoli landing, but opted to stick with the home town’s service.

Tinui was tempting because it’s not too far from Eketahuna and plays a proud role in the history of  Anzac Day:

END_OF_DOCUMENT_TOKEN_TO_BE_REPLACED

Sure, Larry has billions of dollars, but obviously not enough to help his Warkworth company’s R&D

Driven by a fair wind and a nice Kiwi subsidy…

Alf’s mates in the Eketahuna Club are pretty keen for him to have a chat with Steven Joyce about some of the R&D funding handouts he loves to toss to people who seriously look like they don’t much need it.

They are livid that some of this boodle has been tossed to Oracle’s boatbuilder – potentially worth up to $17.25 million, according to media reports.

END_OF_DOCUMENT_TOKEN_TO_BE_REPLACED

Should rescuers listen to Blue and not touch people without their OK – or would that be a big blue? 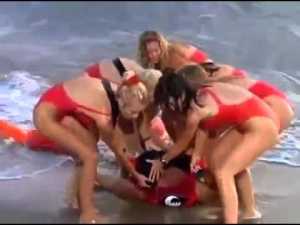 These ladies would get no complaint from Alf, if they manhandled him without his permission.

Bloody Jackie Blue is banging on again, obviously abandoning her National Party loyalties for the moment.

She has been prompted to add to the outpouring of feminist condemnation of The Boss over that pony tail stuff.

And what does she know about it?

Not much, as she acknowledges:

END_OF_DOCUMENT_TOKEN_TO_BE_REPLACED

Pony tails and a bit of horse play – but that was a nay from the waitress, Boss, not a neigh

Alf has put his prime ministerial ambitions on hold today.

He had always expected that on becoming the country’s leader he could do lots of things –  dissemble, fib, forget the details of meetings, chat regularly with Whale Oil, appoint  mates to good jobs in the state services, play golf with Obama and so on.

He also thought that with the diplomatic protection squad blokes on hand to protect him, he might be able to pull the pony tails of pretty young sheilas in cafes, confident the the protection squad would step in and protect him should the sheilas retaliate and try to kick him in the nuts, which is what Mrs Grumble said she would do if she had a pony tail and a bloke pulled it.

Alf thought the pulling of pony tails very appropriately could be explained away as horse play.

And if anyone was crass enough to demand explanations, well, a bit of eloquently expressed horse shit should ensure against too much fuss.

END_OF_DOCUMENT_TOKEN_TO_BE_REPLACED 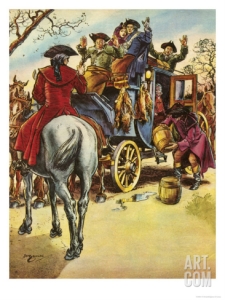 No, it’s not highway robbery if we give you a plate of pork and puha in exchange.

Alf is by no means surprised to learn that the organiser of a controversial fundraiser has defended the stopping of travellers in the middle of the road to ask for cash.

That’s because – if the sheila’s name gives any clue to her ethnicity  – the organiser is one of this country’s indigenous persons.

Indigenous persons (liberally interpreted in this country to apply to the descendants of any immigrant whose boats got here before Abel Tasman or Captain Cook) have been accorded special status by our Government, perhaps because The Boss was having one of his brain fades when the Maori Party pressed him to endorse the idea.

The upshot is that indigenous persons can proudly lay claim to a great array of special entitlements, and it seems that the right to hold up people on roads in the Coromandel and relieve them of some of their money is one of them.