Why ban smoking in prisons? Recidivism could be reduced by reducing the life spans of jailbirds

And thanks to the carrot sticks, I don't really need the flashlight.

Alf sounds a serious caution about plans to feed more carrots to jailbirds to help wean them off the smoking habit.

His mum always told him that eating carrots would help him to see better in the dark.

Improving the night-time vision of criminals with an inclination to burglary and other nocturnal crimes does not seem to be conducive to crime reduction.

Your hard-working MP accordingly will be taking up the matter with Crusher Collins, our Minister of Corrections.

The news that prisoners are to be given more carrots comes from Stuff.

END_OF_DOCUMENT_TOKEN_TO_BE_REPLACED

If they are horrified by two road deaths, how will they respond to the death toll from killer cucumbers?

It's grim when these things start killing us.

A headline on the inevitable road toll story that adorns the Herald’s pages on Mondays is a load of bollocks.

The caption beneath a photo was just as silly:

So where in the story do we find why these have been labelled NZ’s deadliest roads?

The buggers who write this rubbish should be celebrating the fact that only two people were killed.

We have had a weekend of good weather in which thousands of people were out on our roads, driving in opposite directions often on narrow bands of highway or street and often at speed.

END_OF_DOCUMENT_TOKEN_TO_BE_REPLACED 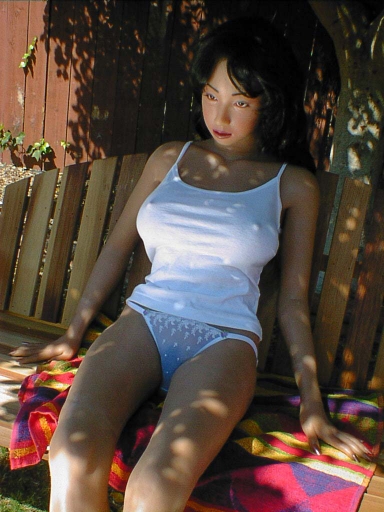 But is she shipshape and seaworthy?

Alf had never had an overpowering urge to visit Lithuania.

He is much more disinclined to go there now, having learned of the fondness of Lithunian men for inflatable dolls.

The alarm bells have been sounded by The Telegraph in Britain, which reports on how Lithuanians have been celebrating “National Men’s Day”.

Among other things, they competed in a swimming race where sex dolls were used as rafts.

END_OF_DOCUMENT_TOKEN_TO_BE_REPLACED

It looks innocent enough ... but Tariana Turia is on the warpath.

We have much to learn from Tariana Turia.

For example, maybe we should get much more excited about the brand names of the stuff we peddle than with the wholesomeness of the contents of a can.

More obviously, we should draw up a list of iconic and sacred words that should be eschewed when products are branded.

An outfit in Auckland called Kiaora New Zealand International might have been better to go into the greeting card business than the food busienss.

END_OF_DOCUMENT_TOKEN_TO_BE_REPLACED

And if we run out of elephants, we could teach Gerry to sit up like this.

Alf is anticipating a bit of a hullabaloo from a raft of community groups that need weaning off government handouts.

The buggers are complaining today about the Government’s cutting $1.5 million from the Community Organisations Grants Scheme and giving it to four areas of its choosing.

Just imagine their chagrin when they find out about the $650,000 for rugby parties the Government is handing out in Christchurch.

More specifically, according to the Ministerial statement, the dosh is for a new temporary entertainment and performance events village to be set up in North Hagley Park.

The money will be ladelled from the Major Events Development Fund, according to the announcement today from Canterbury Earthquake Recovery Minister Gerry Brownlee and Acting Economic Development Minister David Carter.

This is bloody good politics.

Christchurch needs cheering up after being constantly shaken up, and the poor buggers will be missing out on the Rugby World Cup matches that had been scheduled for their city before the earthquakes scuttled those plans.

The community workers who are being starved of funds are bleeding hearts who probably vote Labour.

END_OF_DOCUMENT_TOKEN_TO_BE_REPLACED

In the good old days you would resist being put in this position.

Alf has some sympathy for Vanessa Moodie this morning.

The poor woman has been expressing her shock at discovering her teenage son has become a practising planker and was photographed lying over train tracks.

She is also dismayed – Alf supposes – to discover she has spawned a son who might be a few sandwiches short of a picnic.

His IQ – the evidence suggests – is not too much higher.

END_OF_DOCUMENT_TOKEN_TO_BE_REPLACED

Today he draws his constituents’ attention to their flair for screwing their clients – in the US, at least – when they are not screwing their mistresses.

A particulary shabby case has been highlighted in The New York Times.

The item spotted by Alf kicks off with a proposition that is glaringly obvious:

If there’s one thing we’ve all learned in the aftermath of the financial crisis, it’s that stiffing your client is not a crime. Not if you’re an investment bank.

The writer illustrates this with a couple of examples.

END_OF_DOCUMENT_TOKEN_TO_BE_REPLACED

The resemblance to a Labour supporter is uncanny.

We should not be surprised to learn that SkyCity casino staff are spraying themselves with insect repellent and are wearing flea collars to keep from being bitten on the job.

“Flea” – as Wikipedia will tell you – is the common name for insects of the order Siphonaptera which are wingless insects with mouthparts adapted for piercing skin and sucking blood.

The “siphon’ bit of “Siphonaptera” gives a powerful clue to the etymology.

As any petrol thief knows, siphoning involves sucking (before gravity kicks in and does the rest).

But when it comes to casinos, things become confusing.

The suckers could be the customers.

Or they could be the casino staff whose work results in some customers being sucked dry.

Either way, Alf is by no means astonished to learn from The Herald that Sky City employees have complained about infestations on the casino floor for years.

Poetic justice, you could say.

END_OF_DOCUMENT_TOKEN_TO_BE_REPLACED

Bill balks at building more jails, true, but this is readily reconciled with Crusher’s plans

And if we run out of containers, we can try Joe's tent idea.

Alf is much more appreciative of Bill English than the law-and-order lobbyists who lament he has gone lame.

Tossers like Garth McVicar have seized on something Bill said without taking into account what he was busting to say next, before his Q+A interview was abruptly terminated.

McVicar – at the Sensible Sentencing Trust.- is accusing Bill of destroying the good work done by Crusher Collins and Simon Power by saying we shouldn’t build any more prisons.

English did cavil with the idea of spending good public money on building more prisons.

But where in the inteview did he say he objected to banging up bad buggers in converted shipping containers?

END_OF_DOCUMENT_TOKEN_TO_BE_REPLACED

How does the UN eliminate human rights abuses? By giving the elimination task to seasoned abusers

"Come and read this, Eva - the UN has put Austria on its Human Rights Council."

Alf’s laughter after the naming of new appointments to the UN Human Rights Council could be heard throughout Eketahuna North.

The idea that the world’s human rights should be placed in the care of some of these countries (some would say all) is absurd.

According to the Press Release, six countries that have never previously served on the council are among 15 new members of the Geneva-based body.

It was all deliciously democratic and involved a round of balloting among UN Member States.

It would be great to know which ratbag countries NZ supported.